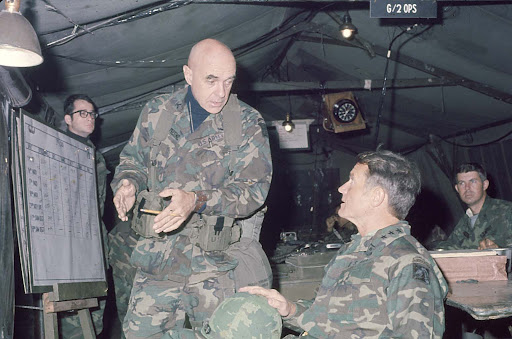 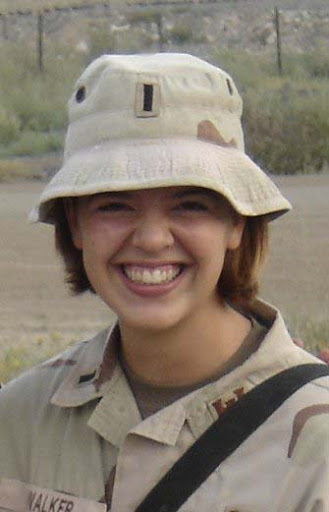 General Warner's granddaughter, Lt Laura M. Walker
I worked for General Warner when he commanded XVIII Airborne Corps at Ft Bragg, NC. I look at the picture of Warner being briefed by G-2 and memories come tumbling back of what it was like in that tent. I remember General Warner being very straight forward, direct and no nonsense in what he demanded of his officers and men.
At the Dragon Club (all ranks enlisted club), General Warner kicked a juke box playing, "Take this job and shove it" which ejected the record. The man had a point. All correspondence originating from Warner was signed by him in green ink. I still have two letters of commendation signed by Warner and that iconic green has yet to fade.
A few months ago I was reading about Warner and his opposition to the wars in Iraq and Afghanistan. His criticism was straight forward, direct and intelligent. I was surprised to learn his granddaughter, Lt Laura Walker was killed in action when an IED exploded under her Humvee on 18 August 2005. She was 24. She was a remarkable woman who paid the ultimate price for following family tradition.
Posted by tintin at 16:47

Wow, thanks for sharing this Tintin - you certainly have your own direct and no nonsense way of saying things! DMW

DMW- That may explainn why I've been fired so many times.