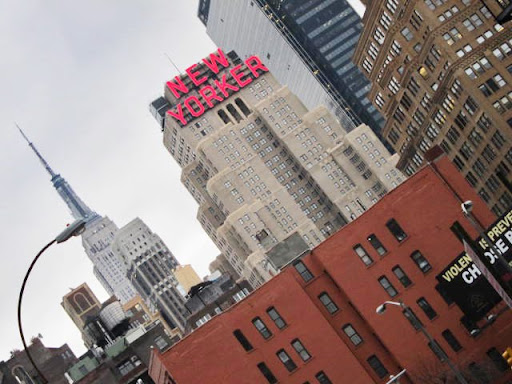 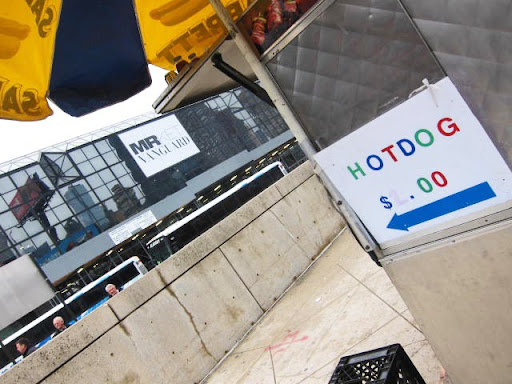 The Javit's Center hosted a boat show and the MRket show... I worked with a guy who took a model to the Boat Show. He put a $40,000 deposit on a yacht that knocked the model off her heels. That night she knocked him out of his Aldens. He stopped payment on the check the next day. You see a lot of guys at boat shows with arm candy. I wonder if the word is out. I skipped the boats... 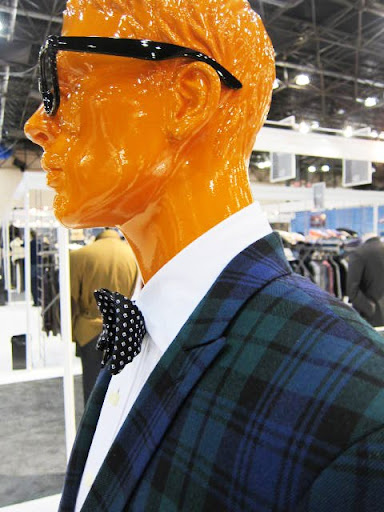 Black Watch is the new black 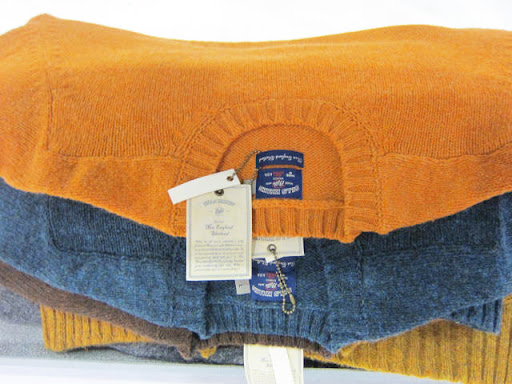 Bill's Khakis made in the US shetland 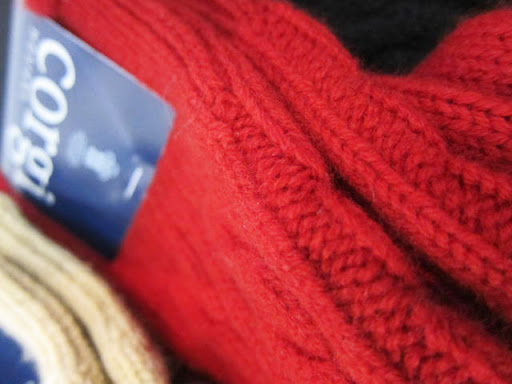 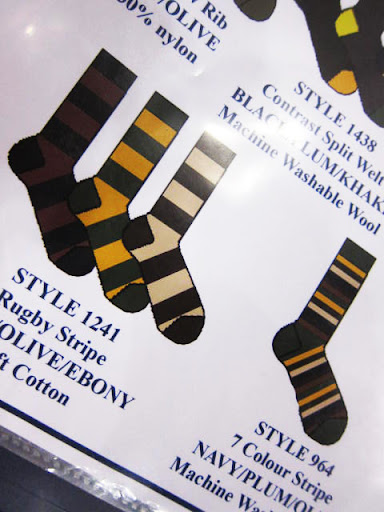 and new stripes this Fall. 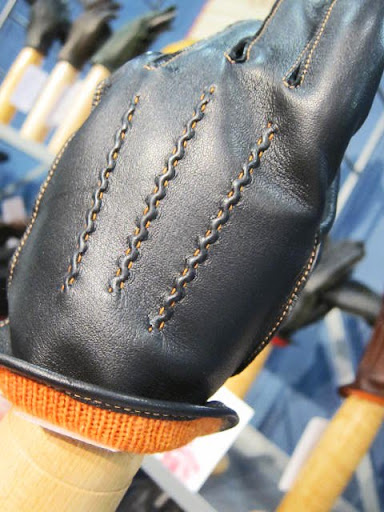 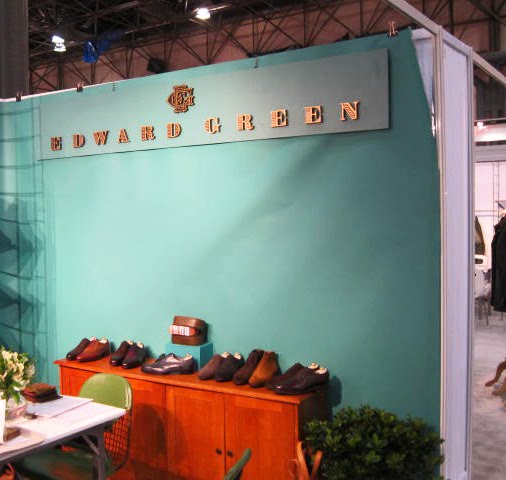 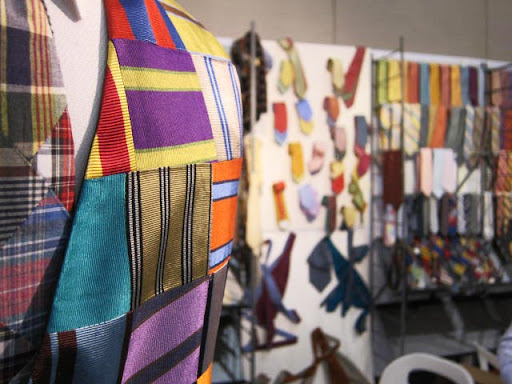 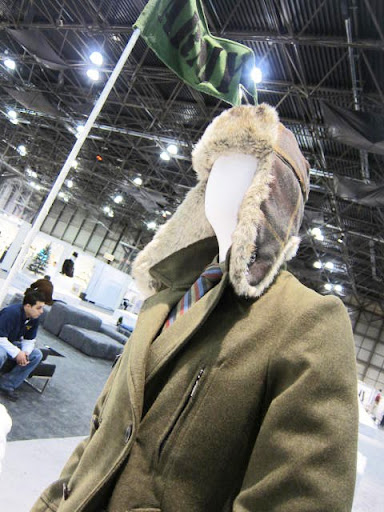 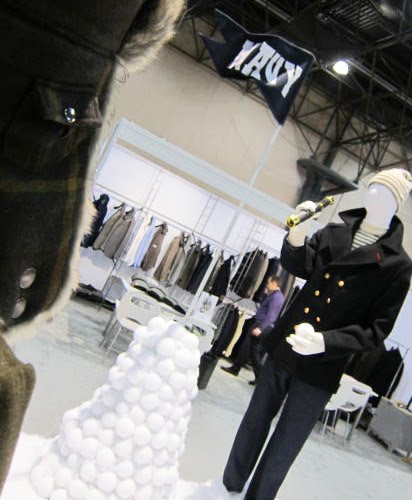 There is nothing worse than attending a Metal Extruder show in Chicago in January. Except trying to sell insurance at the Metal Extruder show. There were reminders of extruders at the MRket NYC / Vanguard show but booths were filled with Italian, British and US apparel all headed for shelves this Fall.

An Edward Green rep may have put me off their shoes forever but Walter Schik of Bentley Cravats was warm and inviting while John Roberts of Dents hit me with a fake tackle when he caught me photographing his new line of gloves. Just like an extruder show...

I dunno about that. I went to a tech show in Shanghai that was pretty damn horrible. The medical show in New Orleans however, that, that my friends, well, that was something.

Do tell about your EG experience

The Navy jacket with those cool buttons - stunning.

Those Shetland sweaters - bring back memories - they look like sweaters ala the Yale Co-op from the 1960s --- very classic!

Thanks for taking the photos.

Try a "staff developement" day for teachers at the average high school...thanks for that ruse with the check, may use that some time, adapted for my reality, but still..

LPC- I think anytime you get people in a convention hall it's gonna be Bad.

K.A. - I assume he had a very long day or his dog died. It happens to the best of us.

Silk Reg- Great observation on the Co Op. I never saw it but you're right. They are great looking.

Zambo- I brought that up because that guy was a sleaze bag. And I know you're not.

angel cake still no where to buy a hat in nyc advice? Boop-kins still no scarf post? Oh you pain my sensitive soul, sweetheart.

Anon- Suck it up, Ace. You're acting like a dame.

Great Bills Khakis' sweaters! Where can I find?

Anon- Suck it up, Ace. You're acting like a dame.
boopkins, I can take it, but it would be easier to take with a. a nice hat at good price that i could pick up somewhere within our IP adresses, 2. a bright scarf to cheer up your morose reactions to my humble requests. So come on sweetheart,

Alice- You are not predictible. I thought you'd go for the New Yorker shot.

Tintin: how about a shoe making machinery show in Chicago in January? That was in the days when they made shoes here. Ed Green's guy was snooty? Well they make great shoes so it's generous of you to give him the benefit of the doubt (on the other hand he could have been a total %$#hole like your sleazeball colleague). And yeah you see some nice chicks at boatshows (I visited a lot in my menopausal years). You also see some nice chicks on boats (if you're ever on a bunch of rafted powerboats on a Sunday afternoon you know what I mean).

"booths were filled with Italian, British and US apparel all headed for shelves this Fall."

Refreshing to see this. It is distressing to see the number of once quality brands (Barbour, Brooks Bros., Sperry, etc.) that are haveing their once-quality goods now made in China. Nothing political here, just that who wants to wear this cheaply made crap?