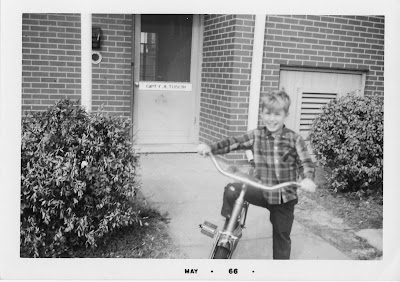 I was found on the business side of an artillery range by the MPs with a friend who showed the way. We were walking around mostly desert with tumble weeds when we saw a large unexploded round circled by white engineer tape.  And another and another.
Even at seven,  I was thinking we might be in over our heads and was secretly relieved when the MPs showed up -- After a brief and friendly interrogation I would have the time of my short life riding home in an open jeep with the wind blowing through my pre-Beatles crew cut.  My mother could only say, "Wait until your father gets home" over and over.
There is a unwritten law for military brats and it's this, "Whatever you do is a direct reflection on your father and his career.  Drugs, black market, shop lifting in the PX, wearing long hair & peace symbols…the list goes on.  This law eases up when living off post but when then neighbors see you being driven up to your home in a MP jeep…there's not much room to hide.
I was in the tub playing with a battery powered scuba diver when I heard the front door open.  Until I heard the door, I was a blissful million miles away in a seven-year-old attention span.  The scuba diver in the tub.  The monkey banging cymbals in my head.  All of it came to a dead stop when the door opened and I knew…without any doubt, I was going to die.
Posted by tintin at 05:46 6 comments: 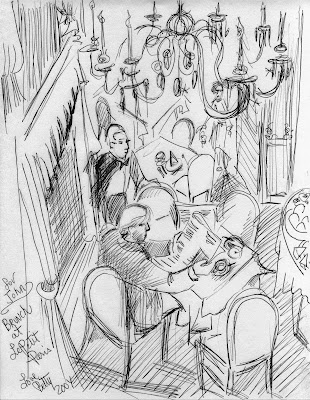 If We Lost...the American War of Independence 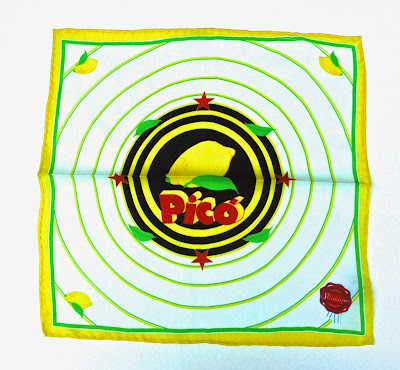 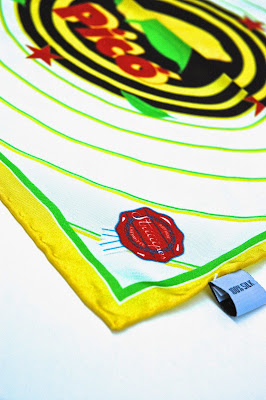 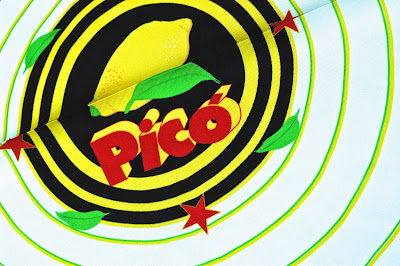 One of the things I like about Arthur is the distance he's managed to travel so far off the reservation. Unashamedly original, Arthur Lhermitte is the owner of Striiiipes, a small on-line shop in Paris.  I've written about Arthur before and I believe he stands on the firmest ground when it comes to matters of taste - without being pretentious - while being just a little crazy. No small feat. Unlike the Chinese who have very small feet. Why is that?

This pocket square (I rarely wear pocket squares, or tie bars, or dental floss around my wrists) is one of three (Pico, Tonic & Peps) echoing vintage fruit wrappers back when fruit was important enough to be have a wrapper of its own. It's a voile-like silk perfect for Summer. So light it almost seems to fly away in the pocket.

Perfect for an unlined blazer of hopsack or a linen jacket and open collared shirt. It would make a great gift when someone least expects it. Not for father's day or a birthday but just because… Give one to an old friend you recently pissed off. That's the title of the post, you know; "Turning Lemons Into Friends." Life's too short to hold a grudge that can be gotten rid of for a lousy 36 Euros. Although, I may not have enough to buy for the Chinese.
Posted by tintin at 08:45 2 comments:

Sundays are my SkaDays. Missing Words by The Selectors. Under the radar but a sone cold classic. It went well with a Bloody Mary, side bacon sandwich and packet of Silk Cuts -- Purple or yellow depending on the size of hangover. 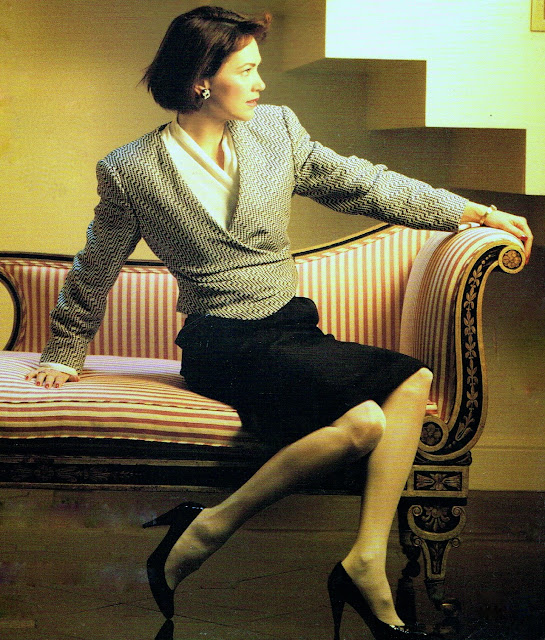 A Life ago, my Ex and I came close to buying an antiques shop.  And while I don't suggest, "On the Job Training" in antiques, it was what we were about to do.  A warning sign came a year later from the infamous dealer, Tom Devenish who, when I asked, "What's new," replied, "That fucking Pembroke table in the corner."  Innocently, we began by taking a week long American antiques course at Winterthur.

On the second or third day, folks in the class were getting comfortable and questions for the instructors increased.  Most were not general but personal, "I have this 18th century toile …" sort of thing.  About this same time the marriage was not going well.  My wife and I constantly argued and she suggested that my interests were in younger 20-ish women.

The Ex was making the 'younger woman' point in class when an older woman, well into her forties and sitting next to an even older woman in her fifties, raised her hand.  They were both wearing needlepoint slippers, khakis and button downs.  A frosted blonde bob topped the hand raiser who asked,  "What would the humidity in Palm Beach do to the veneer of a Chippendale tiger wood mahogany chest?"  As the instructor answered, I leaned to my wife and whispered,  "That's the kind of woman you should worry about."
Posted by tintin at 08:07 6 comments: 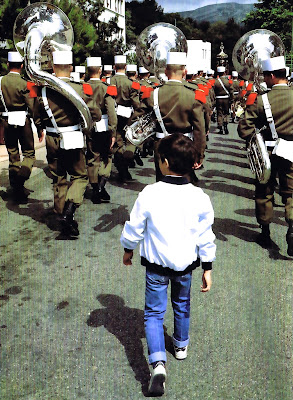 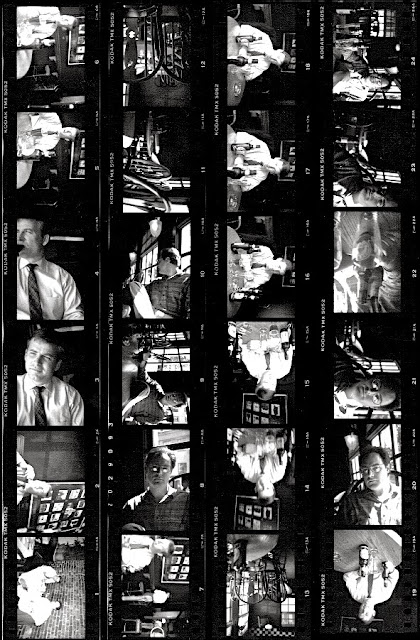