"...who screws around on you all the time" 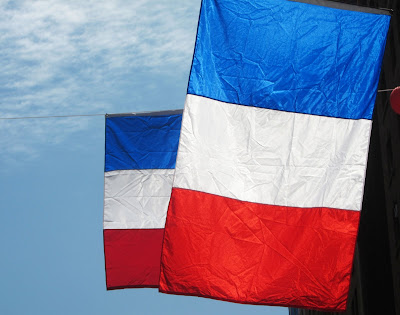 Street fairs are usually street fairs. That is, it falls under my heading of an, 'F.P.E.' or Free Public Event and is to be avoided at all costs - - unless you're in desperate need of a pashmina scarf in July. 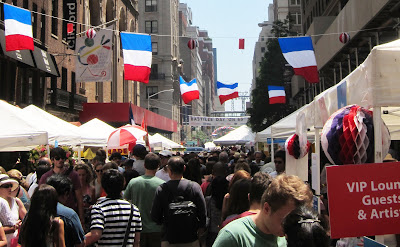 I thought the NY Bastille Day fair would be different. It was, in that Pashmina scarves were replaced with I don't how many crepe vendors. That and a fire broke out in a parking garage where a palpable panic broke out among tourists contrasted with native New Yorker's rubber necking. 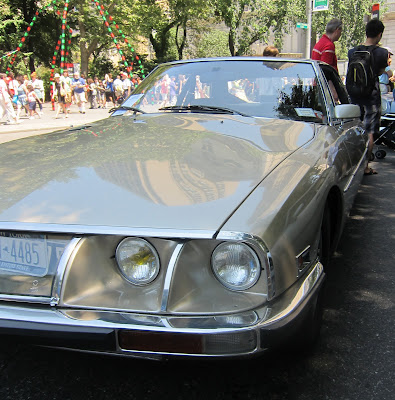 Fleeing west, I was stopped by the most beautiful car in the world. The Citroen SM. The 2CV is too 2. The Traction Avant is too '30s and the DS is too damned much money, but I've had a thing for the SM since high school. 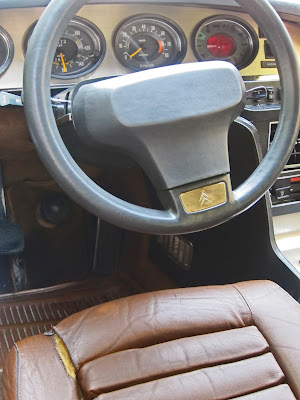 I was lured into buying one for 'a train car' in the suburbs of Chicago. White with a maroon velour interior, it was $6,000 at North Shore Imports. I was introduced to the mechanic who told me the French threw everything about cars out the window and did it their way. 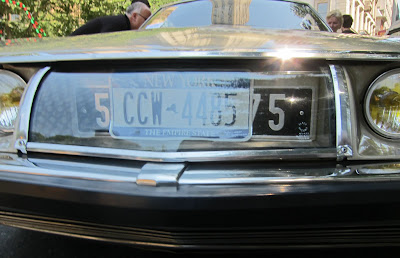 I was reminded of a retirement party for a United pilot who told me he owned a Ferrari in the mid-60s. I asked what that was like. He told me it was like being married to the most beautiful woman in the world -- who screwed around on you all the time.

But the SM is beautiful. 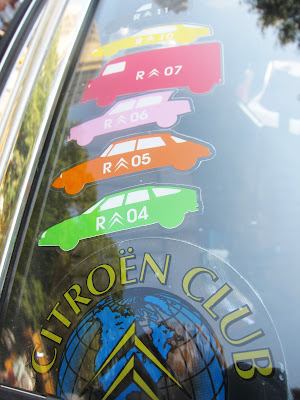 There's a charm and soul to these cars I really connect to. The mechanic also told me the car I was looking at had been sold five times in the last couple of years. 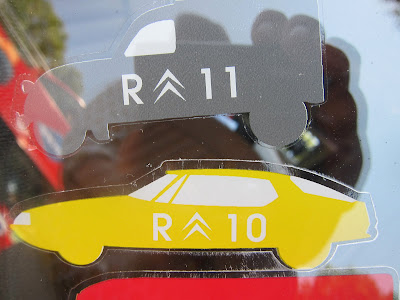 Hairs raised on the back of my neck along with palpable panic. 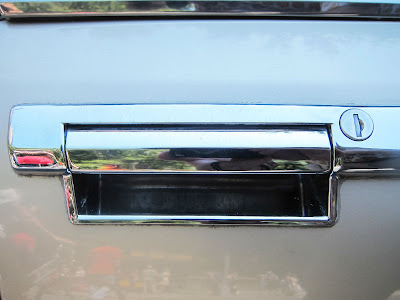 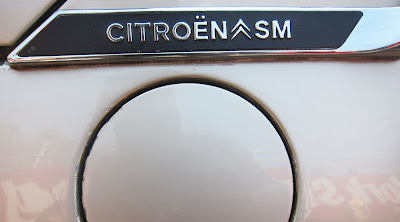 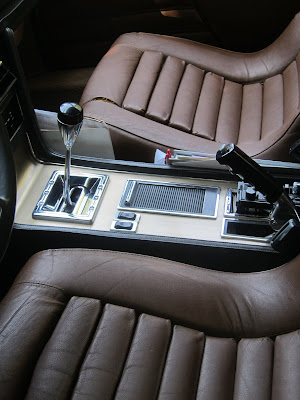 This car has a cassette player. I'm thinking Francoise Hardy. 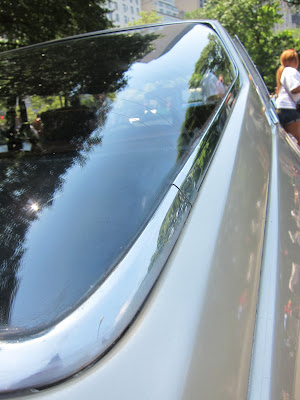 I would love to wash this car. Naked.

You can crack this vent open for the Gitanes smoke 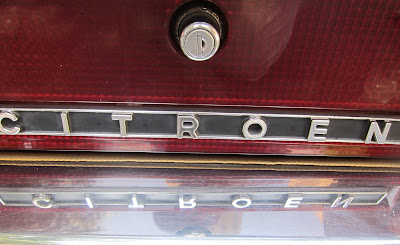 I was always attracted to crazy girls when I was young, but I didn't need a mechanic. 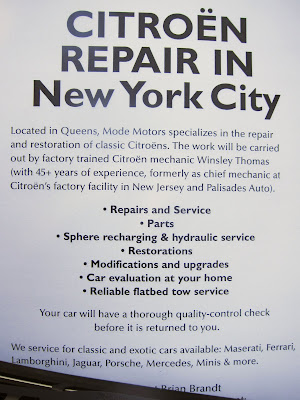 Still, like knowing you can get a haircut in NYC at 4AM, it's nice to know this is available.
Posted by tintin at 09:06

If you ever buy this car, what needs to be done to ensure it is never washed?

Not washing is French right?

A mechanic with "45+ years of experience" ain't gonna be available long...

But I do appreciate the irrational love of quirky and interesting machinery.

What, a post about impractical French products without so much as an RIP for the two Pierres? Shame on you. You can redeem yourself by finding out -- and posting -- when/where the liquidation sale will be held. Get on it! Vite vite!

Anon- Merde! Thanks for the heads up:

The SM is an underrated car, but it's not the most beautiful car in the world. The DS surely takes that title.

Being from Lake Forest, IL I remember well North Shore imports with their many Citroens parked outside. They are lovely cars and very complicated. I am glad that a few people are out there willing to preserve them. Luv your blog.

English writer Frederick Forsyth seemed fond of Citroens, at least in Day of the Jackal. He mentions it a lot calling it a "shark-nose Citroen" that all the government types are ferried around in.

But hey, if you want to wash one naked, please at least wear one of those Borat thong/sling things.

A borrowed Italian engine in a French chassis featuring an incredibly complicated hydraulic system made of 40 year old plastic.

What could possibly go wrong? Like sailboats and horses, the buy-in price only serves as an indicator of the annual running costs.

If you buy one, wash it, and then post images I am never ever ever going on the interwebs again!

Andy N., on the money! A friend of mine once owned a Peugeot. It was always breaking down & costing a fortune to repair. The last straw? The radiator broke. Yes, it broke. It was made of porcelain. Oh those crazy French.

PS. Tintin I just watched a documentary called Pretty Boys, and it was very interesting & insightful. You'd like it. male models and what they have to do to earn a living in an extremely competitive marketplace.