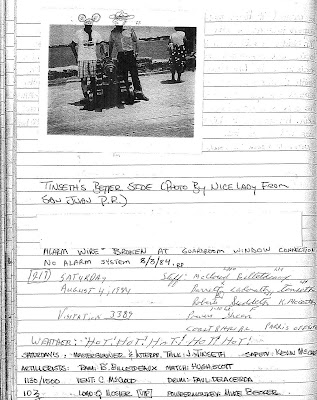 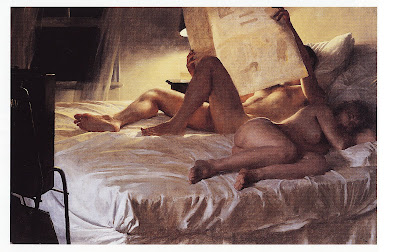 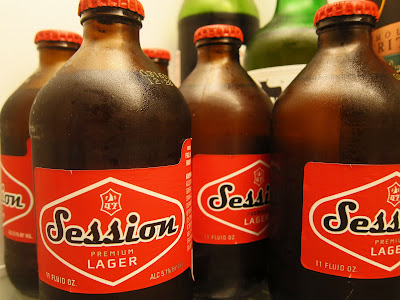 It seems extreme heat has been a companion most of my life. Born in a record breaking August, the early wonder years were spent in the Southwest and Southeast. Basic, Infantry and Jump School were poorly timed and placed over a single cruel Summer at Ft Jackson and Ft Benning.

I saw heat index temps north of 107 as a Summer seasonal park ranger in Florida. Thermal inversions were commonplace with days of 100% humidity and no breeze. Adding to the misery was a paper mill north of town that cranked out a smell so ripe you could walk on it.

Still, truth be told, I'd rather deal with Summer than Winter. It's hard to lose an ear or finger because of the heat. Yesterday, I saw a young couple in their late teens French kissing on the sidewalk at the corner of 56th St and 8th Avenue. I was thinking it's too damned hot until I saw they were wearing jeans and black tee shirts -- Then they were just too damned stupid.

I'm old enough to remember sleeping without A/C and I can feel that John Koch painting like a trickle of sweat sliding down the crack of my ass. Rumors of a black out in NYC this weekend give me serious pause as I wonder if I have enough ice and talc. I'm pretty sure I have enough beer. I hope it ain't warm beer.
Posted by tintin at 11:37

That painting is vivid.

Evacuate....get to the Ocean somewhere...
Never heard of that beer....details please

haha.
stay cool!
Guess jumping into the river is out this weekend, huh?
Did I see a tweet about tons of garbage from a plant accidentally flowing in.
THAT will add a nice, extra summer smell to the city.

What do you trad gentlemen wear when it's this f-ing hot? I assume you ain't sitting on lawn chairs in flip-flops, basketball shorts and t-shirts with the sleeves cut off like us clowns in the midwest.

That said, after the first drink or two, everyone's drinking warm beer when it's this hot.

Warm beer, Seabees aka "My Old Man" solved this problem with a CO2 fire extinguisher in the South Pacific circa 1945.I tried it out on a 6 pack of glass Cokes in a tin bucket when I was 10. Sumbitch works.

You actually made it through your last "year" in high school without the school having any air conditioning, save for the teachers' lounge...

That woman from P.R. who took the photo in your log? I'd lay you odds 10 to 1 that it was cooler in San Juan than St. Augustine that day.

Grew up in Fairmont NC, about 40 miles south of Bragg, no A/C in the schools, worked construction in summers, and in the tobacco warehouses. The farmers asked us how we could stand it...and ya know, I can't recall how myself. Stay inside, Bubba.

As a Canadian who grew up with minus 40 as a not unusual daytime high in winter and enjoyed the outdoors, I will say this in defence of the cold: living in the midst of something that can injure or even kill you does instil a sense of respect, prudence, and maturity in one's attitudes and personal conduct.

Also grew up with AC in house, school,car in Virginia in the 1950-60s. Couldn't stand it now but didn't know better then. The summer shirt style was "bleeding" madras and "batiste" cotton BDs.

Now in Washington state where currently the highs are in the mid-70s to low-80s with little or no humidity.