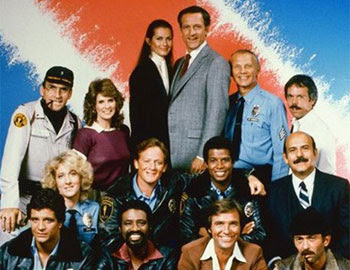 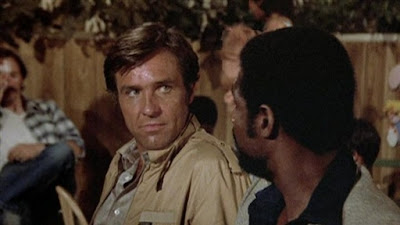 "...a fake Rolex, cheap Italian shoes and a Member's Only jacket" 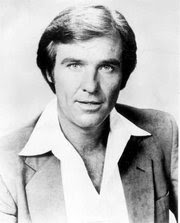 It takes courage for an actor to portray a fuck up week in and week out. Kiel Martin's J. D. LaRue was that fuck up writ large. Martin would have been 67 today had he not died of lung cancer in 1990. Chain smoking, heavy drinking and twice divorced, it was said he didn't so much act as he played himself.

Stephen Bocho's brilliant Hill Street Blues took the cop show and put it on its Sam Browne belt. Basket weaved into the boiler plate police procedural were long looks into character's personal lives. Many times these diversions were bizarre but almost always honest. The good guys could be bad and the bad guys could be good.

Shortly after graduating from the police academy, I was assigned to the midnight to eight shift with a sergeant who would park our patrol car outside his girlfriend's double wide trailer, instruct me to listen to the radio and if we were called, honk the horn.

Hill Street Blues captured truth and humor in police work rather than the fictional hand jobs given in films like Dirty Harry or Bullitt. It looked into the darkness of people's lives which is where the gold is. And nobody on the show had more gold than J.D. LaRue. Although it was surely plated.

A swaggering detective with a fake Rolex, cheap Italian shoes and a Member's Only jacket, LaRue could have easily been that sergeant I worked for. A huge ego hid a mountain of insecurity, infidelity and drink. Easily hated the first season, his character, like the others, became more complex, sympathetic and real.

So here's to John LaRue and to Kiel Martin. Cooler than fifty Steve McQueens and a hundred James Deans put together. Happy Birthday.
Posted by tintin at 09:22

Hold up... You were a cop? Are you sure you didn't just get confused with the colonial role playing in Valley Forge?

So where's all the cop stories?

Bro- I've touched on it. Cop stories are prone to getting stolen so I bite my tounge. Here a couple:

I used to watch Police Story reruns when I was young. Same "real guy" approach.

I always loved the placelessness of Hill Street Blues... the generic urban grid of Any City USA.

I concur in your assesment of Hill Street...I loved that show....in College we religiously watched it from 10-11 on Thuirsay nights while drinking Wild Turkey and cheap Old Milwaukee....then headed out "On the Hill" ourselves...that being the name for the side of the Mountain at Lehigh where all the Fraternity Houses were...and all the Thursday Pub Nights.

Joe Waumbaugh's, 'New Centurions' book attracted me to law enforcement while his 'Choir Boys' cemented the relationship. Joe was the gristle while episodes of Police Story served up the fluff.

Main Line- Yep. Me too. Every Thursday night was beer and Hill Street. 'ME' who has been known to comment here, and I made it a college ritual.

I seem to remember it was in Pittsburgh...
I read New Centurions at Summer Camp after 5th grade and was blown away.

Main Line- A smart assumption since Bocho went to college there but the Old Style sign always sealed it for me.

Gee Tin, I figured you for more of a Charles Haid fan.
I got to meet Ed Marinaro quite a few times when he was up here on a movie shoot about 15 yeas ago. A genuinely decent guy. He was older than he looked but he never tried to hide it. His dates (women who were genuine and substantive) were always bit shocked (and put off!) when they asked and he told them.

Pretty sure the media kit at the time referred to HSB as set in a "fictional Chicago neighborhood".

Great show. Before being distracted by underage drinking at house parties, I watched most of the first two seasons and always disliked this detective. I think it was the pinky ring vibe. But you're right, even my high school sophomore sensitivities could detect that his character arc was headed in a more shades of grey direction. Precursor to the complexity that is "The Wire".

The opening montage was definately filmed in Chicago. the old Style signs and the squad car proved that. Though it was a precint where only Dennis Franz's character's spoke like chicagoans.
Try Crime Story for Chicago actors playing chicagoans.

The giant six pack in Lacrosse no longer advertises Heilman's flagship brand. in fact after a hostile takeover by the aussie brewery, bond who went bankrupt, heilman closed.

Wow, I thought Veronica Hamel was so beautiful and had the sexiest voice. Wow, this takes me back. Loved that theme music, too.

Loved HSB. Bought the box set a few weeks ago. JD was my favourite by far. Seems to have been based on, or inspired by, the police procedural books of the 87th Precinct written by Evan Hunter, aka Ed McBain. There's even a nod to the award-winning author's name in the character of "Howard Hunter". RIP Kiel Martin.

He was a real life hero to me. RIP Kiel.