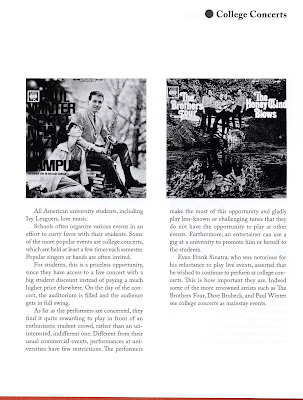 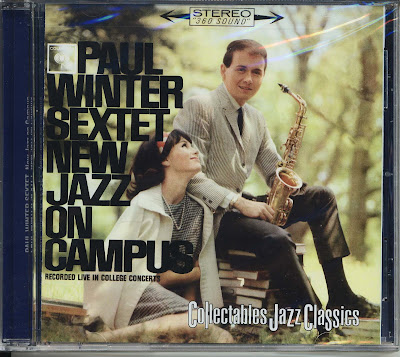 I remember Paul Winter from when I first moved west in 1990. He was doing some eco-jazz that was pretty big - at least in Santa Fe. Even saw him perform there. Nice stuff, a definite notch above most of the new agey things that went along with it. Never would have guessed that he was an Ivy League icon guy as well.

That's one hell of a comb-over on that album cover.

Love the adoring look of the chick.

I suppose I'm not a modern Trad as I actively detest (hate!!!) jazz music and never imagine Trads listening to it.

When I think of Trad I think of classic chaps listening to Baroque. Which is as it should be, IMO.

LWing- The CD is pretty good. Not great but good. He's no Brubeck or Jamal but the CD case is off the hook.

Anon- Phew, I thought you were talking about my comb over.

LBT- I can't think of any segment of music I hate. I like all kinds. Oh yeah, Christian rock. I hate all Christian Rock.