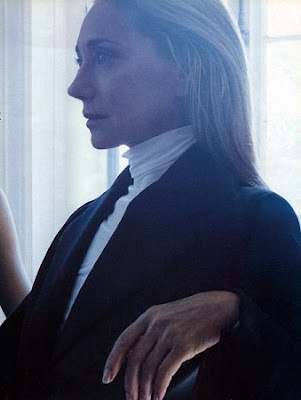 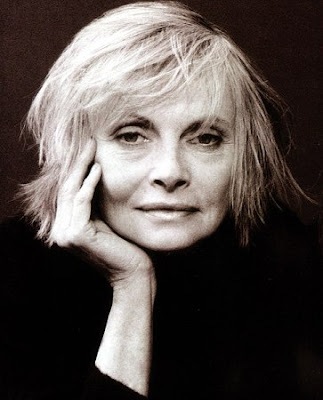 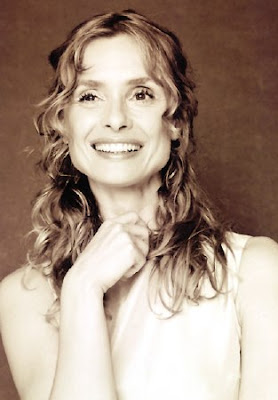 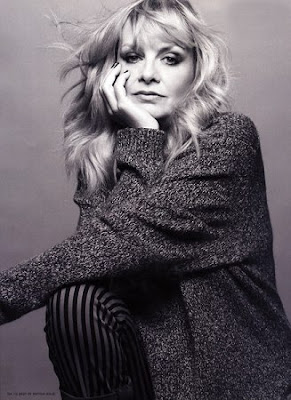 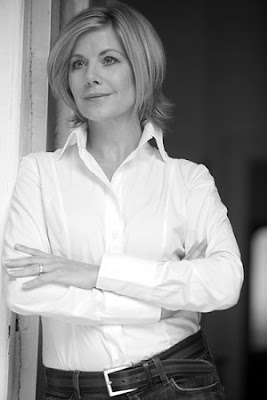 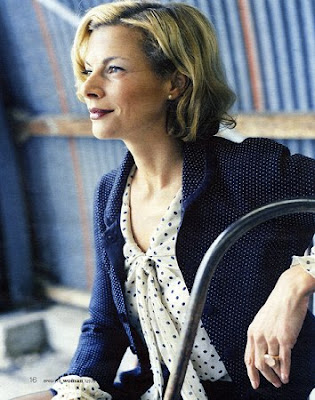 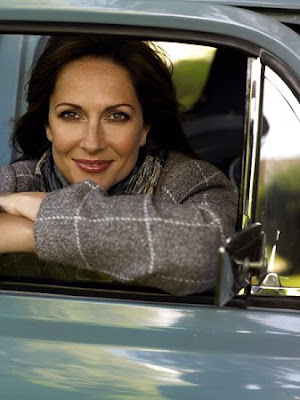 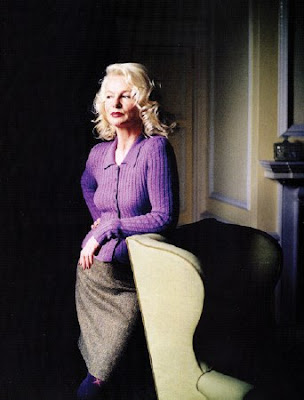 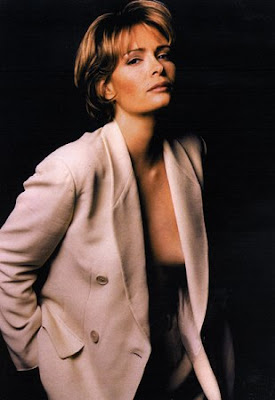 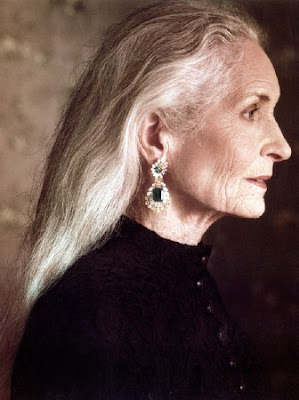 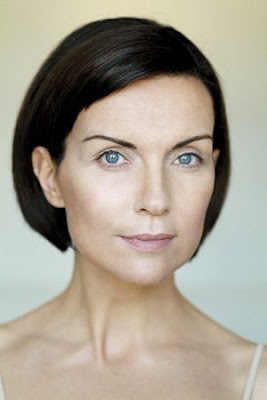 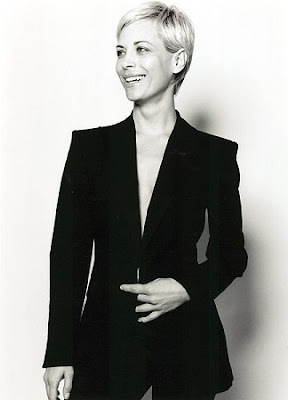 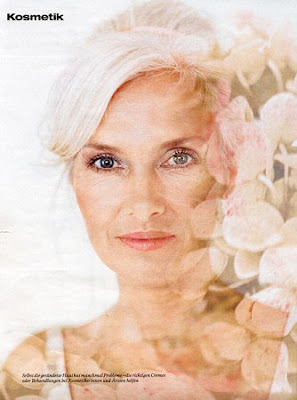 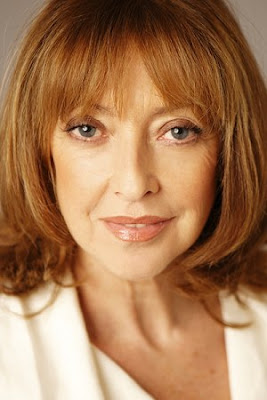 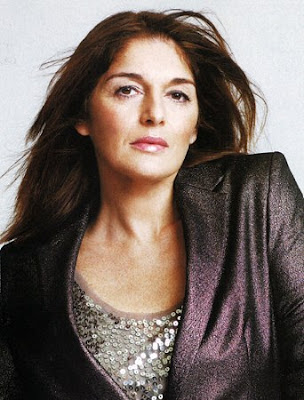 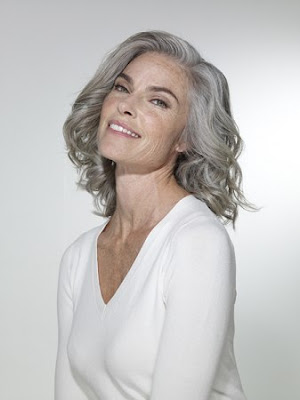 I hadn't been in New York City long. Long enough that the $40 seersucker trousers I was wearing were well past their expiration date. It was early October and I was with college friends at the Surf Club on the upper east side. I was introduced to a red head and was told she worked at Shearson Lehman. She asked if I would buy her a drink. I went to the bar and bought her a gin and tonic and ordered tonic for myself. Not because I didn't want a G&T. But because I couldn't afford it.
Three more gins and tonic for her. Three more tonics for me. We slow danced to Susie Siouxsie and the Banshees, Kiss Them For Me, and since our legs seemed to be getting along so well - - I kissed her. She broke off the kiss and just as I was going to apologise she asked where I lived. "18th between 8th and 9th." I said. "I'm closer." she said. Pulling me by the hand off the dance floor she suddenly stopped and said, "I don't even know what you do." "I'm a park ranger." adding proudly, "At the Statue of Liberty and Ellis Island." less she think I worked for the city or state.
She looked at me and touched my cheek. "Oh, sweetie. I didn't move to Manhattan to meet a park ranger." "So, we're not going to your place?" I asked. "No." she said. "I'm taking a taxi home." She did ask that I call her if that afternoon's job interview at 20th Century Fox worked out.
A week later I sat at the bar in the Plaza Hotel waiting for a college friend to come down from his room. He had a real job with Epcot and was going to abuse his expense account and buy me dinner. A woman came in and sat at the bar a couple stools down from me. I didn't notice her at first but when the bartender asked what she wanted I heard her say, "Whatever he's having looks pretty good." I turned to her and smiled, "It's a Beefeater martini." She smiled back and said, "Perfect." turned to the bartender and said, "I'll have one of those."
A couple of nights later she took me to dinner. She was in her late 50s, divorced, her only daughter in college. She owned a dress shop on the west side and her apartment had a terrace that overlooked Central Park. She had more style than any woman - or man - I have ever known. There was a natural grace about her. Not just in the way she walked but in how she opened a door. Put her keys in her purse. Picked up a phone. Opened a window.
She had a favorite Italian restaurant where the owner knew her. The tables were close and it was hard to move through the room without bumping a table. A woman, who looked the same age as the red head from Shearson, shot me a look from her table as we walked by. A look that said, "She's old enough to be..." And I thought, "Hey, I tried it with your age group."
I'm an older man today. And I still love older women. Although, the older woman has become just a woman. In some wonderful way our aging paths have crossed.

Okay, this might be my favourite post of yours, ever. I admit I am perhaps somewhat biased regarding the subject, however I love the images you've chosen, the plot and most of all, the almost-reverent tone of your writing. What a lovely start to the day.

Ah, Tintin. A nice post, nice stories. It's a good thing you're not a fashion photographer: you'd be fired from jobs for choosing models way beyond the age the magazines would be aiming for.

The nice thing about being with someone YOUNGER than yourself is that you can admire her becoming an "older" woman even if you should desire her as a younger woman. It's sort of a two-for-one thing. If that person is your spouse, is it sexist?

Ah, lovely post ol' chum. I know this feeling. Older women who are comfortable with themselves, who have done the marriage + kids thing, who can enjoy being with a man without silly thoughts of matrimony and eternal love. If only the females my own age (and younger) had half the charm and sophistication of older women... And don't get me started on the older ladies from Europe and Middle East.

Opening the reminiscence chest here Tintin. A nice story but I'm not sure I approve. However, I'm with you completely on the merits of older women and their stylishness. About 20 years ago I was in a now defunct bookstore in NYC and saw Lauren Bacall who was probably around sixty at the time and she blew away any other woman I saw in NYC that day. Ladies who lunch come in for a lot of stick but most of them look rather nice at least visually.

if only we could all age as gracefully!

and if I were in a Lifetime movie while reading this post, the moment you mentioned 'Surf Club' a really bad orchestral rendition of The Way We Were would begin playing in the background...

damn, I miss those days.
sometimes.

I've always loved older women. My last girlfriend was 11 years older than me.

Amen, and here's a toast to the "women of a certain age". What amazes me is that women all think we will all run off with the first 20 year old that winks at us. What they should really worry about is the first 50 year old...

Odd. It seems I met a woman in a french restaurant once who...

(FYI- the correct spelling is "souixsie and the banshees", and their music isn't designed to be danced to, but rather sitting in a dark corner in a prefabricated blue funk. clearly that was a liason best not consumated.)

If I may be so bold, that was the very quintessential moment of Mrs. Robinson meets youth of America.

Thanks for that interlude....

A good friend of mine once said, you have no redeming qualities other than your taste in women. Good taste may be all we need to get by.

We've had this discussion. Damn.

Shearson Lehman...now that's a name that I haven't heard in ages.
As a womans of a certain age myself I appreciated your post and photos.

I'd rather have lunch with any woman pictured on this post than a night with, oh, Cameron Diaz.

DB- Sexist? You? You've got to be kidding.

Joe- It's not just that they look nice. It's about who they are, what they've seen and how they've dealt with life. They're not a 25 year old with a high tide butt and a sense of entitlememt to match. I like high tide butts but you ever try having a conversation with one?

Holly- The Surf Club was something else. As a park ranger I didn't really belong but I loved the place. The waiters were rude, the owner was stoned, the girls were snobs, no one ever talked to me and I couldn't afford it. Cue, Barbara.

Sluice- I wish I took the photos.

RHW- Don't be so verbose.

M Lane- Amen. That restaurant is a magnet for ROP. Only RL on Michigan Ave outshines it.

skorp- "Kiss Them For Me" I'll never forget it. And I wouldn't call what we were doing dancing.

La Maison- I wish I had pictures to go with it.

Anon 12:15 - That's a great quote and damned insightful. Most men I know who have no taste have ex-NFL cheerleaders or strippers for wives.

ADG- I figured I'd better post it before you stole it.

Enzo- Thanks. We gotta get those steaks on the calendar.

Belle- Shearson Lehman American Express it was. In 1984. She had a car service. I couldn't afford the subway.

Jesus. At first I thought you had cribbed this from Cheever and then I was like, 'the son of a bitch...'

I date older women exclusively. Never was able to get along with women my own age or younger.

I find the best place to meet older women is at an expensive restaurant.

ugghh. face it, no woman looks good after 33 or so - loss of fertility= loss of attractiveness - stop feeding into these stupid, post feminist 'sex and the city' fantasies. Older women are not attractive, period.

Tin, this is where Miss Shearson blew it. You told her you were a Park Ranger as she was cuing post coital conversation...!?! You were more of a man than me.

I just lied through my teeth when she started digging in her purse for her house keys. I would invent some obscure Swiss named firm and tell them I was scouting in NY for 'stuff'. They would just invent the rest...The suit would do the rest of the work. 'Cities in the dust' playing in the background.

Anonymous said...
"ugghh. face it, no woman looks good after 33 or so"

An exceptional posting. My perspective on this topic changed dramatically in 1998 when I saw Catherine Deneuve and some friends lunching at La Coupole. Then and their I realized that true beauty savoir faire transcends America's inane obssession with youth and things artificial.

Please revisit this topic at some time in the not so far distant future.

Ha Tin Tin! I can tell by the wonderful photos that you're a
'nose' man like myself! Well done.

Some additions to this batting order: Anne Archer...Lee Remick(deceased) and I throw in with ADG on Jaqualine Bisset

Stew- Wow. Cheever? Thanks. That's better than the New Yorker. I'm gonna have to start looking for a 21st C version of Hope Lang.

John - Not gonna find 'em in a diner.

Anon 11:34 - You're much more representative of popular opinion than I am. Good for you. Now go back to watching professional wrestling.

CG- The consensus among other rangers with more experience was to say, "I work for the Interior department. Can't really go into details." But I was so proud of working at the Statue (even to this day). Sadly the cabbage truck was not far behind me then or today.

Trailer Trad- Truth be told, I'm an 'everything about women' kind of man.

Main Line- I'll see if I can't profile some stunners from Narbeth or Wayne.

You should read the novels of James Salter, particularly LIGHT YEARS and/or SOLO FACES, if you haven't already. No one writes about this subject more beautifully than Salter. Also his novel A SPORT AND A PASTIME is the most beautiful novel ever written about sex, plain and simple. Nobody anywhere does it better than Salter.

Anon-
With that kind of recommendation, how can I not. Thank you.

Great post. My wife and I have been together 15 years (10 married) and I love her more as the years go by. We definitely prefer the older versions of ourselves, though we wouldn't mind having a romp in our younger bodies.

I think I'm in love, but I'm afraid a heart would get broken.