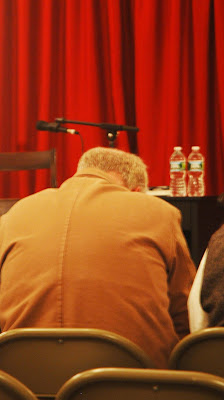 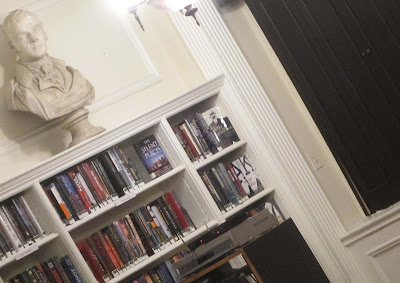 Wally's, Cold Shot to the Heart - Second shelf down on far left 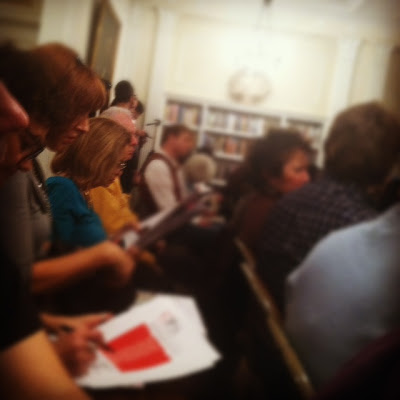 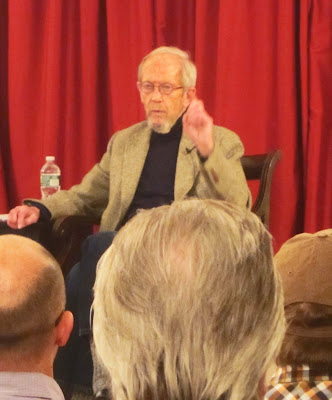 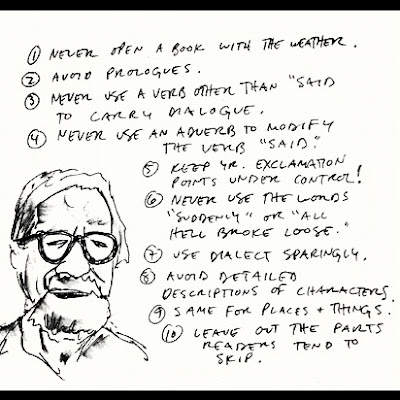 The night was unseasonably warm and humid for January in New York. Crime novelist Wallace Stroby, attired in black Schott motorcycle jacket, black t-shirt and Coleman mustard Timberlands, strolled into the art deco masterpiece on 47th Street that is the Center for Fiction. Suddenly, Stroby screamed loudly, "Shit, I never got my tickets!!!"

I think I broke six of Leonard's rules. Maybe seven. A lotta people crammed into the second floor of the Center for Fiction to hear Elmore Leonard talk about writing last night. Crappy Fish & Chips for a late lunch appeared in my gut half way through. My heart was not into picture taking but I caught enough of what Stroby called, "pure gold!!!"

"I wrote a scene about a detective who quits to become a photographer. He borrows a wheel chair from a friend who stole it at the airport and sits outside a terminal taking pictures of people arriving in Miami. Guy comes over and says, "Nice camera. Mind if I check it out?" Fella hands him the camera and the guy walks off with it. The fella gets outta the wheel chair, knocks the guy down and beats his head against the curb.I thought it was okay, but the scene stews with me for a couple weeks and I changed it. Guy takes the camera, walks a few steps, turns back to the fella in the wheel chair and says, 'Can you walk?' Fella in the wheel chair nods. Guy walks back and gently puts the camera back on the fella's lap."


Thanks for the motivation, Wally. At least I have my opening:

"Bad idea getting involved with a broad who knows guns. I slept with a woman I went through the police academy with. Afterwards, she broke down and cleaned a .25 automatic in bed. I never went back. I'd have preferred it if she just had a cigarette."

"I allow three exclamation points every 100,000 words." Man, I break this one every five minutes...

Avoid descriptions of characters and places? I am not getting that at all.

We were standing together in the self-check coatroom after the event, and he couldn't find his Burberry raincoat. I held up my leather jacket and said "Want to try mine?" He looked at it for a long moment, and said, "Well, it's nice, but ..."

Ellroy's even leaner than Leonard. Like reading shorthand copy from the AP edit desk.

"All of these comments are funny as hell," replied Ann . No, make that, Ann said, excitedly!