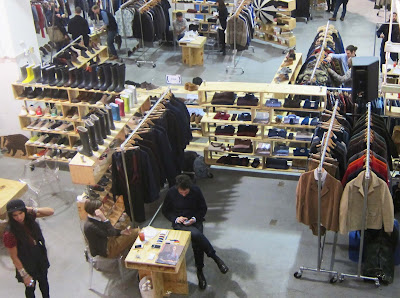 In a sea of hi water-turned up denim, Red Wing work boots, black beards and more watch caps than there are in the U.S. Navy -- beneath all the pretentious bullshit -- there's... money to be made.

This is a trade show. No different than the Metal Fabricators in Chicago or General Aviation in Orlando. While a 200 page book lists exhibitors; it also tells another story. That of a small and hip sounding haberdasher with sales and PR contacts at Nike. 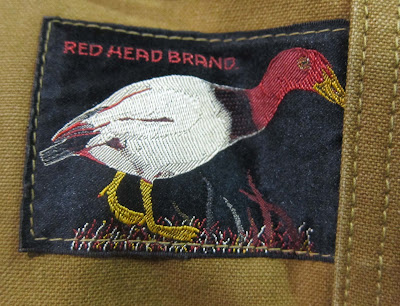 The ersatz hip are avoided easily enough. This year a number of vintage dealers, many known only to the design community (and the Japanese), threw open their doors to everyone. You didn't need admission to check out what Capsule called, "Added Awesomeness." Use of over enthusiastic PR talk aside, the "Donut Shop" concept worked nicely and details of the best vintage vendors will follow tomorrow. 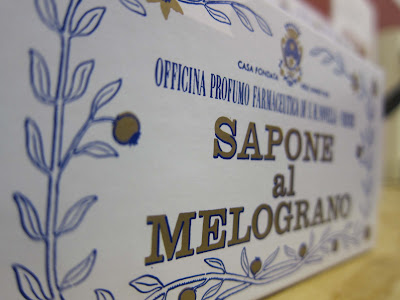 Santa Maria increased the sophistication factor ten-fold. Not sure the throngs of Jethro Bodine impersonators understood what it was for. 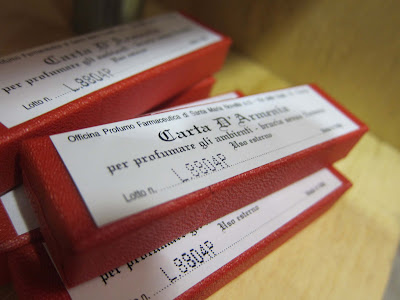 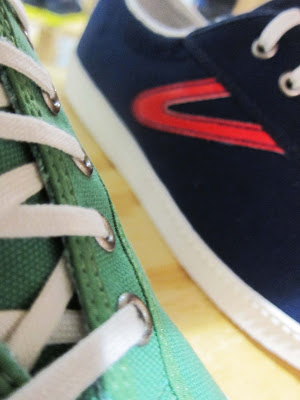 Tretorn's line for Spring and Summer is filled with color. I couldn't help but notice a combination that'll be hard to secure in Gainesville. 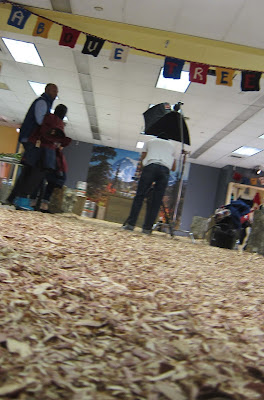 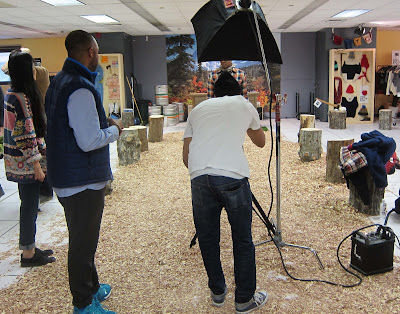 I never did understand this. 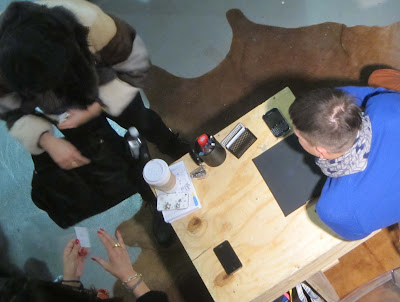 But I understand this - Lots of business cards. Many from Ted (the fuck stick) Harrington at Terrapin. Ted and I both share this affectionate nickname from our fathers. I'm guessing if you're under 40 your father didn't call you fuck stick. Turning you into an entitled and spoiled shit... Ted's working on the cards. 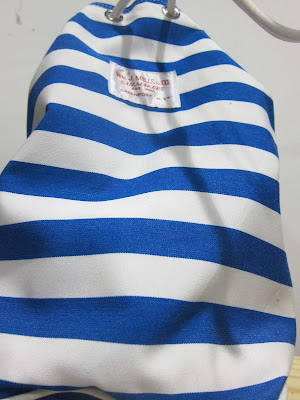 Tom Beatty of Wm J. Mills & Co, purveyors of awe-canvas-someness, has lots of serious waxed cotton this year. Rugged looking but with an elegant aesthetic. 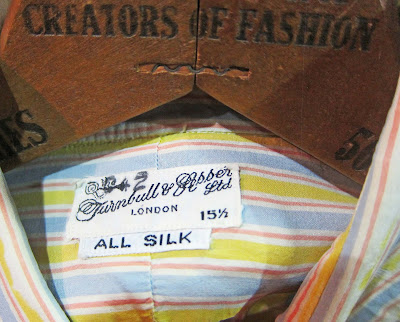 John Gluckow of Strongarm C&S, a vintage dealer in the Donut Shop section, had more vintage T&A than I've seen in a long time. More from John tomorrow. 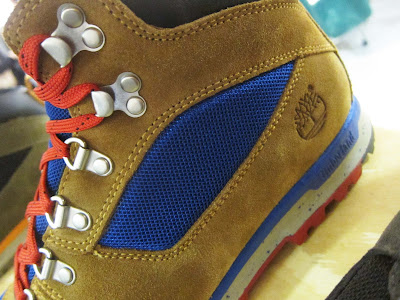 Andy Freidman of Abington by Timberland, probably the kindest human being in NYC, brings back the waffle-stomper craze of the '70s that I lived through in Colorado Springs. It looks authentic but the boot is light and much more comfortable than my concrete Vasque boots of 36 yrs ago. 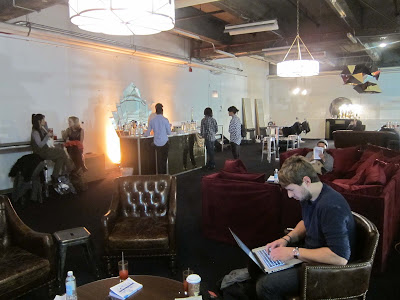 Arrived early in hopes of missing late riser designers. Still, Bloody Marys were offered up in a bar/lounge that looked more like a VIP club in 1970's Romania. 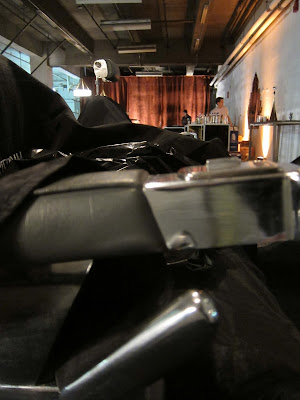 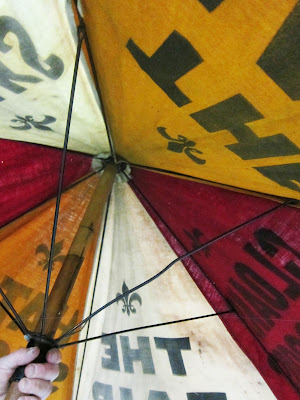 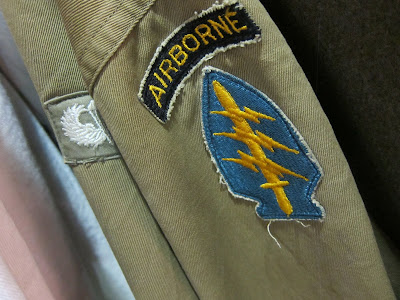 And you never know where the Saigon Electric Works patch will show up.
Posted by tintin at 06:31

You just added those in a cynical attempt to make your post look more 'spontaneous' and 'authentic,' didn't you?

Longwing- I got lost on their website one day. It took me 2 days to find my way home.

Trailer Trad- Criminently! That's what I get for writing while asleep. Thanks for the edit.

Performance outdoor apparel is about the only thing I do understand. Part of that understanding is that those items have little tangible use in Manhattan... Or Brooklyn.
Which is why I have left my waffle stomping Hi-Tek boots in 1995.

Of course it took you two days to find your way home, you got "lost" at Fort Bragg. (lost and found your way to a country club? how lost is that?)

No question: best thing there is that Mills duffle.

But that cobbled-together 1970s Romanian VIP room is priceless.

Over the last 2 years Wm J Mills has significantly increased prices, due to demand I guess. Can't say I blame them.

At this risk of the same happening, try these guys - http://www.portcanvas.com

Bought from them several times. Excellent service and product.

"Beware the Lumberjacky, my son!
The flannel that shrinks, the selvedge that constricts!
Beware the Bastian bird, and shun
the steazy Momotaro bros!

Today you made me do both.

My dad called me fuck stick too and by doing so did save me from being an entitled little bastard.

Too bad the wisdom of bestowing such a moniker isn't recognized today.

Best to you and thanks for your enormously entertaining words and ideas.