Tanks For The Memories, Murph! 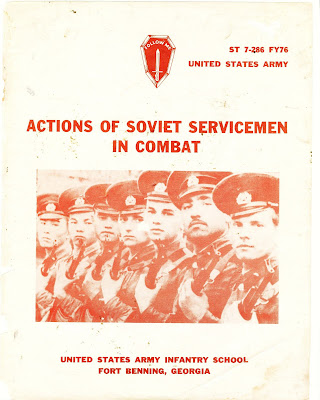 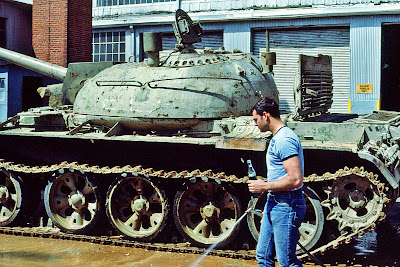 The US Army's Unauthorized T-54 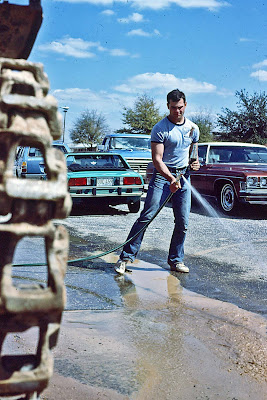 A sly and crafty enlisted man 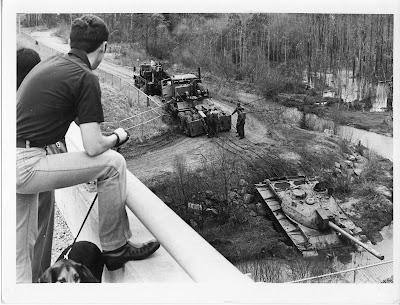 It should come as no surprise to those who served as officers that enlisted men can get you in a lot of trouble - - Should you ask for it.

That's a Soviet T-54 up there. A complete P.O.S. (Piece of Shit) that was best maintained by just one tool - a B.F.H. (Big Fucking Hammer). It was against the Geneva Convention for NATO to train soldiers using Warsaw Pact Equipment and I suppose vice versa. Consequently, no one was supposed to know about all this equipment. That's an important detail to keep in mind.

Murphy and I attended a school where we learned to drive and operate Warsaw Pact weapons and armour. If you think this was a lot of fun...you would be correct. Throw is some amazing nights on M Street in Georgetown and the human car wash known as Crazy Horse and I was never so happy in my life. Never under estimate how much soldiers enjoy soldiering.

For a year or so things were good. We'd take the tank and weapons out to the field and play army against US troops. Murphy was good about keeping a igloo of iced beer in the tank and we were able to hook a cassette player to the intercom system of the tank. Our favorite tune was Al Caiola's version of, "The Magnificent Seven."

Sitting in a Soviet tank on a cold winter's night drinking cold beer in the warmth of the commie engine. Or, tearing ass across Sicily Drop Zone with a 14 foot rooster tail of sand being kicked out the rear while we listened to The Magnificent Seven through our crew helmets. It was too good to last.

Our hands off officer in charge (OIC) was replaced by a hands-on (Alpha Hotel) kinda guy. Our every move was questioned. Our judgements deemed inappropriate. Most importantly, our responsibility was taken from us. There was grumbling at the NCO club but not for long. As far as Murphy was concerned -- the time to act had come.

I was having a conversation last week about why I thought the army was such a good experience. It wasn't that I learned to shine boots or show up on time or tailor my fatigues. It was all about recognising leaders. They come in all shapes and sizes and they never look like John Wayne.

Our new leader micro managed to the point of distraction. You see this everywhere in the civilian world and even in families. People who would prefer their company (or family) stay broken so they can come to the rescue and fix it. The last thing they want are things to run smoothly without their involvement. So in addition to micro managing -- they intentionally cause fires that they can put out.

I'd rather not go into detail but suffice to say that the timing for the right steering lateral to fail could not have happened at a worse time... or place. On a road under the overpass of a civilian highway just after 1700 hours (5 PM ).

As the enlisted man up there with the water hose and Coke was so fond of saying to any officer who would listen to him:

"Enlisted men are basically stupid. However, they are sly and crafty and bear watching at all times."
Posted by tintin at 07:11

"Enlisted men are basically stupid. However, they are sly and crafty and bear watching at all times."

I still think that my nephew was "saved" by his decision to become a soldier. I remember how exuberant he was after returning from a training assignment that I think, was mostly desert wargames with lots and lots of fun toys. He loved it.

I also remember how somber he was after returning from his first tour in Iraq.

That last photo is a scream. Whatever became of Murphy?

I went into the Crazy Horse once. Once. Fancy G.U. preppies like myself learned to stick to the Tombs or Houlihan's after one visit. It was like venturing into a dreaded Delta House party uninvited.

And I see another X19 in the background of the Tank Wash. Not yours I hope. If it is it really is a hairdresser's car, mate.

Joe- You speaking from experience?

ADG- Yep, I met lot of 'em. Failures at school, social misfits and lost souls who found a home and a purpose in the army. I, on the otherhand, was looking for something more along the lines of the Four Seasons Hotel. I have not gone camping since I got out.

Foster- Dude, who cares about the story - - that's kodachrome!

Ben- I loved Crazy Horse but I was just visitin.

Are you talking about the X1/9 with the Florida tags and the Canadian Jump Wing decal on the rear window in that horrible sea green color? I have no idea who owned that ugly thing.

Wait, was this an empisode of M.A.S.H.? which one of you two was Honeycut and which was Hawkeye?

Or were y'all more Klinger and Radar?

brohammas- MASH? We here at the Trad would hope our readers were a tad more sophisticated than to ever watch that.

I would encourage you to watch a DVD of the Phil Silver's show for Sgt. Bilko. Murph was Bilko. I was Pvt Fielding Zimmerman.

Should've been drinking vodka to truly channel the Soviet zeitgeist. But you were underpaid, so that must've helped you stay in character.

Crazy Horse. I'd forgotten about that meat market.

E&E- I wish we'd known you back then, Chris. We'd have let you paint the interior.

Have I told you about going on the FTX with my ROTC buddies? In tiger stripe's and a black turtleneck? Armed with a plunger?