American Giant has offered up three black T shirts for field review. Two large and one extra large. If you'll comment on how you propose to do your field test and agree to report the results in two weeks -- I'll send you one. 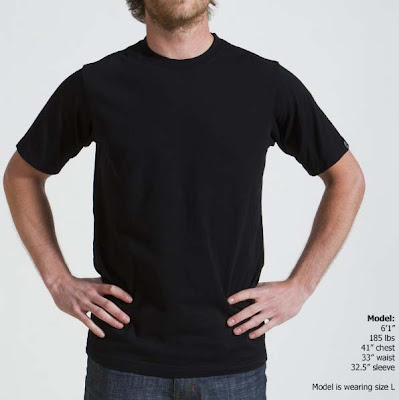 A year and half ago, Avery Lucas designed a canvas trouser for The Trad and I featured it here. Button fly with side tabs, Avery contrasted dressier details with humble canvas fabric. We found a U.S. manufacturer who'd make it for $60. We'd sell it direct for $120. A trouser twice the quality at half the cost. What happened? That's a very long story.

I sat down with American Giant CEO, Bayard Winthrop and in less than five minutes our heads were both going north and south over the issue of insane mark ups. Winthrop's idea is simple. Basic tops made in the U.S. and sold direct. He explained that men are a lot more comfortable ordering apparel on line. Especially if it's well made and well priced. I don't think he's onto something -- I know he is.

Sweatshirts ($60) and t-shirts ($25) are thick-solid and well made. I've seen old, made in USA, Russel sweatshirts going for $100+ in Manhattan's "Vintage" boutiques. Clearly, that's drunken sailor money and some will argue $25 for a t-shirt is too. I'll only say this. I have an affection for black t-shirts. 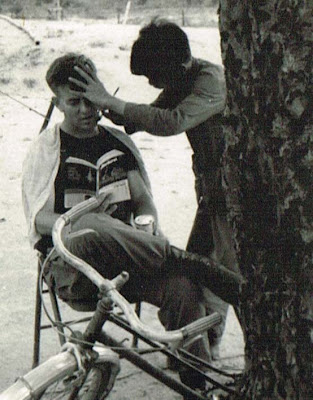 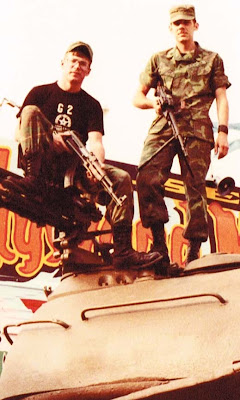 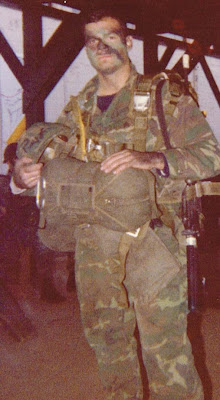 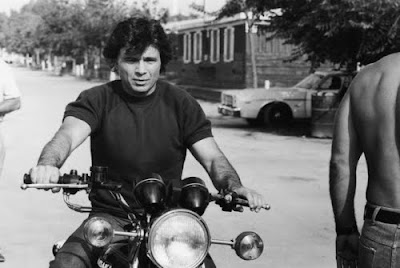 
I could wear 'em all year long -- But I'll need to know, "where can I go where the cold winds don't blow."

I'm always willing to pay more for a quality made product made here in the US. Shoes, jeans and now t-shirts. And honestly, $25 for an American made tee seems like a bargain . Thanks for this post.

I wonder if men feel the same way about black t-shirts as women (well, most that I know in any case) do about white t-shirts? An absolute basic/essential/foundation garment.

It's been through the ringer (pun intended) and now we pay through the nose for dubious quality and 'of-the-moment' labels and ever-changing fit.

I sleep in my boyfriend's t-shirts, and that's how I would test this one, should I be a lucky winner. And he was a paratrooper if that pushes my application forward at all.

I get the whole here vs. there manufacturing thing, and I'm really struggling with it on the anti-bad-mood sprays. Not so much for the sprays themselves as for sourcing the packaging. Even if I buy from a US company, they seem to be simply filling my order from overseas as a middle man. And then you get caught up in minimums - do I order 5,000 printed boxes and store them at $50 a month to save $2,000 up front? Or pay $8 a box here in the US for 1000 of them? Huge learning curve.

I'd send it to work in a boatyard, but a short sleeved black tee shirt isn't the smartest choice for work wear.

I would certainly pay $25 for a well made tee and I make the tee shirt buying decisions. Lucky me.

Black shirt fan here. Spent so much of my life with a huge closet full of ill-fitting junk which I have now halved, twice. Can't let go of the black t-shirts, even the junky ones. Love the way they look under some of my darker work shirts. We are strictly Vermont-municipal-worker casual up here, through I'm trying to wring the dumpy look out of it, and threw out my last fleece vest this winter.

So the shirts- I'm liking the fit on the arms- looks nice without that American Apparel "I'm so tragic my clothes are just going to melt off of me" look.

My proposal- day 1, the shirt goes to the office under a casual dress shirt of some sort of blue/red check and shrink-to-fit 501's never washed. It gets slept in that night. It finds itself on my back the next morning on my bike ride to work, and again back home. Then it gets washed and hung to dry in the back yard, then tested again in the same manner thereafter. Looking to see if the shape is still there after a couple of washes and some time under a messenger bag.

never paid for a t-shirt in my life.

wear them out then wax the car.

but appreciate the idea.

I wear 'em. Black. Loose v-necks to bed with boxers.

Hell I'm in advertising. I can wear t-shirts everyday. Send me a large and I'll make sure to put it through many days of client's bitching and creative writer's block

I myself am an extra large skeptic. If that shirt lasts through a 1 sparring sessions (boxing) and one rugby practice, and then still hold itself together, I would promise not to wear it to class.

I don't suppose they make shoes?

My wife will kill me for this, since my "wardrobe" is probably 70% black tees.

But... my field test will involve wearing said tee for at least four days straight while changing diapers, getting puked on, running 2.5 mi p/day; sleeping in it, drinking in it, shooting in it, catching and gutting fish in it, and maybe trying to make another kid in it.

How do American Giant sweatshirts compare to the Champion products of the mid to late 80s? I have fond memories of Champion but am not sure if they even exist anymore.

I will wear it and report how long it takes the ladies can to tear it off me.

My test scenario might include the following elements (not likely in this order):
Gym, BBQing, the closing of one of 3 local dive bars, this one blonde nurse, Old Grandad Whiskey, Sig Sauer .40 cal, a pork belly sandwhich from The Girl and The Fig, The Allman Brothers Band, and Racer 5 IPA. Thank you for your kind consideration.

I was wandering through my local Costco here in San Francisco a few weeks back, and noticed that they had black "Kirkland" brand tee-shirts in a three-pack for fifteen bucks. I bought a pack, tried one on, tossed it in the washer, tried it on again, and returned to Costco to buy three more packs. They are great shirts, really well made, thick, heavy cotton, wash like a champ, and fit me perfectly. They were only there a couple of weeks, and I haven't seen them since. Heaven only knows who makes them. But I may take a shot at your black tees, too. I love black tee shirts.