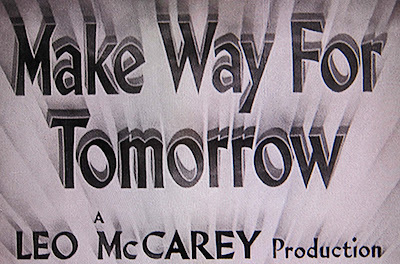 Orson Welles: "It could made a rock cry." 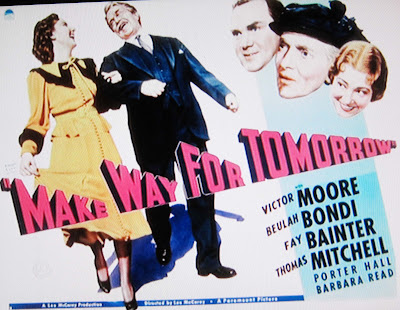 The very misleading one sheet. 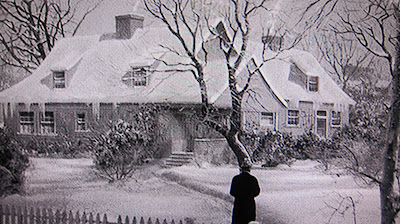 The Cooper House before banker Randy Dunlap took it. 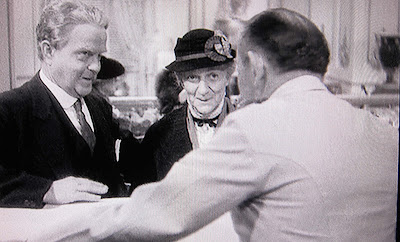 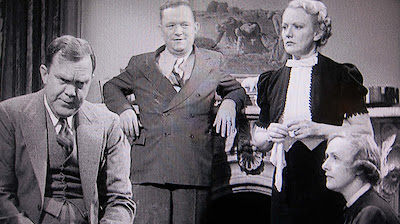 I first learned of Make Way For Tomorrow when I received a biography of Orson Welles by Peter Bogdanovich for Christmas in the mid 90's. It came with cassette tapes of Peter's sessions with Wells. Over dinner. In cabs. On location during the filming of Catch 22. Amazing to listen to.

In the tapes, Bogdanovich asks Welles if he's ever seen Make Way for Tomorrow and you hear this excitement in Welles's booming voice. "Oh, did you see it? It was marvelous. It could make a rock cry. " And that's why it's a man's picture. Not because women won't like it. They will. But trust me. You don't want to be anywhere near a woman when you watch this. Because this movie will make you cry like a baby.

When Leo McCarey won the Academy Award for best director of the screw ball comedy, The Awful Truth, he told the academy, "I want to thank the academy for this wonderful award but you gave it to me for the wrong picture."

Down beat movies about a couple in their 70's losing their house to the bank, living apart with their put out children and finally being split apart after 50 years of marriage...Well, they were as popular then as they are today. But this film is a masterpiece. Never released on VHS. Never released on DVD until last week. Someone at Criterion finally had the guts to do it.

So send everyone away, grab a handkerchief and fix yourself an Old Fashioned. Or two. This is about a man who did lose his house, his job and his wife. And it's about a director who had the courage to end a movie without a happy ending. I don't think they're many around like that anymore. This film, almost as unknown as its director, is a real American classic.
Posted by tintin at 06:51

I am pretty up on movies but I've never heard of it until now. I'm going to get a copy. Thanks!

Tintin,
"It would make a rock cry" has got to be the best review for a movie ever. D

so, you're saying it is a Country song for the silver screen?

Yeah, no kidding. It is for that reason - among many, of course - that I love "Roman Holiday": no happy "Hollywood ending."

yeah - can't beat that Well's review.
Just put it on my Netflix.
Thanks, The Trad.