A Man's Movie: The Limey 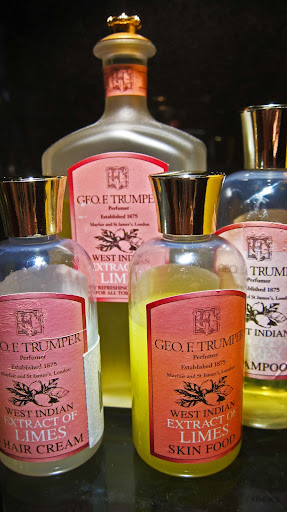 I had a boss who told me he never did anything for one reason. "I drop a pebble into a pond and the ripples go out in all directions." He's still in jail but I get his point. Here's my attempt at a two-fer.

Terence Stamp does a turn as an East End con whose daughter meets her end at the hands of a smarmy Peter Fonda who seems to be playing himself. Feeling very much like Michael Caine's, 'Get Carter' from 1971, Stamp brings a lot more intelligence and thought to his character. It's a film about revenge but it's also about how we get to a certain point in our lives. Would life have turned out better or different had we been less selfish in our youth?

There's a lot going on between Fonda and Stamp and by the picture's surprising end I wanted a quiet moment alone. Had I made the right decisions in my life? Where was I going? And with who? Not many revenge movies generate this kind of introspection or navel gazing as Trad Dad likes to call it.

No matter where I do go - - At least I'll smell good. What is it about lime that I can't get enough of? What started as an Old Spice talc and cologne experience 30 years has turned into a bizarre attempt to smell like lime from head to toe. Lime shampoo. Lime hair cream. Lime talc. Lime soap. Lime skin food. Lime cologne. Lime shaving soap.

The scent is light and disappears by lunch but it's not about smelling good for others. It's that moment in the morning where, if for nothing else, you made it to another day and there's something to look forward to. Being doused in Lime. Trumper makes horribly expensive lime soap so Caswell - Massey's soap is my go to. I also use Caswell's lime cologne with Trumper's cologne. It helps stretch out the much more expensive Trumper scent.

So if any ripples are going out from the pebble I drop into the pond - - My only hope is that they smell like lime.

Great point about "that moment in the morning". The justification for all mens cologne in my book, and a very valid one.

Now. Add a Gimlet cocktail about noon and you are set for the remainder of the lime fueled day!!

Classic movie, the Limey, and even better sentence (that made me laugh out loud):

He's still in jail but I get his point

I'm also partial to Sexy Beast and Layer Cake. Are you?

M Lane- I just found Schweppes Bitter Lemon at Myers. That with a little Beefeaters hits the spot.

LBT- Big fan of Sexy Beast (I had to turn on the subtitles) and Layer Cake. "Hairdressers are shittin themselves..."

We sometimes have to turn on subtitles, too. The Limey, Layer Cake, Sexy Beast (heist!), and best of all, Get Carter...wonderful choices. If Guy Ritchie showed his intellect on film he'd have these. But I like his, too.

DB- I'll check out Is Anybody There? The opening credits of Get Carter are so damned good. The sunlight cutting through the dining car on the train as Caine eats his soup. Man, it looks like a moving cibachrome.

The other missing piece of THE LIMEY is 1967's POINT BLANK with Lee Marvin. If you crunch that together with GET CARTER, you get most of THE LIMEY.