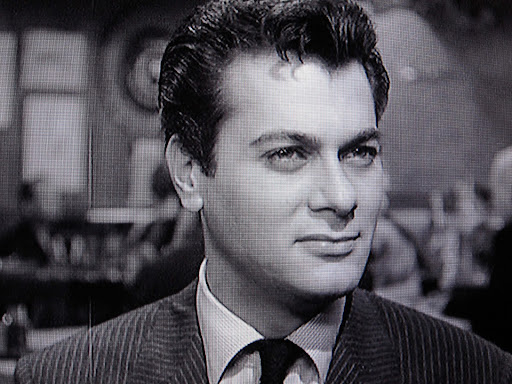 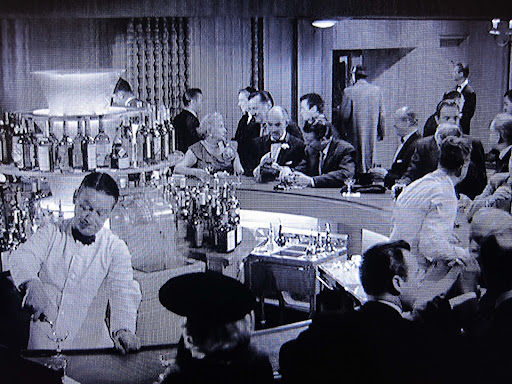 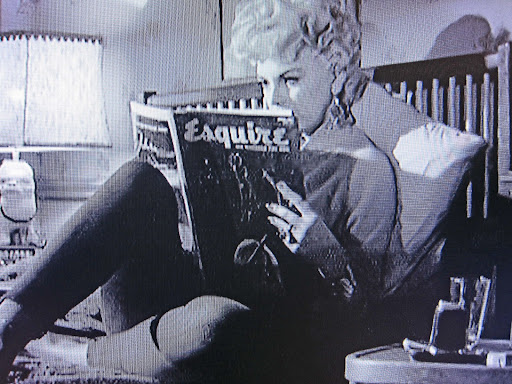 Anyone know this issue? 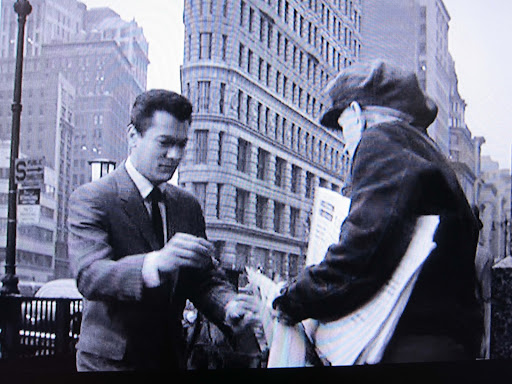 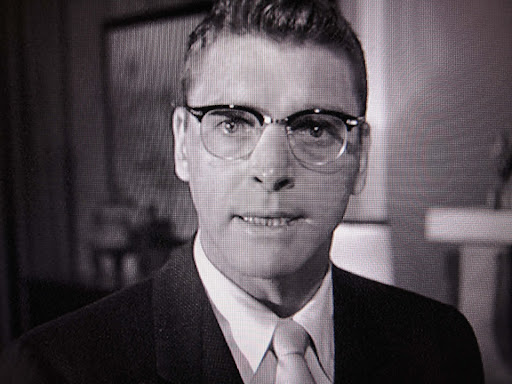 JJ Hunsecker - I hope he doesn't look like your brother in law
21, Toots Shor, The Elysian Room...They're all here. Not to mention a New York City of 1957 that's long gone. Everytime I watch this I can't help but be stunned by the images, the words, the actors, the photography...It never lets up and I always want to take a shower afterwards.
I first saw Sweet Smell of Success on video in '89. The next day I had an interview with the head of PR at 20th Century Fox in Chicago. She never heard of it. So I say, "Tony Curtis is this press agent who'll do anything for this Walter Winchell like columnist played by Burt Lancaster. It's based on a short story by Ernest Lehman but the script is by Clifford Odets. You gotta see it." I remember she asked me who Burt Lancaster was.
At 30, I had sympathy for Sidney Falco, the press agent. I also saw nothing wrong in him peeking at JJ's column the day before it was printed and using it in a slightly devious but creative way to sign a new client.
At 40, I saw the connection between sleazy JJ Hunesucker played by Burt Lancaster and the radio show hosts of the 'patriotic' right. Fat white men who managed to avoid any military service but were thumping for war and if you disagreed you were a commie.
Today, I hear the music in the words. "Your dead, son. Get yourself buried." "Hey Lump. I told you I wasn't selling no fish." "Sidney, conjugate me a verb. For instance, to promise." Dated a little but JJ echos Richard III, "I am not in the giving vein today."
It's a movie for the winter. Get far enough away from Christmas before you cue it up and get your shower ready. You'll need to wash these characters off but you're never going to forget them.
Posted by tintin at 08:53

Meant to add....I agree it's a great movie....I find your anecdotes about the lack of knowledge of Lancaster astounding......He was a great actor particularly in Elmer Gantry whose other star Jean Simmons only died a couple of days ago

Damn good movie. Burt Lancaster is one of those actors who grows on me as I age. When I saw him in "Come Back, Little Sheba" about 20 years ago, I fell hard.

Joe- She was head of PR for a film studio. I'm sure she was good at her job but I got the impression she had no real use for films that wasn't selling.

Tessa- He's a favorite of mine too. Check him out in the Gypsy Moths for something very unusual and below most people's radar.

That clip of Burt L is really creepy! Somethin' about that nose eh?

I always check TCM for what showing tonight... they really are CLASSICS for lots of reasons.

That issue Esquire looks to be March 1956. Although I have no affiliation with the seller, you can get it right now on eBay:

The movie is a classic of corporocreep. I LOVE the shot of Toots' bar...how could I have been born too late to make THAT scene?

Gotta love tony curtis (and film noir). I haven't seen this flick in it's entirety before though only parts on tv. I'll have to check it out from beginning to end when I have some free time this weekend. great post.

How common are Flatiron shaped (triangular), vintage buildings in Manhattan? At William St. & Beaver St. Delmonico's is on the ground floor of one - across Beaver from another triangular building that used to house Lehman Bros' HQ in a bygone era. I think both buildings date from the 1800s. Lehman started as Montgomery, Alabama cotton brokers in 1850. The old 1800s N.Y. Cotton Exchange is on another corner of William & Beaver. The original Harry's Bar was a few steps south and still exists now as Harry's Cafe. One digresses.

Excellent. Thanks, Tintin. Have never seen it. The time period (1957) is sweet, too. Looked it up in my movie guide and it says there's a great jazz score by Elmer Bernstein, so I'm there. But just who, again, is Burt Lancaster..?

I think the girl reading Esquire is Barbara Nichols, a semi-star/starlet from the 50's.