Friday Belts I Can't Own or Make: The Blue Blazer & Alan Flusser 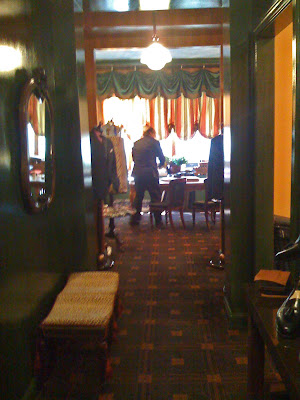 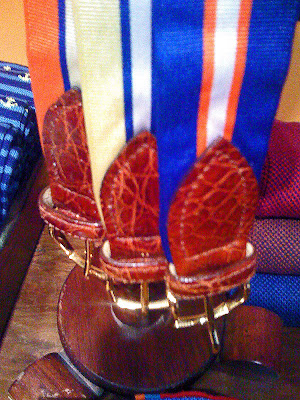 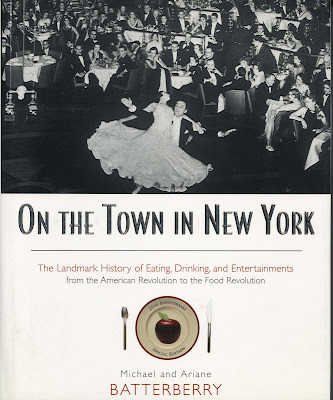 Gary can't get The Blue Blazer going until 7:37 in but it's worth the wait

Alan Flusser's Custom Shop sits off 5th Avenue on 48th Street next to the old Scribner's book store and it is a very dangerous place. When Thomas Wolfe was paid for 'Look Homeward, Angel' he stepped out of Scribner's with the check in hand and walked north in a daze. He wasn't aware of where he was until 125th Street. Had Flusser been in business then I suspect he would have only had to walk around the block into 3 E. 48th and take the elevator to four.

I adore this place. The richness of just about everything here is overwhelming. It's like a museum and ADG at Maxminimus got me in with a warm introduction before he knew I was Joe Shit the Ragman. Everywhere you look there's perfection. The socks are perfect. The shoes are perfect. Even the belts are perfect.

Alligator tab surcingles in three patterns of perfect Spring and Summer haberdashery. But the warning bells were ringing. I didn't want to know how much they were. I was that scared. I've learned in NYC to take a guess at what something costs and then multiply it by four. These are too rich for my blood and my self preservation kicked in and got me out of there alive. Although I never wanted to leave.

Michael Batterberry is someone who belongs in Flusser's shop. This erudite editor of Food Arts Magazine was last seen on The Trad dining at Le Veau d'Or with Anthony Bourdain. Batterberry and his wife Ariane co-authored this book on NYC restaurant history going back to the American Revolution. If you love history and restaurants this book will blow you outta the water - - bottled or tap.

The book really starts to move around the late 19th century but I found the slower 18th and early 19th centuries to be most enjoyable. Amazing characters, rich food and bizarre appetites for alcohol. Above is an 18th century recipe for a cocktail called the Blue Blazer. Sounds simple enough. Whiskey and hot water. Light it and pour it back and forth between two cups. I don't mind a little risk but I'll be honest...I'm a klutz. I was told in the army I could fuck up an anvil with a rotten banana. And as much as I wanted to give this a try...I know myself too well. But that doesn't mean you can't give it a go. Fire is good. And fire can kill. I feel the same way about Flusser.

As a forever member of the middle class who would also like this shop, I admire your restraint. Creating the Blue Blazer might be less dangerous for me.

This is the second post this week where I've read about Le Veau d'Or.
How did I miss this place all these years?

I've made a Blue Blazer before.

Once my paternal g'father bequeathed his prohibition era cocktail bible to me and I saw the recipe and accompanying illustration, I found my life's calling.

It's a visual depressant, I'm told. Like all the greatest moments of my life, I don't actually recall the process, only the yield.

And I thought Johnnie Red was "hot Scotch."

I've never experienced the temptation of Flusser's new store on 5th although I've no doubt it creates a powerful force field......I did buy a jacket off him in the days when he had a booth at Saks (after entering to purchase a copy of his book as a christmas present for my son!).......I've also used a couple of pictures from his website as refs when having stuff made at more economical venues or as inspiration putting together shirt/tie combos.......Flusser has done a heck of a job promoting the 30's and 40's concept of good dressing that has long been my personal guide so he's a complete hero in my book, but paradoxically whenever I see any pics of him he always has a rather dishevelled look and carries the outre touches a bridge too far imho (eg. velvet slippers with DB chalk stripe suits) but he's a great messenger.......on the topic of angst when in proximity to stratospherically priced goods I know what you mean because I recently bought a tie at Luigi Borelli that looks fantastic but made my eyes water when it came to signing the chit.

I don't know why, but I miss the very IDEA of a "supper club." I suppose it's because they were the ultimate in civility, though they also seemed THE places to be. They must have been everywhere!

I've never been to one, but there's still some hope: check out L.A.s swingin' Cicada Club.

Eeek. The idea of sending my son there to be outfitted just entered my mind. Dear god. The dollars that would have to exit my wallet to make this true.

I like to think that I am impervious to shockingly high prices. Could you please give some indication of what one of those belts cost - perhaps in terms of a TV (e.g. 42" Sony HD = $900ish) Sorry, I'm an actuary.

I have always wanted to order a Blue Blazer but I have to find the right place where 1. there is some chance they will actually know what it is and 2. it won't really tick off the bartender. Avoiding the latter is one of my life principles. I'm still looking...

I'm going out and getting that book about NYC. Today.

I'm just the kind of geek who would love a book about the history of restaurants in New York.

I also love a good cocktail, so I'll have to give this flaming comet drink a go. Thanks for the suggestion!

Belle- You're young. You have time to catch up.

Stew- You are my hero.

Joe- Well said and dead on. I think AF knows clothes so well that what most of us consider to be perfect pretty much bores him. Just like an artist. I don't think he's reaching to be reaching. I think it's just the nature of anyone who is so familiar with a subject. Be it painting, music, tailoring or basket weaving. Plus, his writing is the best. No one can touch him when it comes to the writing about cloth. No one.

DB - GO to Door County in WI. They're everywhere. Along with $7 dollar fish fries.

LPC- No one under 40 has any business in this place. It's like sending a 6 year old on a world tour. 1- They don't deserve it. 2- They will not understand it. 3- They will not appreciate it.

M Lane - We'll try it on Catherine next time you're in town. That book may be tough to find in a Barnes and Noble. Let me know if you have trouble finding it. I know a place...I always know a place.

Gregorios- Give it try. Take pictures. Let me know how it goes.

tintin:"Just like an artist. I don't think he's reaching to be reaching."

.....I'm not sure that gives him a waiver......would we let Grant, Astaire, Coleman or Cooper off the hook just because they knew how to dress.....I love his books and just revisited one .....I also think some under forties could handle it (I know a couple and he even features at least one on his website)....it's more about money really as you indicate and I can be a real sceptic about high end bespoke tailoring having purchased such garments that don't look as good as high end items I've bought off the peg for a lot less!

Thank you, ordering it right now.

Joe- I don't think any of the well dressed men you mentioned ever knew a quarter of what Flusser knows. They were actors with a understandable concern of how they appeared in public. They were everywhere in the 30s, 40's and 50's. That's certainly not the case with actors today.

Flusser's own wardrobe pushes the envelope but so did Merkin, the Prince of Wales and almost every architect I've ever met. I like to see the pushing done with intelligence. I think Jay Kos is doing the same kind of thing. I don't like it all but what he's doing looks like it's been done with a lot of thought as opposed to the louty and over priced vulagrity of Tom Ford or Thom Browne.

Blush- The book, the belt or the drink?

tintin said...
"Joe- I don't think any of the well dressed men you mentioned ever knew a quarter of what Flusser knows."

.....Of course they didn't, but then he's in the clothing business and they were in the acting business......but the context of my comment was not about technical expertise but rather the art of wearing clothes where Flusser largely fails imho because he either looks too dishevelled or puts together a rather silly combo ....you put your finger on it when you talk about "pushing done with intelligence" which is another way of saying there's a need for restraint......In my book there's a very fine dividing line between pushing the envelope (which the POW did succesfully, Merkin perhaps less so) and slipping over into caricature and it behooves all who are interested in clothes to be aware of it......it's these nuances that I find most interesting about this whole subject.