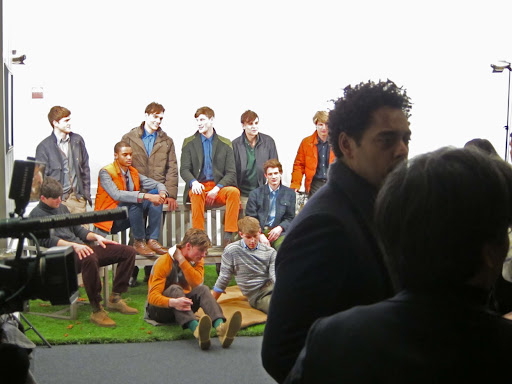 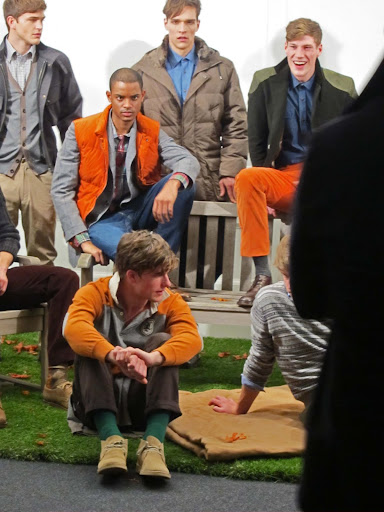 What if you have to go? 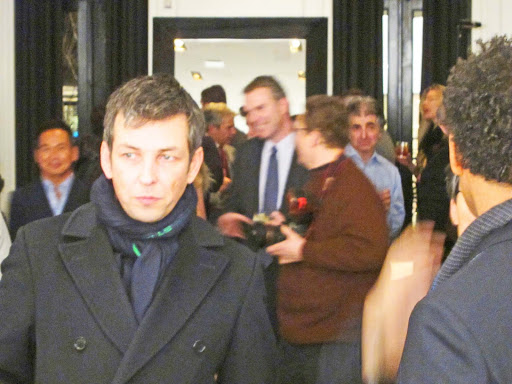 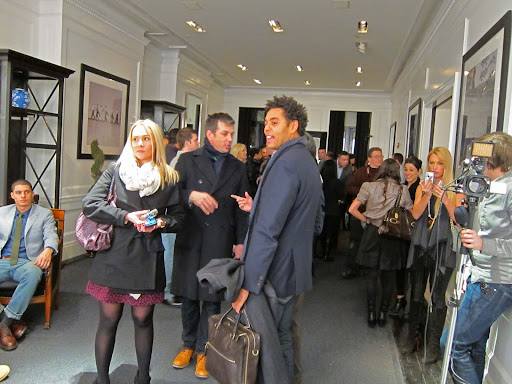 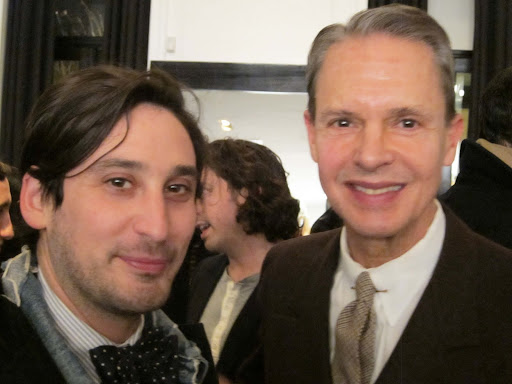 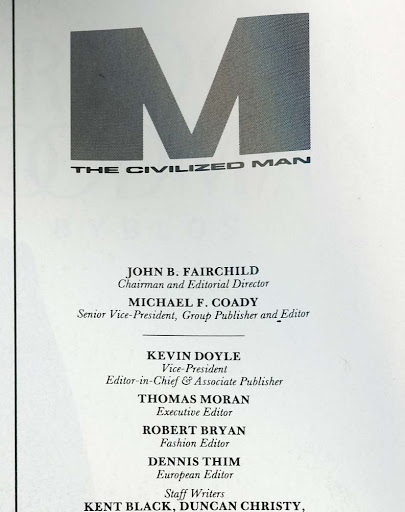 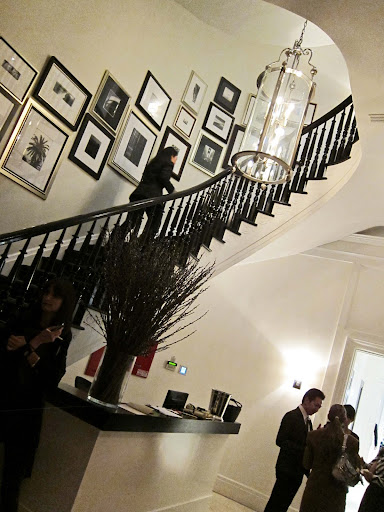 You can always spot a blogger. The kid with a point and shoot taking pictures of people's shoes or belt buckles.
I caught this party last night at David Chu's townhouse on East 22nd St. God, it's a beautiful building. Inside and out. I was introduced to Mr Chu and we had a nice talk about the '80's and Britches of Georgetown and he told me he liked the Trad and used it for inspiration. I was flattered. I haven't contacted counsel yet.
It was an odd thing seeing men bathed in bright light at the end of a room. It reminded me of boarding a C130 in the middle of the night at Pope AFB but none of these guys looked like anyone I was in the Army with. Actually, none of these guys looked like anyone I've ever known.
Mr Mort was there and brought things back to normal. I met Robert Bryan - no longer with the NY Times but more importantly to me... a man from the M Magazine masthead. I've been to a handful of these fashion events and have never bothered to bring them up here since they're usually pretty horrible. I'm not interested in making fun of them either. That would be too easy. But this event, while unusual for a crude commercial insurance broker such as myself, was better than the rest.
And Chu (of Nautica fame) has some interesting stuff. I was a huge fan of Nautica in the late 80's and early 90's. I still have a pair of Nautica swim trunks from 1988 that came with a floating key chain in the shape of a surf board. I don't know if he's giving key chains away but his stuff deserves a look although I'll feel more comfortable looking at a catalog.
Posted by tintin at 05:13

tintin: did you have a connenction with Britches?.....I've got a large overcoat I bought there in the 80's (my wife calls it my Gestapo number)...nice coat but so long it creates static on your pants when you walk hahaha

Nautica bathing suits still come with said key chain. At least the one I bought last year did.

What fun! I love a room full of eye candy!

I'm sure they're perfectly nice boys, but they look like they've been flushed from a Spetsnaz barracks.

The building looks amazing. I'd like to take my camera in there!

Dillards is carrying the Lincs line their stores. Fabric quality was what I noticed first, and its at moderate price point. I'll probably buy.

Not a bad event for a Tuesday night.

The bag Wendell Brown is toting in shot 4--Amberg...or...what?

rich m-
Me too. Try not to be so verbose next time.

Joe - The ex did which meant I did.
I loved that place.

La Maison- I'm talking serious reporting here and you're looking at boys? I'll sell you the originals for $96.00 and thats a deal. I'm not making a dime.

Anon- I don't see any blue and white stripe shirts.

tintin:" The ex did which meant I did.I loved that place."

.....they had some nice stuff but lost the plot sometime in the mid 90's....there's an interesting book to be written about the rise and fall of mens' retail establishments....needs to get outside the narrow focus on "what is Cheviot tweed" (that vein is exhausted by Anton, Flusser and co)...a narrow audience but it exists....weave in sociology, fashion fragmentation, ethnic influences, etc. could make it interesting.

Joe- I think you're right about the book. Great fun to research. Britches was not only a great store but it had some wonderful people -- the ex included.

You could do very well selling clothes there. And man did they knew how to sell. When you picked up a suit it was usually on a billiards table in the back with a couple shirt and tie options. No one did that then or since. Plus, you could get a discount on a Boston Whaler.

Yay, I work in the exciting world of P&C insurance also. Is the broker the guy that works for the insurer (e.g. Chubb) or the client (eg. Coca Cola)?

W. Essex- Is this a trick question?

"W. Essex- Is this a trick question?"

...some of us know the answer
already!

"Plus, you could get a discount on a Boston Whaler."

....wish I'd known that... I went through my powerboat phase when I lived in that part of the world...really the only option with the upper Ches so shallow.

Echo comments on the bag, any more pics?

Anon- I have more pics but they're horrible. This wasn't Central Park.

Sorry meant any more pics of that bag? It's very interesting

Anon- Sorry. None of the bag. Brown is the senior fashion editor at Esquire. Write to him and tell him you saw the bag on the incredible Trad blog and have to know where you can find one.

And speaking from the women's camp, I see in the back the women brought the predictability/ fashion victim factor.