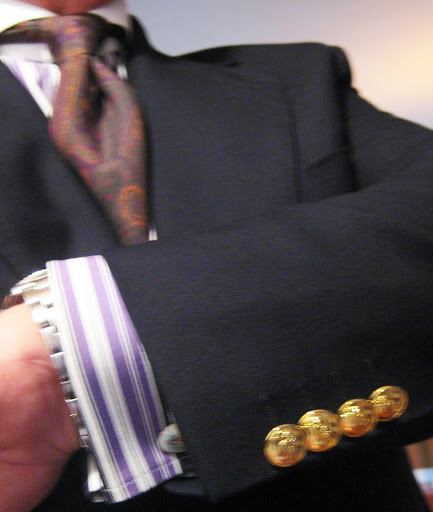 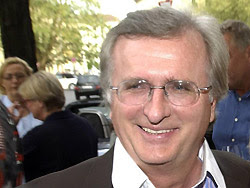 They say they're coming back -- As if they ever left. In London, 'Wide Boy' is a derogatory term for a working class schemer. A phony always on the make. Someone who deals in goods of questionable authenticity. Hardy Rodenstock (not his real name) allegedly created bottles of rare wine (not his real job) and sold them to the world's biggest suckers. Rich people. I suppose it's hard to be poor and a sucker -- At least not for very long.

But Rich people can be suckers and live long lives -- As long as the money holds out. Kip Forbes paid $156,000 for a suspect bottle of 1787 Chateau Lafite supposedly owned by Thomas Jefferson. I doubt it has kept him up nights. You can read about Hardy/Meinhard and Kip and Robert Parker and Michael Broadbent and lots of other "experts" in the true mystery, "The Billionaires Vinegar" by Benjamin Wallace. You'll never look at the wine world or experts in the same way.

Someone told me they were an 'expert' since they had read a 'book' on a hot new collectable. Of course, this party also sells these hot new collectables so I'm sure they know what they're doing. The point is, you should know what you're doing -- But that's not always possible. Like the $300 I threw away on a fake box of Cuban Cohiba cigars in 1994. Or, back in '76 when I gave $25 to a hooker -- who told me to drive around the corner where she'd meet me -- only to find a Fayetteville cop who asked me what the fuck I was doing and convinced me to leave before I got into, 'real trouble.'

There's a lotta Wide Boys in the world but there's not a lotta Wide Ties. Least not in the High Street shops. That's an old Purple Label up there from six or seven years ago. Word is they're coming back. Which means some of you are gonna have to have one or two. And that means you'll have to buy shirts with a spread collar. And suits with wider lapels. And a watch with a larger dial. And... You see where this going? No? Then I have a box of amazing Cuban cigars and if you'll give me $300 -- I'll meet you around the corner.
Posted by tintin at 10:24

The funny thing is, wide boys I've observed in the City seem intrinsically and almost ineluctably drawn to relatively wide ties, if they're worn at all

Personally speaking, it's not possible for me to own one or two. At a guess, I think I own 20; some sublime, many ridiculous, most irreplaceable on grounds of rarity. The wider high-end ties of the 1960s and '70s were sometimes made in the most exquisite of neckwear fabrics

Being scammed is the bane of a great many operations, but I'm pleased to read that your teenage hooker misadventure with the sting operation did not end in your arrest. But it was rude of them not to return the $25

This immediately takes me back to Nik Kershaw's Wide Boy. Man, I loved that song.

A couple of years ago I went down to Florida to see my grandpa. After a couple of Budweisers, he always drank Bud, he asked if I wanted to go through his closet and take any thing.

He grew up with very little and he was never rich by any measure. He didn't buy much, but what he bought was generally worth the price...and he kept everything.

He was a much build than me, so I couldn't take any shirts, pants, shoes or belts...but the ties. Damn, he had great ties.

As I went through them, he kept saying he didn't know what sizes were "in" but it didn't matter. "They all cycle back eventually."

I wore one to his funeral a few months later.

I suppose the most surprising thing I learned here was that you were in Fayetteville.

That just makes me sad.

dt- That makes two of us.

Have you read the book yet? I read the New Yorker article several years ago - great stuff.

Patsy- Finished it Sunday. Couldn't put it down without pulling a cork and being grateful for being poor.

Barima, I was a soldier then. And everyone knows soldiers never get reimbursed.

Only ties I own are my pop's hand-me-downs and they're wide as the road to hell.

Count me as a proud member of the 'Four & A Quarter Inch' Club.

Tintin, too true, too true. On the other hand, my best friend, a Welsh Guards major, returned from Afghanistan earlier today and straight into the arms of his lady love. For some, it all pays off somewhere

Good book. I usually use a flank steak.

To me the wide boy flash here is the cufflinks with a brass buttoned DB blazer. A slightly wider than average tie is probably going to pass un-noticed but all that competing bling around the wrists?

Joe- Put your specs on. That's a SB blazer.

Hard to tell, not that it makes any diff to the bling count.