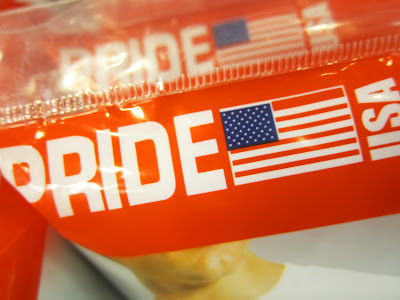 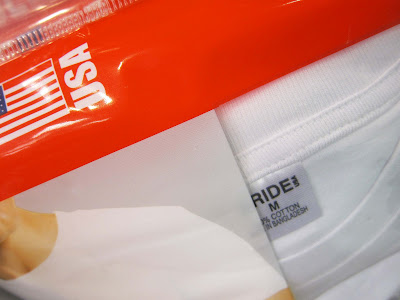 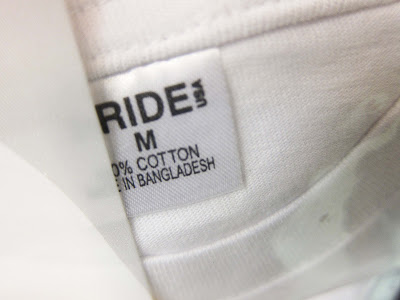 This Makes me want to break something. Maybe USA stands for the United States of Asia?

An iron on picture of Dale Earnhardt would cancel out the whole Bangladesh thing.

Its like a Chinese kid getting a tattoo written in English....
marketing to the foolish

Makes me think about flag burning.

Could we have been tipped off by the flag only having 12 stripes, or possibly we pulled a "Hawaii" on Bangladesh?
Perhaps we traded Delaware for the Bay of Bengal.

Bro - Good eye. Count the stars for me.

Sad -- reminds me of Brooks Brothers; almost every one of their shirts now made in China!

I'm inclined to agree with Scale and Uncle.

The site just crashed due to all the hits; and that was just tin tin.

I thought Bangladesh was just northwest of Oshkosh.

flag burning? tin tin congrats on having glenn beck as a reader.

Well, a number of items at Brooks are made in China. But the stuff that really still matters like the must iron oxfords, are made in the Carolina's, like god intended.
Also, their Southwick made suits are still made stateside. Take the sour with the sweet, gents.

Zach -
Actually, there's only one BB shirt manufacturer and they're in Garland, NC. Do you know where needlepoint belts are made?

Peter- No surprise there.

tintin- I wasn't sure which Carolina. Is that where Aaron from Jack Spade is getting their oxfords?
Where do they make the needlepoints? The site says USA, but that is a pretty broad statement.

Hilarious. Remember all those silly magnet stickers you used to see on people's cars expressing all the usual right minded sentiments (the fad like the ones still around has faded). Some of them had made in China printed in the corner.