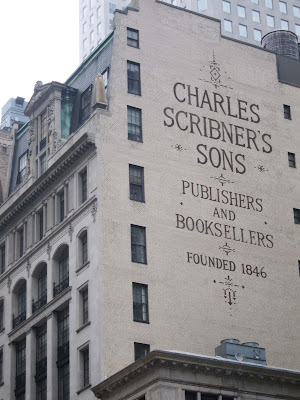 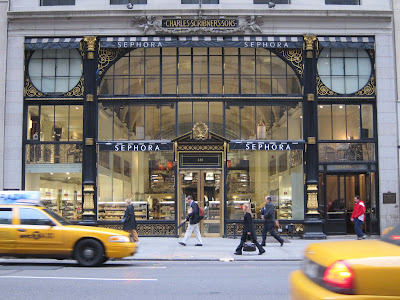 Most recently home to Benneton and Sephora 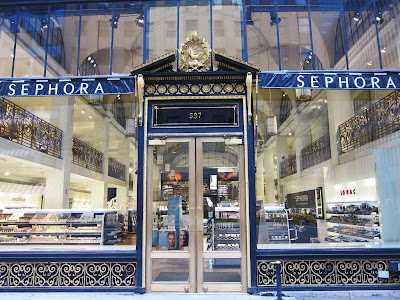 Books were displayed either side of the doors 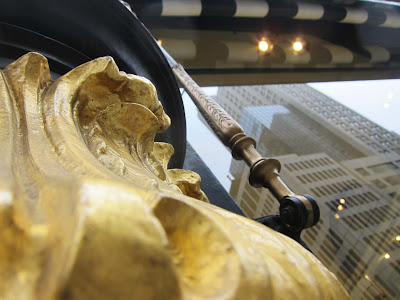 There's still history -- and make up 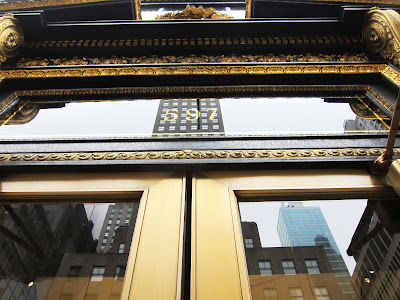 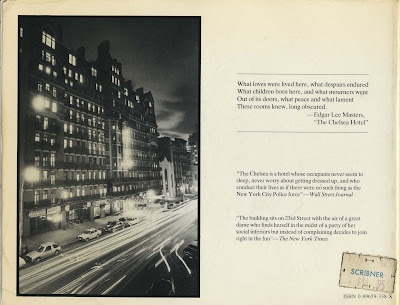 My love for Scribner's comes from an obsession with Thomas Wolfe during my first job here in 1984. Bored and unable to finish 'Look Homeward Angel' I read 'The Web and the Rock' over and over while living on 18th Street between 8th and 9th.

Pages were devoted to a moment lasting a second or two, and even with the attention span of a Wire Fox Terrier on a triple Americano, I was sucked in to the exclusion of everything around me. Never read this book on the subway or train.

Wolfe recalled stepping out the Scribner doors with his first check for Look Homeward. I think it was $20,0o00 although I'm not sure. He headed north in a trance until 125 Street...unaware of the distance he'd covered. I think of that when I look at the doors. I've reenacted the journey. Hard to do in a trance. The 20 k probably helps.

I bought an autographed copy of 'Chelsea Hotel' by Claudio Edinger in Scribner's. Wolfe had lived there and so I had to as well. In 2001, I had my chance and met Chelsea manager, Stanley Bard who showed me a couple apartments. One was Bob Dylan's. Not the greatest for entertaining.
Posted by tintin at 11:41

Ever seen the galleys, or pictures of the galleys, for Look Homeward? Perkins' handwriting everywhere. Apparently, he had to line-edit TW more than any of his other writers.

Cannot think of the Chelsea without thinking of scenes from "Sid & Nancy."

I remember it like yesterday. I had to fly out of Lagaurdia airport on a Summer day, the same day that I had business in East Hampton. Neither time nor appointments would change to fit my schedule, so I had to take a little shuttle flight from the East Hampton airport to the general aviation terminal at LGA in order to catch my plane. The plane only held four passengers and as I waited for the departure who should appear but TW, dressed in his bespoke finery in an outfit that probably cost more that the plane. Dressed in a searing white with impeccable accessories, he looked the perfect dandy. I often regret that I didn't at least say who much I enjoyed his literary work. But you know how it is. He knew who he was and I knew who he was, the rest didn't need to be said.

Wrong Wolfe but that's okay. Your blog is great.

Oh Thomas Wolfe....I guess I spent too much time on The Electric Kool-Aid Acid test.

Thanks for this. I recently finished reading "Just Kids" -- Patti Smith's new memoir about her friendship with Robert Mapplethorpe. She talks about her job at Scribner's in the early '70s. That and a cheap room at the Chelsea Hotel pretty much saved both of their lives in the early days before they made it to the big time. Nice to see this. Wish they still had books here instead of lipstick.

I think of the beat down in Munich, the screwy family and the obvious influence on a hard drinking Mama's boy Ivy leaguer from Lowell.

I ove the books too.

Didn't you elaborate more on your enquiries at the Hotel Chelsea once before? I vaguely remember the rentals were outrageous??

dylan's former abode and his concerts have something in common.

scribner & co certainly printed money for a while. amazing the authors and books they put out.

I can't help but see a future in which the megachains are blown away like tumbleweeds and historical buildings once again make what made them historical.One dreams.

This makes me thinks of "Metropolitan," the scene where Audrey is thinking of buying that Jane Austen box set.

If you haven't read the bio of Maxwell Perkins, you should.