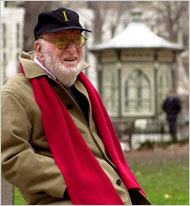 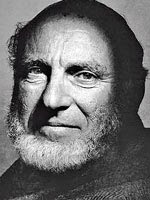 "...strength and stability. Everything I'm not." 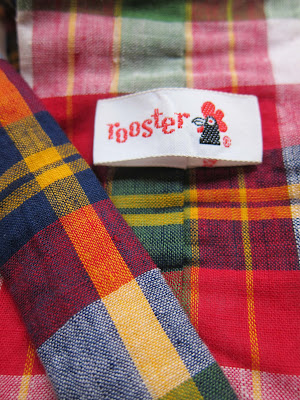 I never heard of Max Raab until recently. He's a helluva story. If you're over 40, you've probably heard of; The Villager, J.G. Hook and Rooster Ties. Then there's the woman's shirt dress he created and the films he produced: Clockwork Orange, Walkabout and Lion's Love along with documentary films, STRUT! and Rittenhouse Square.

He loved sailing, drinking and playing the sax. He loved Rittenhouse Square. He made a pile of money. He lost a pile of money. Adored by friends and employees...Max Raab must have been a hoot.

"For me, success is getting acceptance of ideas I believe in."

In the late '40s, Raab sees college girls going crazy over Brooks Brothers button downs. Unhappily knocking out crap for his father's blouse company, Max creates a button down shirt for women. It takes off. He takes the same shirt and creates the shirt dress. It takes off.

"Waspy women love the classic suburban look, and Jewish women want to look like WASPs. I knew I had a winner."
In 1952, Raab opens his first shop in Elkins, PA. Five years later he starts The Villager. A preppy clothing manufacturer for women. Check out eBay for some timeless finds. His father thinks he's crazy and his wife leaves him. And that's too bad because Raab winds up with 140 franchised stores. The NY Times calls him, 'The Dean of the Prep Look.' He starts Rooster Tie in 1969. He marries his head designer at Villager. Things are humming along until 1970.

"I didn't anticipate the blue-jeaning of America."
Raab loses $2.5 mm before selling to the apparel company, Jonathan Logan. There's a sharp turn left to the west coast where Raab becomes a film producer. He'd had a bit of success in the early '60s when he secured the rights to John Barth's novel, End of the Road. The debut picture for Stacy Keach and James Earl Jones. He tries again with the rights to the novel, Clockwork Orange but strikes out with Hollywood until he convinces Stanley Kubrick to direct.

Raab thought there was little difference between producing a line of clothing and producing a film. He followed Clockwork with Nicolas Roeg's Walkabout. Nominated for a Golden Palm at Canne it was the film Raab was most proud of. Lion's Love by Agnes Varda and Hex starring Keith Carradine cap off Raab's feature films when he decides to return to apparel.

"I get much more recognition in the apparel industry."
Borrowing $100,000, Raab kicks off J.G. Hook in 1974. His timing is dead on as prep returns for a second act. Raab sticks to classic clothing that doesn't upstage the woman and describes the company logo as a 'hook' or anchor and claims the initials were random.

"My logo shows strength and stability. Everything I'm not."
In 1989, he creates Tango, a menswear company, but nine years later sells J.G. Hook and get's the producer bug again. This time with documentaries about his home town of Philadelphia. STRUT! is about Mummers and Rittenhouse Square is a 2005 doc about Raab's favorite park.

Alright who gives kudos here first? Me or Mr. Mainline?

When he was filming "Strut" he stopped into Chris' Jazz to meet with this guy Goldman who is sort of an unofficial historian for the Mummers. He then came back to hear Larry McKenna play sax one Wed. night. He was a gracious and unassuming guy when I met him. I had no idea until much later that he was a clothing giant in his day and involved with "Clockwork Orange." A guy named Eddie Grieves filled me in.
Bro-We shall not gush...but just be happy and content that Philly and Mummers were mentioned in the same post without so much as a negative syllable.
Thanks Tin-Great post!

Figures you two would show up here whining about Philthydelphia. I was really surprised by Max's story.

Main Line, I understand he owned some restaurants and theaters. You know anything?

Bro, I'm tracking down STRUT! and Rittenhouse Square as I type even though the Mummers make me break out.

I have a half written post all about the mummers waiting for my hesitant behind to finish it. I absolutely love the Mummers parade but a visit to the mummers museum kinda hurt my feelings.
Littlehammas had an art sale in Rittenhouse square one day... she thought lemonade stands were to normal. Little rug-rat has officially outsold me as an artist ten to one.

How funny: last night I was looking at a J. G. Hook blazer on eBay and wishing I knew more about the brand. Now I do! Thanks.

Just found your blog. Worked for Max Raab at JG Hook in the early 1980s. Wonderful man. Brilliant and humble. He ran a great company and put out high quality clothing. Though I never saw him again after I left the company, I was so sad when he died because the world lost a wonderful man.