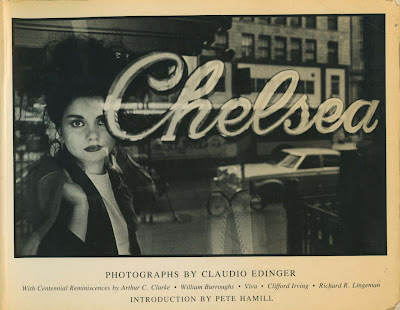 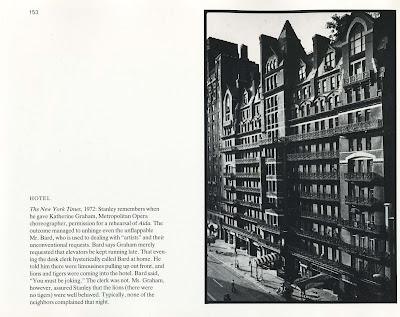 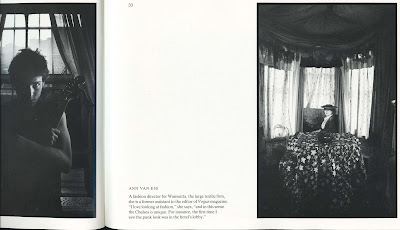 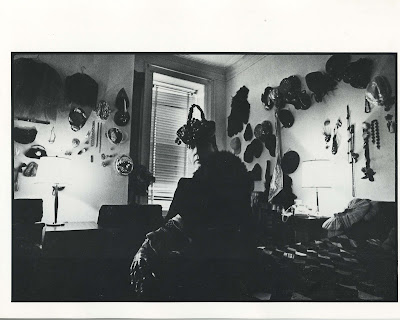 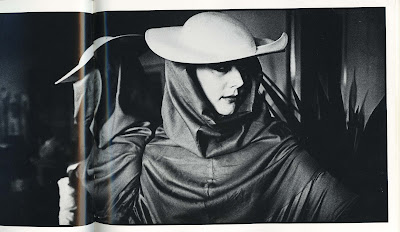 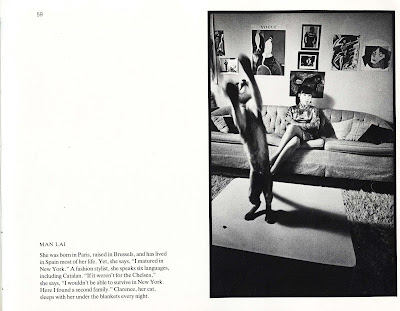 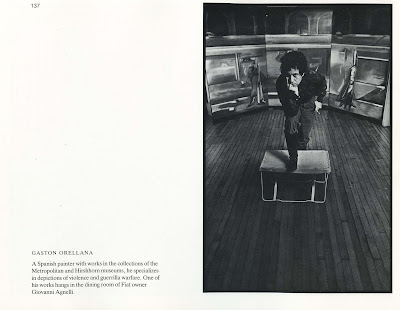 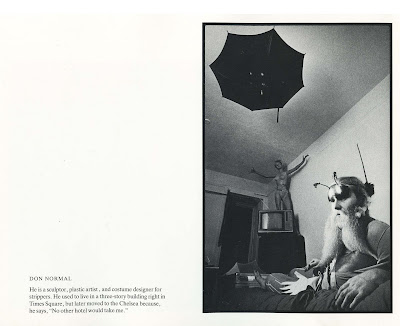 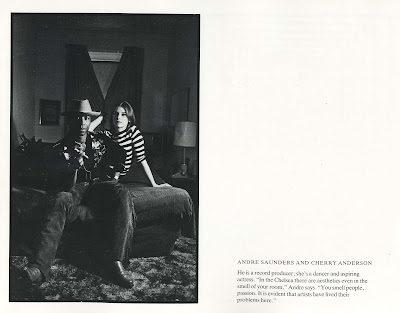 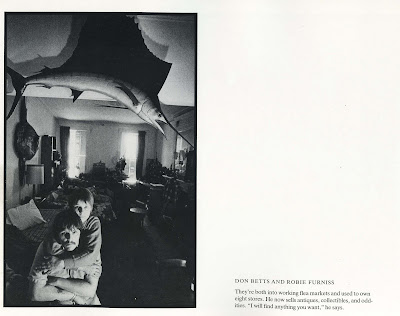 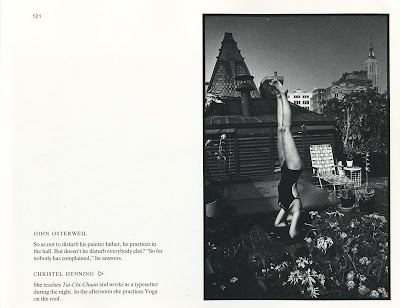 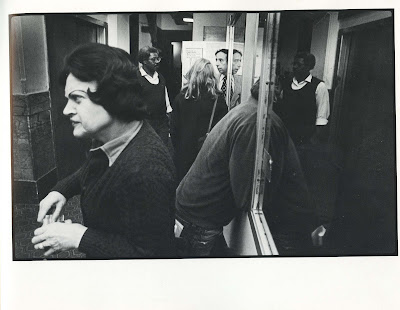 The hand rail at Washington's Headquarters in Valley Forge was original to the 18th C stone farm house. Visitors loved to touch it knowing George Washington had done so. Little else was original. "Furniture from the period." "Paint shade researched but..."

The Chelsea is original. Thomas Wolfe walked through the small lobby. So did Mark Twain, Arthur C. Clarke, Dylan Thomas and Sid Vicious. And Jane Fonda, Milos Forman, Henri Cartier-Bresson, John Houseman, Arthur Miller and Janis Joplin. With so many famous residents the unknown take on greater celebrity thanks to photographer Claudio Edinger who documented them in this 1983 book.

Ann Van Ess, Molly Parkin, Don Normal, Man Lai and today's semi famous, Suzanne Bartsch. I never got to know them but I'd flip through this book and wonder about them. Just as I might if I saw them walking through the lobby. There are few places I feel at home. A hotel in South Kensington. A restaurant on 60th. A farm house in North Carolina. And here.

I lived a few blocks away in 1984. I hung out in the lobby and often had black bean soup at a Cuban Chinese (La Chinita Linda on 19th St. and 8th Ave) restaurant a few blocks south. One afternoon, I stared at Blair Brown eating -- until she shot me a nasty look. I looked down at my black beans in shame and promised never stare at the famous again.

In 1992, I stayed a couple nights at the Chelsea in a $75 room. There was a TV without a remote and a poem written in the closet. The room was bright with light during the day and there was not a sound at night. I felt as if something would happen but it never did.

The summer of 2001, I proudly walked into the lobby as a prospective tenant. There was a studio apartment painted royal blue with a hot plate and a sink for a kitchen. Mr Bard told me the rent was $4,500 a month. The next apartment I saw had been occupied by Bob Dylan. A one bedroom but with a kitchen larger than the studio. It was $7,500 a month. I could select my furnishings from a diverse collection in the basement.

I'm not sure what'll happen to the Chelsea or all that furniture. I know I'll never live with her but I still like to see her. Just as friends.
Posted by tintin at 10:57

Nothing tastes worse than dissapointment and blackbean soup.

The Chelsea is just a hotel now. I attempted to book a room in her, but I discovered that there are a wide range of room qualities. Some dusty, ratty, loud, and decrepit, while others are very well appointed. My wife, not wanting to take a chance booking a decrepit room in July, vetoed me and we ended up at the Kitano off Park.

Word is that the Chelsea will be restored completely.

If Molly Dodd glared at me I would have started chewing with my mouth open. :)

I remember you well in Chelsea Hotel

Ah, yes, I remembered correctly. Those rents struck me, too. No price too high for some things, right? (I'd probably pay a lot for an old flat of George Michael's... but I'd draw the line at paying to use a public loo he's visited... Heh.)

"Staying up for days at the Chelsea Hotel,writing 'Sad Eyed Lady of the Lowlands' for you..."

I met Molly Parkin at some cocktail party in London when I was working there in the early
80's. A very odd girl. A bit too obviously outrageous. I like quiet outrageousness but the US is so PC relative to London we find it hard to handle.

Anon- Not to sound too paranoid but...I've always had a theory that Stanley quoted insane rents if he didn't like you or thought he could get more. I was an insurance schmo working for Aon and was being paid a relocation allowance. I would have hated me if I was Stanley. Plus, the studio he showed me had a bathroom. If I knew there was a studio for $1,895 -- shared bath or not -- I'd a taken it. And things may have worked out very differently for me. Not in a good way.