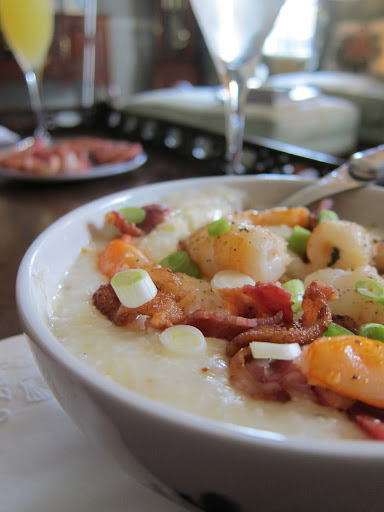 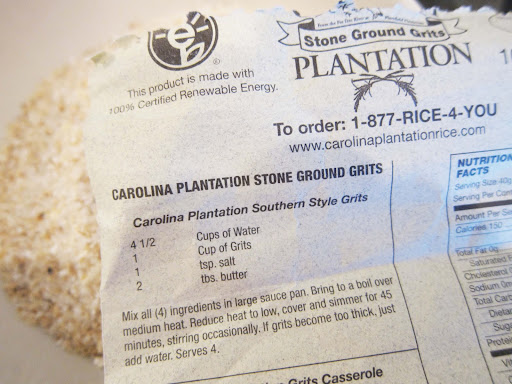 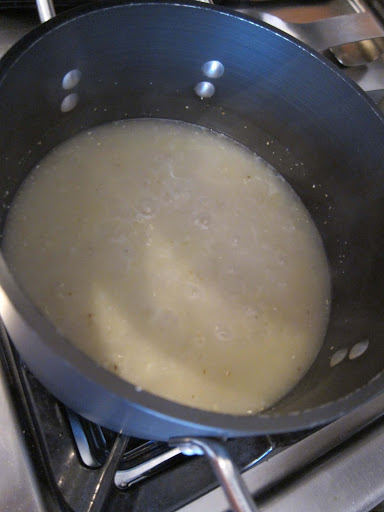 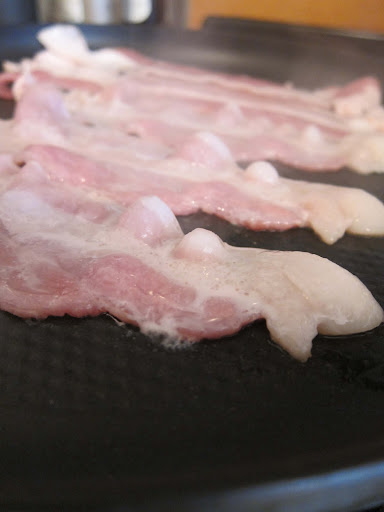 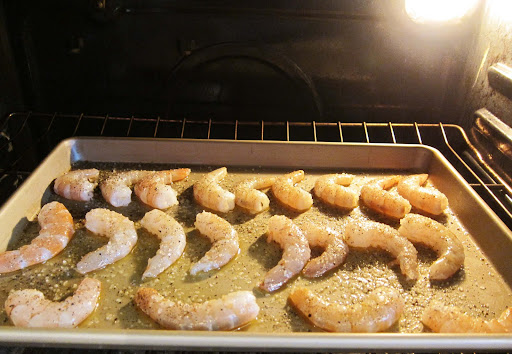 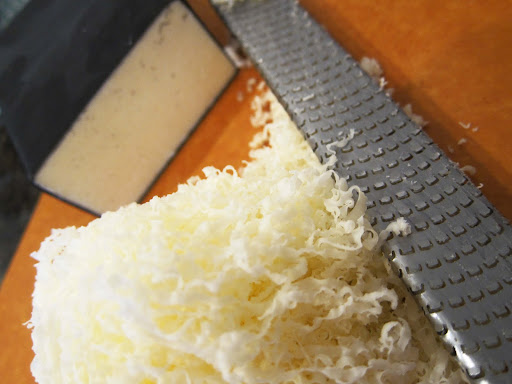 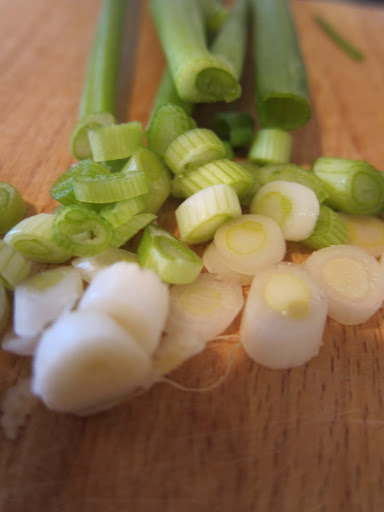 Eat this 'fore it gets cold

I eat Shrimp & Grits only three -- maybe four times a year. It's beyond rich. I can feel myself gaining weight with each bite. Prosecco cuts through the fat and melds with the cheddar cheese melted in the grits. I always tweak the recipe. Next time I'll try country ham instead of bacon. Here's how it currently works:

Simmer grits 45 minutes.
Cook bacon.
Clean shrimp (These were Gulf shrimp and perfect).
Douse tray with olive oil and add shrimp.
Season with sea salt and lots of pepper.
Bake for 10 minutes at 350. No need to flip shrimp over.
Plate bowl with grits and add a handful of shredded cheddar.
Add a tablespoon of bacon fat and stir until cheese melts. About 5 seconds.
Crumble bacon on top of grits.
Add shrimp.

It's a huge pain to cook but good stuff to nibble on while you do. Make this for a friend so they'll do the dishes. This doesn't work for leftovers. Eat all you can until you think you'll burst. Like a tick. Do nothing the rest of the day 'cept wish to hell you knew how to cook this in 1984 and could write like Pat Conroy today.
Posted by tintin at 14:47

Fantastic dish and one of my favorites. Man, I feel heavier from just reading this!

Interestingly, grits are not groceries....

That old culinary rule some people adhere to....no cheese with fish or shellfish....well this is a good example of why that rule is nonsense. I love this dish!

Dang it! Now I'm going to have to make this. I used to think that shrimp and grits was some sort of highfalutin citified "fusion cuisine" having never heard of it while growing up in the South. But finally...I tried it. Verdict: shrimp and grits make a perfect pairing. And adding bacon and scallions the way this recipe does just plain raises the bar a bunch.

Looks easy and delish! I think sea salt is key to a lot of good food these days.

RE: "The Happy Bachelor" Call sign.
Actual call sign was simply "Bachelor" that I copied from previous team leader to keep things simple. No point confusing radio operators.
Your mother didn't care for it, (thought it referred to my then "geographical" single status.)Silly.

One newbie Yankee, eating grits with us for his first time, said it was the best Cream of Wheat he'd ever had.

This reminds me of the shrimp and grits I had at Hominy Grill in Charleston, SC... only better because they're homemade. Nice work.

Never baked my shrimp. Sometimes I just have them near the stove to pick up the residual heat from the cooking grits/bacon. It's almost like seviche without the citrus.

Plantation makes great grits, but the real trick is learning how to cook them. If you do it correctly, i.e. like a risotto, even shit grits are gold.

I've been known to make cheese grits with white-meat chicken for the seafood-phobic (despite my best efforts, I know a few).

Either the shrimp or the chicken version can be slightly enhanced with a wee bit of red pepper sauce. Tabasco or Frank's brands are particular faves at my house.

Delisheeos.
Iowa boy in Richardson Texas 1973 sleeps over at Alabama transplant friend's house where he eats southern food for the first time.(What no Braunschweiger?)
Friend's Iowa born mother explains that yes, you could eat grits like Cream of wheat but nobody ever did that.

In most of Minnesota its still the rule that milk is a sauce.

Something popping up at weddings here in the South more and more: the grits bar. Pots of plain and cheese grits, served in a martini glass (a little twee, but it works), and an assortment of toppings (shrimp, cheeses, Benton bacon, etc.) Would work well at brunch at home too, of course.

Tin Tin, I am so impressed to learn that you are exploring your southern culinary roots! My beloved mother served Shrimp & Grits with an ice cold Miller Lite..."less filling". ME

Add lemon juice (to taste) for a little lightness and brightness.

A bloody mary on the side helps too.