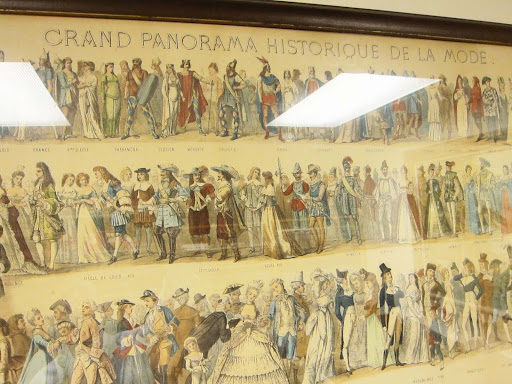 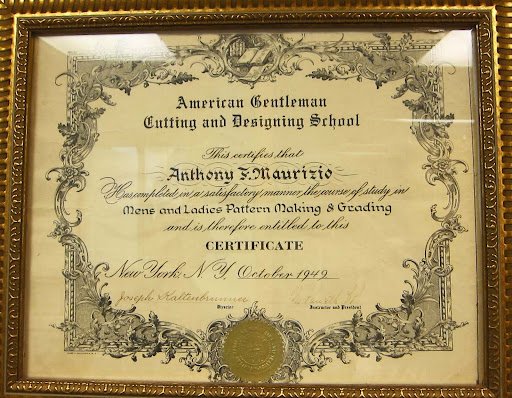 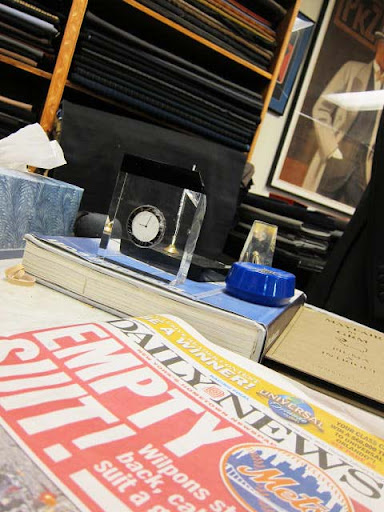 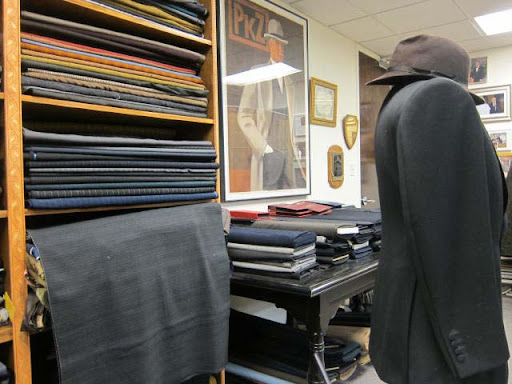 That PKZ is for sale 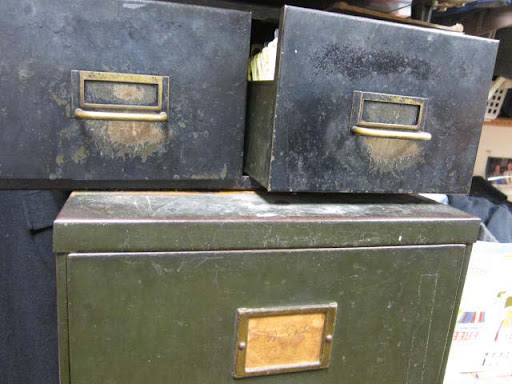 They may have the receipt 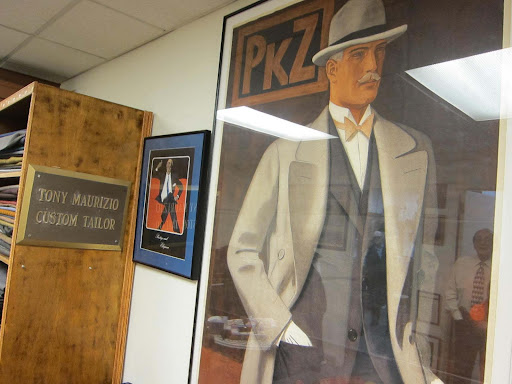 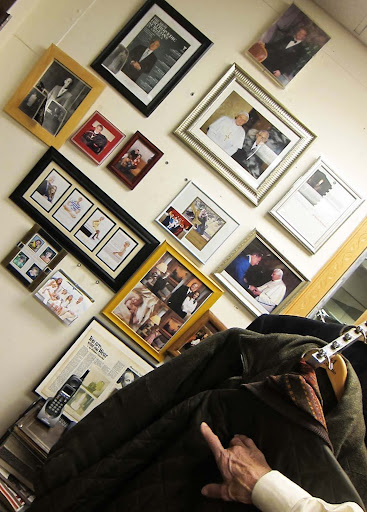 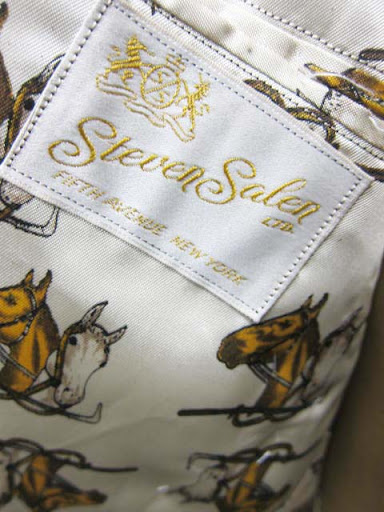 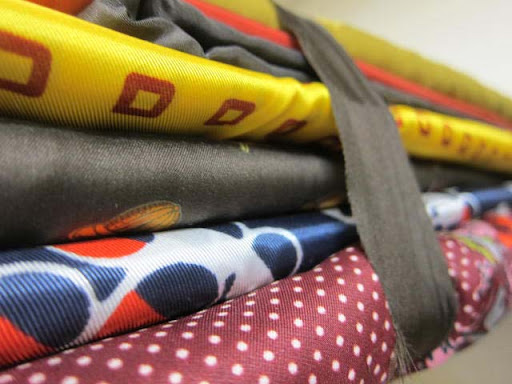 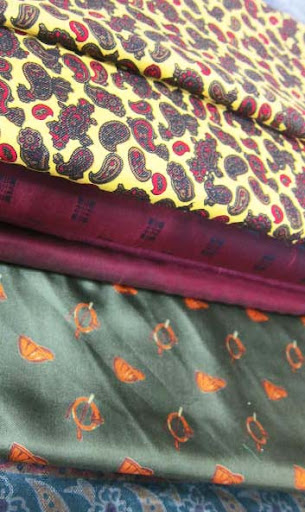 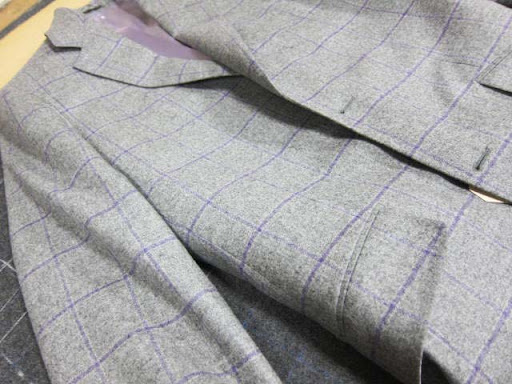 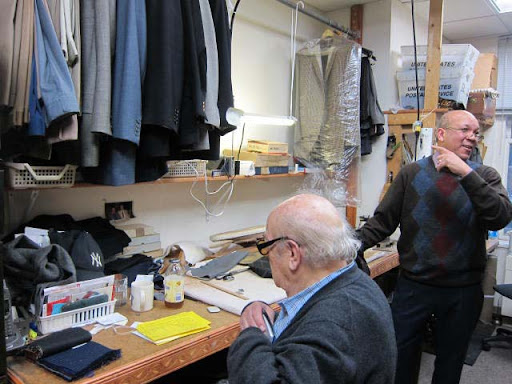 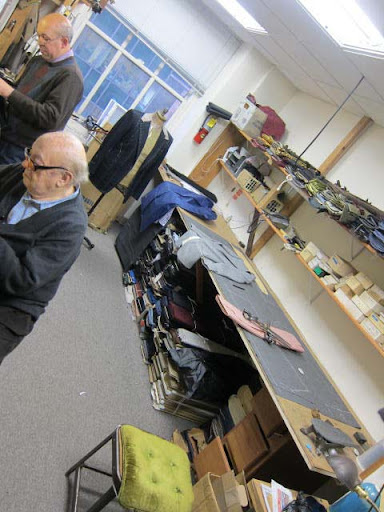 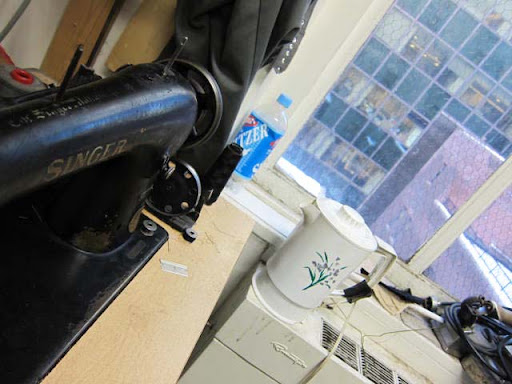 Singer with a view 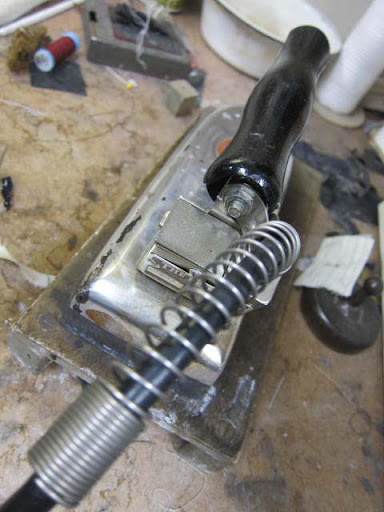 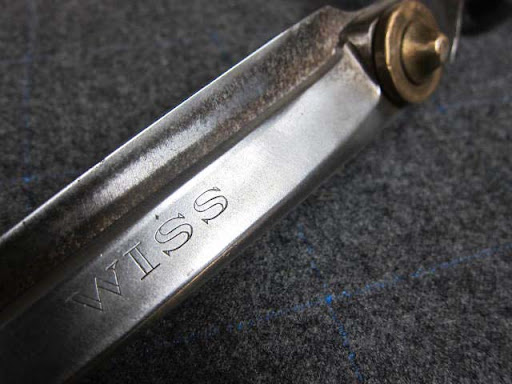 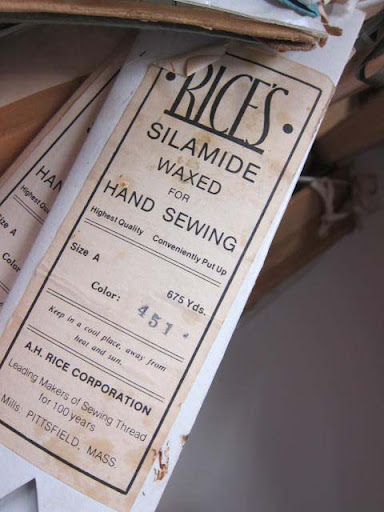 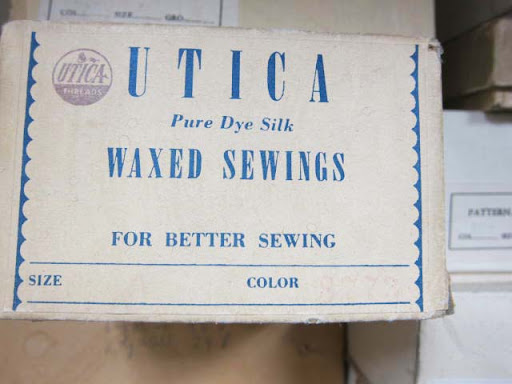 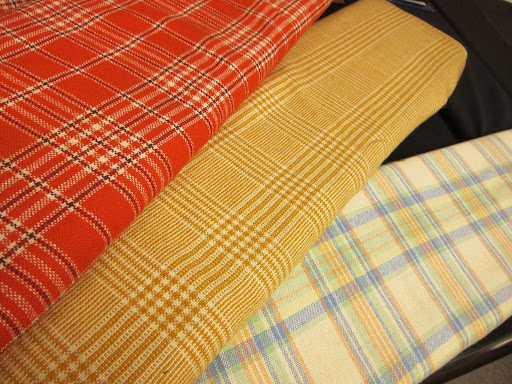 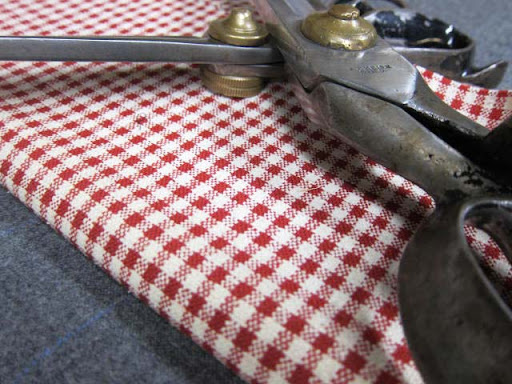 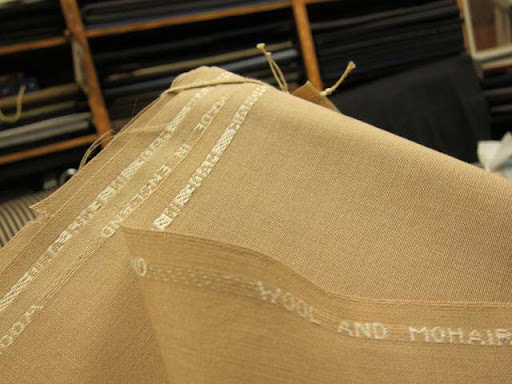 Wool and mohair. Half Lined. Patch Pocket. Side Vent. Side Tab. Summer Suit 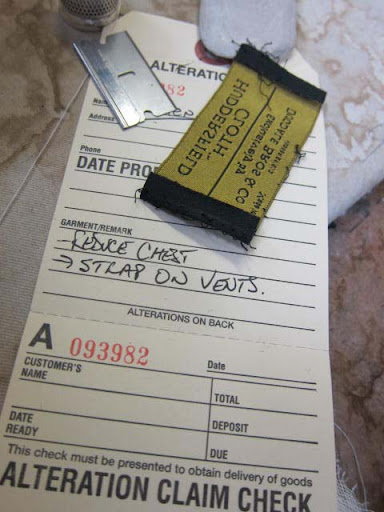 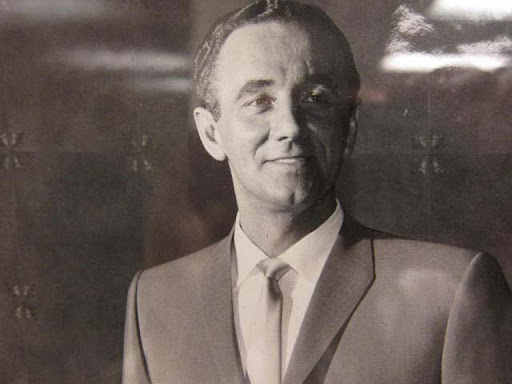 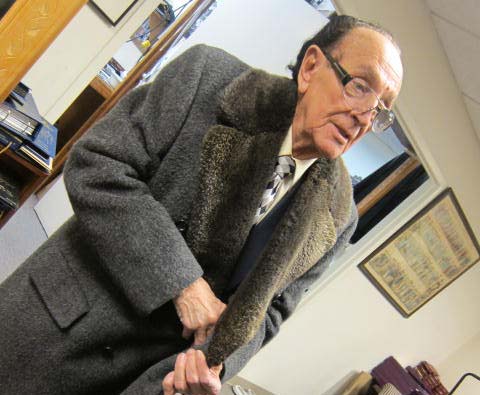 I hope this will be a repeating series but you never know.

Back in the '50s, there were 300-400 bespoke tailors in NYC. Today -- there might be 30. It's an amazing thing to find workrooms like these in a high rise. But Steven Salen and Anthony Maurizio are still at it - although very much off the beaten path. I don't think the boys from Esquire or GQ have ever been here.

Men's apparel has been invaded with moneyed Wall Street types who recently decided they always wanted to open a men's shop. Made to Measure, mostly in China, is doled out to the unsuspecting for $1,200 and up. The mark up would astound you hence the attraction to Wall Street.

Tony and Steven do it here. All of it. On the 11th floor of 509 Madison Avenue. And I have no idea how much longer they'll be here. They don't have a web site. They're sure as hell don't have any marketing savvy. Steven can't even figure out his phone. But they can build you a suit. In fact, they build suits for a lotta shops in NYC who claim to build their own. In that respect, these two men are the source and you get what you pay for (they ain't cheap).

My hope is to find more tailors in NYC. I have some leads on a few. Many don't want or need the exposure. But it's hard to know what you're getting today. You stand in the mirror. You get chalked up. And then what? Where does your suit go? China? Mexico? Turkey? Or, to the 11th floor of an office building in midtown Manhattan. To those scissors. That thread. Those linings. These men.

Thank goodness you are documenting these craftsmen before they are gone. My grandfather was a tailor and I used to love looking at the bolts of woollens ans swatches of fabrics. I just don't get the equation of $1,000+++ for an off the rack suit, when you can get a custom made rig for the same, or slightly more money. Oh right, no D&G, Boss, etc. label sewn in the jacket.

I hope there are more in this series, too. (Love the detail shots.)

I love your blog. Thanks for doing it. I recently stumbled upon Leung's Custom Tailors on 92nd and Lexington. I stopped in to have a blazer adjusted, but they advertise full custom work. By the looks of the stacks of fabric rolls, tooling, and swatch sample books jammed in every corner, it certainly appears the much of the work is done in house. For whatever it's worth.

Thanks again for a great read, daily.

Yes, like Alice said, more of these if you please!

This was a nice read with sentimental value. However, I am not completely sold on the fashionable disdain for products made outside of the U.S.

I'm in the market for a couple of full canvas 2 piece suits, what´s the approx. cost?

Robert- Never heard of Leungs. Thnx of the heads up.

Makaga- I'm working on it.

Dallas - who said anything about fashionable disdain? Oh, you did. I'm saying that if you knew the cost of having a suit made in China you wouldn't pay $1,200 for one.

Comment was directed at the collective erections that are being formed over the made in the USA movement.

Dallas- Which, erections aside, isn't a bad thing. Just 'cause somethings popular doesn't make it stiff.

You know that these stories. The gritty granular ones. Trip the hell out of my f_cking trigger. I've been remiss in visiting anyones blog lately, much less writing a watered down ass story on my own. It's these little gems that remind me of why I started reading and writing this bullshit from the beginning.

Take me to meet them.

I have a pair of those Wiss shears, from my g-grandfather's tailor shop near Seattle. Gone now, some 30 years. He wore riding boots and breeches and Pendletons with elbow patches and rode horses on the weekends, back when a man could make a living as a tailor and own a horse and drive an old Lincoln.

Heart and soul...they still do it simply for the love of it. Well done.
~M.

I'd pay money for admission just to watch these guys use that old iron and listen to their shop-banter.

I can always tell the real deal, when I have the urge to clean the place up.

Thing that really bothers me about finding folks like this doing old world craft in a craftless new world is the tyrannical ticking of the clock.

If I was a crafty old world euro-trash director going against the Jery Bruckheimer blockbuster grain, I'd say something like, I can almost see them slowly dissolving in soft focus.

BTW Bud Light aint half bad. After the seventh one it tastes like something very cold with a caramel aftertaste or maybe that's me burping up Jameson with a vomit aftertaste.

Stew- I just had the same burp.

Thanks for the great post. Tony just turned 89 and retired. I've been going to his shop and listening to his stories since 1964. The last piece that he made for me, a cashmere full length overcoat... incredible. Tony is an incredible artist and gentlemen.

A. Stone- thank you for the news of Tony. Lovely man. I feel honored to have met him. I only wish I had the dosh to have him make me that mohair suit.

They are now out of business. "Gray & Lampel" / "Steven Salen, Ltd.", the very last of the great Fifth Avenue tailors, is no more.