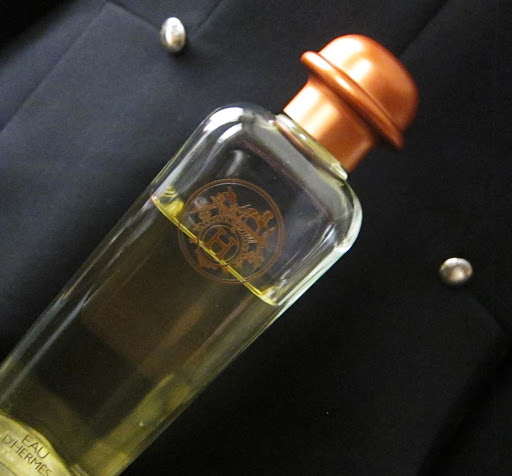 "Cumin in a bottle" 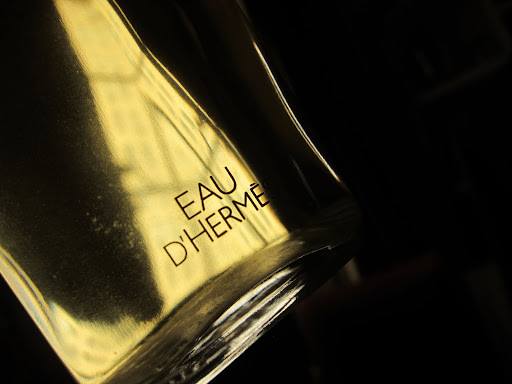 It's been called sex in a bottle. Animalic. Classic. Leather. Astoundingly real. Cumin done right. Balls in a bottle and my favorite, "Grace Kelly's handbag stuffed with Robert Mitchum's jockstrap." I think it smells like Monkey Bread. Naked Monkey Bread.

Created by Edmond Roudnitska in 1951, this is a unisex scent that has always appealed to me. While I love Caswell Massey Lime... it's a little like comparing junior high school necking in a church basement to a long weekend in the 16 Arrondissment with Charlotte Rampling clad only in a riding jacket.

I've had that bottle since 2002. I use it sparingly because it's expensive. And it lasts. My nephew is a scent hound. I once caught him opening my EdH and had to peel him off the ceiling when I said in my best Alec Baldwin bass, "Put. That. Bottle. Down." No 15 year old has the right to wear this. He's gonna have to do time in that church basement for a few more years.

So true one walks around Passy in XVIem specially on the weekend and see these wonderful women wearing their wrinkles and conservative chic clothing and you get the wiff of Hermes that makes you start to follow them in hope of a Bell de jour experience in the Bois,equally it seems to make men sophist and animal like at the same time.

Cumin is indeed evocative. What I love is that on one person these strong scents bring to mind a taxi-driver and on others, they bring you to your knees.

Isn't it time to grab your Rhodia note pad, meet with some money people and figure out a way to save Hermes? Think of the ribbon possibilities.

cumin is great on skirt steak. not sure how i feel about it on my neck.

Help me here....What color is the jacket?

But what if the kid can show you proof he's a closer?

"Charlotte Rampling clad only in a riding jacket."

You forgot the boots Tintin. She does exude it but I always found her rack a bit on the small side. Another star of the same era who had a similar persona but no rack problems was Romy Schneider...remember her?

I've never sniffed Animalic (I'm a Parma water guy) but I'll give it a try.

Dallas- I never thought to use EdH as a marinade. Tbanks. Another post for the Double Duty series.

Rich- You're gonna me in trouble with my sister.

tm- Was wondering when you were gonna show up. I used Canoe until I was 19. He's highly evolved scent wise.

Joe- A sad story, Romy. I agree she was beautiful. But Charlotte in an Hermes Riding Jacket...

Love the photos, as always, and the Charlotte Rampling ref. The perfume shrine opines further on Eau d'Hermes, minus the Rampling connection. http://perfumeshrine.blogspot.com/2010/01/hermes-eau-dhermes-fragrance-review.html

I feel the same way about Equipage, another scent by Hermes. I don't like the top notes too much, but after the first hour it is heaven on earth. Can't stop using the stuff.