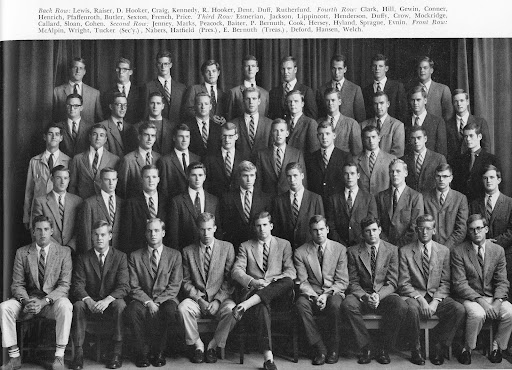 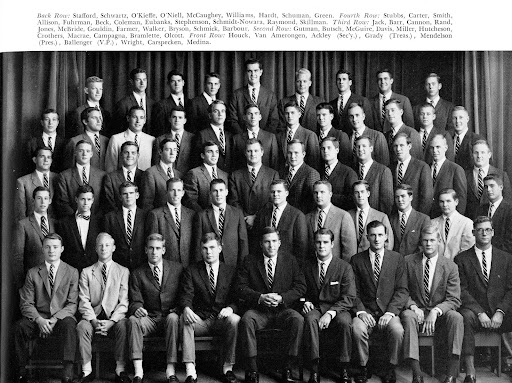 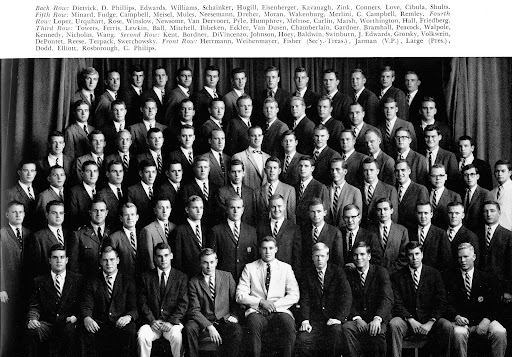 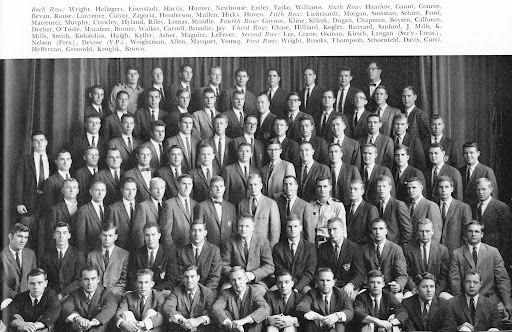 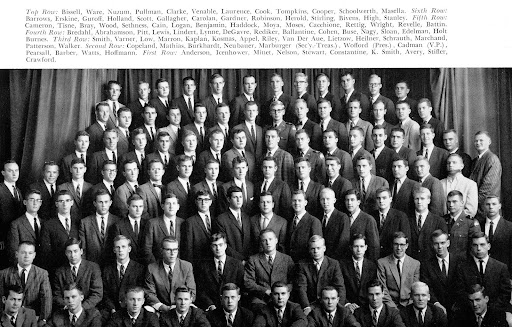 Excerpt from The Trad interview with Frank Deford:

The Trad: Were you in an eating club?

Frank Deford: Oh sure, everybody was. That was one of the problems with Princeton. Every year they had this thing called "bicker" in which you were selected for a club. It was a cruel, dog eat dog process. Talk about law of the jungle. It was an awful process. I won't go into that, but everybody was in a club except five or six guys who weren't chosen by anybody. They were called 'hundred percenters' which is an awful term.

FD: It means that if they had been selected, 100% of the class would have gone into clubs. But these five or six guys didn't. So, they were tagged with the term 'hundred percenters. In other words they weren't a hundred percent but everyone else was.

FD: I'm not sure how the term started but that's what it meant. It meant, "you loser." It was like wearing a scarlet letter on your forehead.

TT: Amazing. What club were you in?

FD: I was in Ivy which was the oldest club. Very interesting club. In many respects it had the reputation of most snobbish and there certainly was a snobbish element to it. But the other part of it was, it would take in really different kinds of people, like me. And so it was sort of a bifurcated club.

Frank Wisner, who's been in the news the last couple of weeks because he was the ambassador to Egypt. Frank was in Ivy with me. That just occurred to me. It was a good experience. I enjoyed Ivy. Bill Bradley was in Cottage which was -- Well, you don't think of clubs having rivals but Cottage was the next thing to Ivy.

TT: I'm looking at your class. Some of the clubs look very small.

TT: There you are on the front row. Third from the right.Some others clubs. Terrace looks pretty big. Tiger Inn...

FD: Tiger was the jocks and Cannon Club was the real tough jocks.

FD: I mean they all had reputations. Quadrangle was sort of the do-gooders. Like Kit Bond, who was the senator from MO who just retired. Kit was in Quadrangle. Every club wanted to have a reputation...otherwise you were just another club.

TT: I'm looking at Cannon and you're right...they look like a bunch of jocks...

FD (Laughing) Yea, the 'Gun' we called it. They had parties in which the beer would be an inch thick on the floor, but there were a lot of really bright guys in Cannon. You couldn't paint everybody with the same broad brush in a club.

I remember a guy, Carl Belz, who was the starting center on the Basketball team -- Carl was in Cannon but he went on to be a professor -- I can't remember his specialty but he's lead a very esoteric and academic life. It was a fascinating time. We were an in-between generation.

TT: How do you mean?

FD: Well, if you look at the generation that came before -- WWII. Then the tag end of that was the Korean war, and after us came all the boomers and they were the ones that tore up the 1960s. Everybody talked about how work changed in the 1960s. That was after us -- We were the hammock in between greatest generation and the wildest generation.

We didn't do dope or anything like that. That wasn't around then. We certainly didn't protest. There was nothing to protest. So it was a very quiet time in a way. But it probably allowed you to put your life in order. Better than the other generations.

Check out Mr Deford's new one, Bliss Remembered.
Posted by tintin at 13:17

Very well done, like the PUROTC uniforms mixed in.

This post brings to mind Fitgerald's character's discussion of Bicker in This Side of Paradise.
I favor Cannon....any party with an inch of beer on the floor is my kinda gig...
Great post...thanks!!

My father, Kirby Gale Jr. was in Ivy and in the graduating class of '61. He also recalled how brutal and excluding the eating club selection process was.
You had to join, because if you didn't, there were very few options as to where you might find your meals each day.

I'm guessin the guy with the desert boots "guarded the keg" a lot.Great photos,the classic college boy look, still very much alive in my childhood but soon thought to be very stodgy and conformist. I remember seeing Animal House. I was amazed at how that low budget film got the look down so well.

I'd be more interested in this if it was discussing contemporary clubs by someone who wasn't born in 1910.

Eating clubs were created at Princeton shortly after fraternities were banned there and thus they share many similarities. Bickering is a lot like rushing/pledging. Of the ten clubs, only five still bicker (Cottage, Ivy, TI, Tower and Cap & Gown). The other five are open to anyone. About 3/4 of the Princeton undergrad still join them because they have basically become open, coed dining halls that throw parties once a week.

I'm guessing Ash wednesday wasn't big at the Ivy club. What are there, two guys who aren't WASPS?
One of them, the guy in the artist's smock made the news in recent years.
Prepped at Groton, graduated from Princeton 1962.
http://abcnewsradioonline.com/business-news/2010/11/22/jeweler-to-the-stars-arrested-in-alleged-217-million-fraud.html

I look forward to Frank Deford's weekly comments on NPR. His voice, his insight, well...you get the picture. Even if you hate team sports like TinTin, you welcome his intellect. Kinda like George Will -- you might not agree with his politics, but you have to admire his unparalleled command of the English language.

I must admit my imagination is active. An excerpt from a 2010 PU report on eating clubs...

A significant number of alumni noted the extent to which a negative bicker experience detracted from their overall Princeton experience and left scars that lasted a lifetime, including one alumnus who wrote: “The process of bicker was one of the worst experiences of my life. I am in my seventies and that is quite a statement, isn’t it?”

Funny that no one mentions the bigotry.
Or is that just obvious, taken for granted, of course?

(Didn't mean to fart but just had to.)

I'm noticing each club has its own tie (except for some oddballs who couldn't find theirs that day or just had to go bow tie)am I right?
Z

*sigh* 35 years ago the clubs were still pretty dreadful. I was in Cap and Gown for a year. I hated it and dropped out.

Much has changed since then. My ballerina daughter was in Tiger Inn. My son was 'hosed' at Ivy and while he didn't enjoy the experience, signed into Terrace and now thinks it was for the best. Things have changed. I now believe the clubs are one of the things that make Princeton alumni so rabidly fond of the place.

Kids still wear clothes, however, and sit on lawns, and remind us old people of how precarious is youth.

Oh, but Ivy has changed least of all. However, it's not racist. It manages to be both the most elitist and perhaps the most diverse.

But you know, my personal experience is only that, and far less potent than myth.

Spent a fine graduation night with my then-brother-in-law at Ivy. The dust on the Vermouth bottle was an inch thick and the library shelves were empty. But everyone was in black tie.

Though not what one could ever consider a true sports fan, I desperately miss the human & lyrical quality of Frank Deford's weekly sporting commentaries via WSHU. Great coverage from an unexpected source, Trad.

The zambones has made something interesting with the first photo- can you find the face?

Tin Tin -- I know I'm very late to this post, but in case you read this: you say this is an "excerpt." Where's the rest? I'd love to read it.

You forgot Colonial, which in the early 60's had a mix of creative types: Triangle actors, writers, musicians. Later had an astronaut and the guy who became chairman of Google. Pretty open in the bicker process, this one went to full open early on.