Off Her Back: Chicks in Shirts and Cod 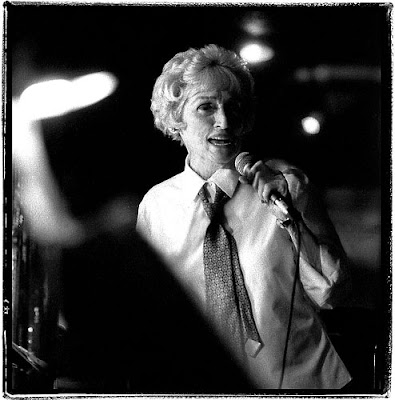 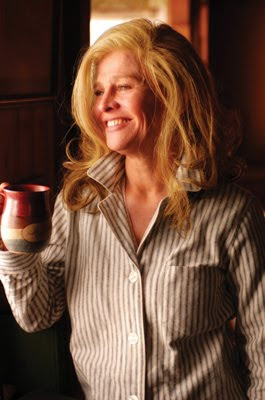 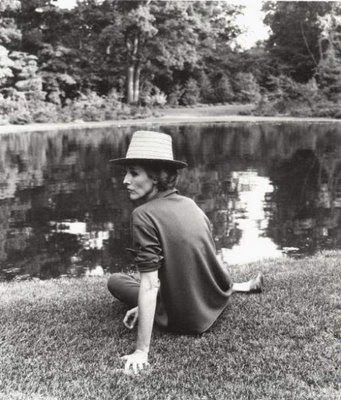 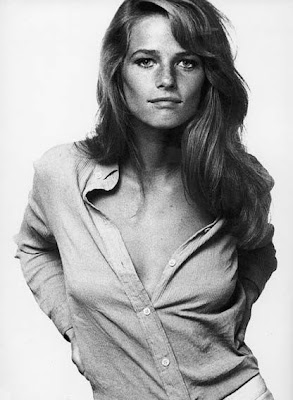 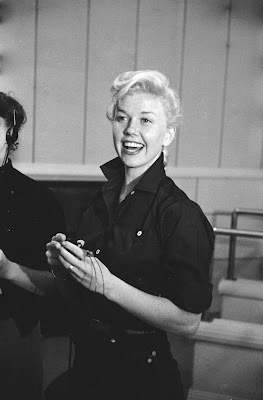 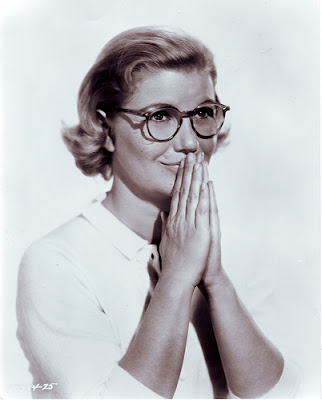 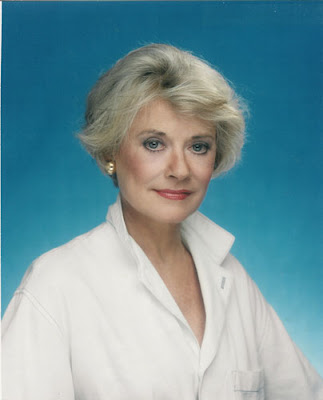 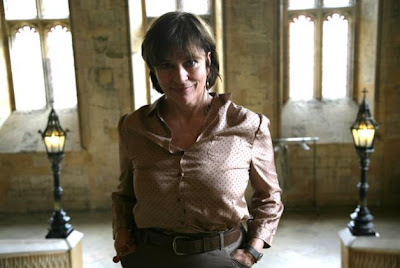 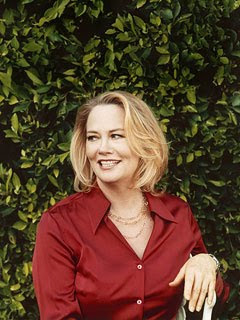 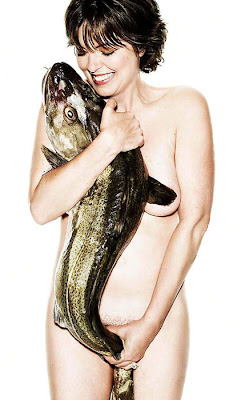 Greta Saatchi
Posted by tintin at 06:53

Labels: Chick Week, Off Her Back, Women's Blouses

Superb post as always Tintin. My votes go to Rampling and Quick. There's nothing sexier than a woman wearing your OCBD and nothing underneath. Nice to see Greta Scacchi keeping Cod close to her heart. Every day should be Hug-a-Cod Day!

The whole women in men's kit is a great look....the prime exemplar has to be Marlene but more recently Bianca Jagger perhaps. It's a great look. The other day my old lady bought one of these "how to" books for a neighbors daughter who is in her early teens and I noticed on the list of must have items were a man's shirt and a man's brown trilby....good advice.

Umm, I'm just gonna try my best to remember Anita O'Day from that outdoor concert she gave in the video you posted...

Greta Scacchi? (skah-key) She's always been on my hot list. But the fish has to go.

-10 points for spelling Katherine Hepburn's name incorrectly. Other than that, I love it.

Does anyone remember the ad from the 80s for cologne (Stetson, maybe) featuring a foxy dame in a man's shirt, going through the dresser drawers and she caresses all his clothes with a look of longing. Then the phone rings and she looks startled, picks it up and she says "Honey...I was just thinking of you..."

There was also sunbathing a la francaise, if you know what I mean....

Tintin,
Charlotte Rampling. Do you remember her in Georgy Girl? Her character in the movie was reprehensible, but I would still love to look like her.
BTW, I watched Make Way for Tomorrow. By God, I wanted knock those knuckle heads together. I mean, really, you can't make room for your own parents? I was more pissed off than saddened by the movie. D

Suddenly I'm switching to The Trad to see what beautiful women he will be featuring. Today's selection does not disappoint. Stunning and very sexy. Charlotte Rampling. Uh huh.

Charlotte Rampling? What a babe.

Anyone who thinks that hooters need to be surgically "enhanced" (i.e., mutilated) needs to take a look at Charlotte. Wowzah!

I think my monitor's going to melt.

I really like the women in men's shirts trend, and I can tell from your pictures that it has been around a very long time and it not going anywhere soon. I love this picture of Julie Christie.