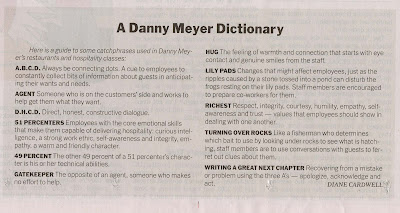 When I was 14, I asked my father why we didn't go to church. His sister was a nun and his parents were very religious. So much so, I remember whenever my grandparents visited the three of them would go to Mass leaving me, my sisters and mother at home. I wasn't complaining but we were living in the deep south at the time where everybody went to church and I was feeling like a sinner.
My father took me outside and pointed at the night sky. He told me it was hard for him to believe there was not a God when he looked at the stars (I was confused). I remember he put his hand on my shoulder (even more confused) and still looking at the sky told me if I ever wanted to go to church he would take me.
And then he said, "I'm not sure people need church as much as they need the Golden Rule." "What's that?" I asked. He looked down at me, "That's where you treat other people the way you want to be treated." Not long after this conversation I found myself running around my neighborhood late at night with some friends. A car was parked on the street and the driver's window was down. It was trash night and a garbage can temptingly sat next to the car.
Someone said, "Let's dump that trash can in this idiot's car." It sounded like a great idea. But then the Golden Rule hit me. I objected. Someone said, "Why not?" "Because," I said, "I wouldn't want someone to dump a can of trash in my car."
I'm not sure you need all of Mr Meyer's acronyms up there but they can't hurt.
Posted by tintin at 09:41

I had experiences like yours, but my jerk friends just ignored me and toilet papered a house anyway.

Wait, I thought it was the BROKER "who is on the customer's side and works to help them get what they want." The agent is just trying to maximize his commission ;).

I'm kind of with your dad on the Golden Rule being a purer form of Christianity. The cynic in me believes adherents are set for a lifetime of disappointment.

The Golden Rule is an important one, but not the only one. It's an excellent place to start, but I believe one needs to go further in order to develop fully as a moral member of society. For example, I'm sure that most of us would like to be treated mercifully, but "mercy for the guilty is cruelty to the innocent" (Adam Smith).

I have always liked the following analogy about churchgoing: Going to church, listening to the sermons, and singing the hymns is like eating a meal. You don't remember every single one, but each one nourishes you.

As much as I dislike "me, too" comments, ditto to HTJ's comment.

Sean - It doesn't work all the time.

W Essex- That's only in our business which is the short yellow school bus of financial services.

Anon Eng Femme- Perhaps but it helps to have simple instructions.

Family Man- Like my father - I think it covers a lot of bases.

Hell is full of Christians.

From Tin-tin's phred dad
Your Aunt, the nun (later a Mother Superior) and I have had many conversations over the years about organized religion. I keep a sign here that says "I don't have any fuss with a Supreme Being, it's his/her fan clubs that I object to."
I remind her that if God is indeed everywhere, then we don't need a "middleman" to talk to him. (I'm like the old phud in Fiddler on the Roof.)
I often go into my George Carlin act that reduces the 10 commandments to just one. (Similar to golden rule.)