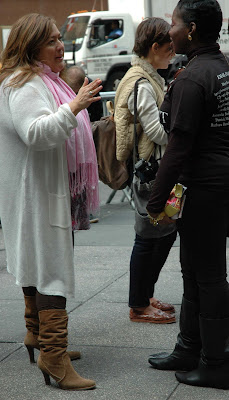 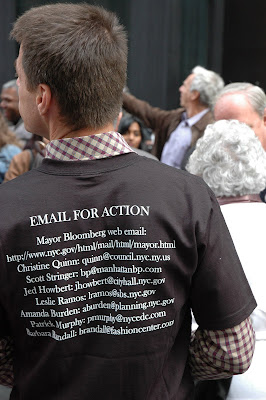 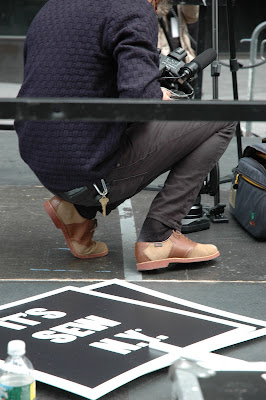 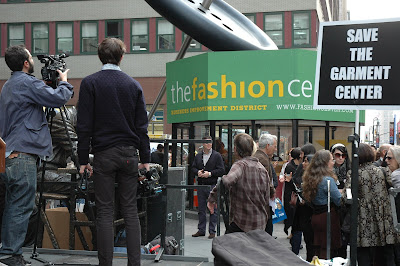 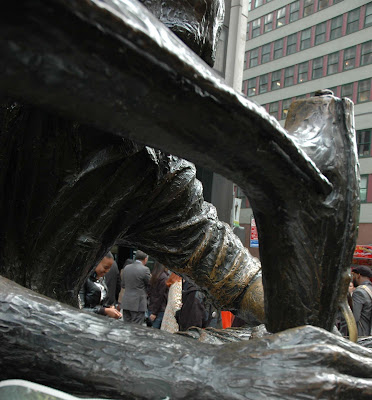 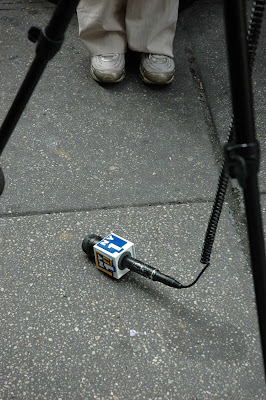 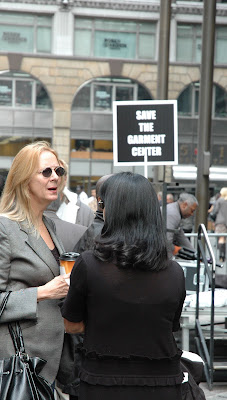 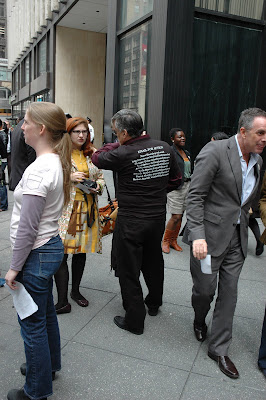 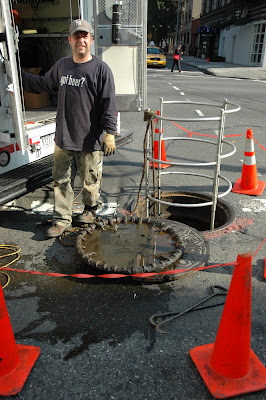 Some jobs are never leaving
Posted by tintin at 18:12

Tintin,
Alas, still experiencing technical difficulties. I know I am late to this thread but here is my two cents. Unless the American consumer is willing to buy less and pay more for domestically produced goods US manufacturers will just keep shutting down their factories. D

Only related to the photographs... love your work, looking forward to see more.

I agree with you up to a point, Tintin. However, I'm not willing to pay $300.00 for a domestically produced pair of Bass Weejuns when I can buy a gently-used pair from ebay for fifty bucks. The manufacturers should follow in the footsteps of good old Mr. Bean by limiting their profits to 33 1/3% of what it costs to make the garment. If the manufacturers aren't willing to take the lead, you can't expect the consumer to follow suit when he's got mouths to feed and tuition bills to pay, etc. Frankly, I don't know anybody who would pay $300.00 for a pair of shoes whether they can afford to pay that sum or not.

D- That's key. It's been said that men spend more $ on apparel today than they ever have - - and most of it sits in the back of their closets.

Joe Shit the Rag Man isn't going to buy Flusser's books and educate himself. Not in this world where the hammering message from an advertiser is, "So easy a cave man can do it." Or, war lord anglo saxon vikings or whatever they're supposed to be, designing their own cash cards. Add that, 'It's okay to be a Moron' to the public read on a man who cares about being well groomed (aka faggot) and it's no wonder black suits made in China and sold at Men's Warehouse corner the market.

Alice- Only my photos? You'd love my insurance certificates. I also do a mean work comp audit.

anon 23:21- I agree with you on ebay. It's a great place to buy used shoes - - but frankly, while I'm not adverse to buying a sport jacket from eBay - - I'm not buying a used pair of shoes. That's my line and I'm not crossing it.

$300 for a pair of US made shoes in an iconic style never worn by someone with a flaming case of athlete's foot seems a bargain to me.

I spent $350 on a pair of shell cordovan shoes in 1984. They've been resoled I don't know how many times and rebuilt once by Alden. I still wear them. And I see them go for $300 and more on Ebay. I'd sell mine but would prefer to keep my athlete's foot to myself.

I read about this issue on online news.

Good man-on-the-street shots ending with the sewer guy. Love the dropped mic with the feet photo! Make it b&w for effect.

I'm neither a faggot nor wealthy but I TRY to buy American-made clothes, which means I buy mostly C.C. Flison (not all Filson garments are produced in the land o' plenty, however) and I pay a lot for them.

Thankfully, they are well-made clothes (with only a few exceptions) and withstand not only my wobbly, droolin' bouts of drink but also briar trolling for wabbits.

It was perfectly affordable for most people to buy American made garments when I was in college nearly three decades ago. The same isn't the case today, especially when you consider the fact that wages haven't kept pace with inflation. It's ridiculous to expect people who have to pay bills to spend three hundred dollars on a pair of shoes. That's my take, anyway. Besides, a few days ago you congratulated me on my purchase of gently used Bass Weejuns on ebay for $47.50. What's changed since then.

DB- You can't shake the Tri X can you? Thanks. I think these are mostly bad but then again, most of my pics have been mostly bad for 30years.

Stewart- Everytime I wear my waxed cotton Beretta hat in NYC I think I'm gonna be jumped. But all anyone ever asks is if there's a hat with a likeness of Robert Blake. Love the Filson - - which is not at Barneys. That means it's time to look for something more obscure. Like Herters on Ebay.

Dad, Great minds...go back two posts where I recommend Schmatta. I still wonder about Sophie.

Anon 13:37 - Hold on there. I have a good friend who recently played Pebble Beach. I hate golf. But that didn't stop me from congratulating him because I know he loves golf.

Having said that, I'm reminded of my ex-brother in law who bought his kids the cheapest pizza in Highwood. Whenever the ex and I bought pizza for his kids we bought the most expensive pizza in Lake Forest. I'm still very poor and he's still very rich.

PS to Anon- What do you do? For a living that is. Just curious. Because whatever it is - - in this country - - you may not be doing too much longer. All of this is connected.

Stew- I meant to say, Filson is at Barneys.

Of course they are.

Didn't some Ralph Lauren lackey take the reigns? All of a sudden - Filson ... For Women. That's like inviting the wives to a bachelor party.

Former Polo exec, Doug Williams bought it from Stan Kohls (owner since '81) with investment backing from Brentwood Associates. I think Stan's timing was probably dead on.

Stew- Shit, man. It's easy. Google "polo exec" and "Filson" and there's mountains of stuff. But I can't find out what they paid for it and that's the good part.