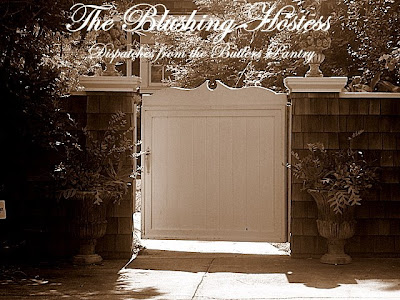 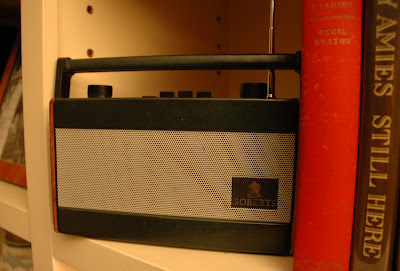 
The Sexy Hostess
I was usually cut from any team sport I tried out for in school. I still don't know if I'm over it. So, it was really depressing when a story I wrote for The Blushing Hostess was cut. She had asked for something about, "a sexy hostess." The other boys wrote stories and they all made the cut. I guess I can see why my story didn't make it. It's a tad earthy. With apologies for the length. This was, after all, not supposed to be here:

Years ago I discovered, what I thought, was the Paris - London difference. Leaving Paris and bound for London on a train, I was thinking how elegant Parisians are. Their appearance on the street is nothing short of perfection. It's a style I've tried to copy and mannerisms I knew not to imitate. Mulling over these thoughts, I looked out my train window and was surprised to see elegant apartment buildings with their balconies piled high in...garbage. Old refrigerators, cardboard boxes and junk stuffed everywhere. Building after building. It seemed Parisians were using their balconies as large trash cans. Does the typical Parisian put more effort into their appearance than in the appearance of their home?

The train exited the tunnel and I noticed the English homes and gardens were perfect in every way. Yet, in the city of London I was amazed to see streets filled with dowdy dress, cheap men's suits, women's shoes designed by Nazi Gestapo Lesbians and a personal unkemptness. Did the English put forth efforts in their home's appearance at the expense of their dress?

Understanding this is all a huge generalization - - I'll move on.

She was English on her father's side. French on her mothers. She met me at the door of the home she shared with her husband in South Kensington. A beautiful head of blonde hair contrasted against black leather jeans, suede paddock boots and an Hermes looking silk blouse. She brought me to the living room where cigarette smoke hung heavy over the dinner guests. A BBC news reader in her revealing tube top, a classic car dealer with a shop in a London mews, the wife of a London film director and a fella in the shipping business with a wife who said she was related to Pocahontas. Music came from a wood and green leather Roberts radio.

Conversation was erudite and sophisticated. Two drinks on an empty stomach and these people were my new best friends. An elegant dinner table with two silver candelabra was outside on a small flag stone terrace. Candle light and a white Burgundy made all of us beautiful. I remember sitting next to 'BBC' and having a chilled white port after dinner. Later there was a drinking game of 'Kermit' and I was losing badly while the Robert's Radio played Symphonie Fantistique from under some box wood.

I looked across the table at the hostess. She was laughing at something Pocahontas had said and reached over to a silver box lined in cedar where she pulled out a Silk Cut and after the elegant ping from a Cartier lighter... she exhaled the most beautiful slip of thin blue smoke. And it hit me like a lorry. I was looking at Fiona. You know? Kristen Scott Thomas in Four Weddings and a Funeral. The profile. The mannerisms. The way she smoked. It was all Fiona.

BBC interrupted my staring and asked me about an American actress. I mentioned the actress had a rather large - - I didn't say ass, or butt, or derriere but said...fanny. The conversation stopped. BBC gave a, 'You poor dear' smile and sat back in her chair. Fiona was laughing and she said, "Tintin, I'm afraid 'fanny' here means something very different than what it means in the states." She put her cigarette out. "You see, while a fanny is something you sit on in America...here...it's the ladies..." and she proceeded to explain it was a ladies 'hoohah.'

Some of life's earlier mysteries now made sense. Marianne Faithful's song, Why'd Ya Do It, "She had cobwebs up her fanny and I believe in giving to the poor" made sense. Garbage's, Shirley Manson's, "I bought a new guitar. It's the same color as my fanny." made sense. A whole new world opened. And then, at the urging of the dinner guests, Fiona told me the Fanny Green joke. And now that you know - - I'll tell it to you.

Somewhere in a small village - - a man enters a confessional and says to the Irish priest, "Father, it's been one month since my last confession and I've had sex withFanny Green every week for the last month." The priest tells the him, "You're forgiven my son. Now go out and say three 'Hail Mary's'."

Soon, another man enters the confessional. "Father, it's been two months since my last confession and I've had sex with Fannie Green twice a week for the last two months." This time the priest asks, "Who is this... Fanny Green?" "A new woman in the village," the man replies. "She just moved here. The most beautiful red head you've ever seen. In fact, she's coming to church this Sunday." "Very well," says the priest. "Go and say ten 'Hail Mary's'."

That Sunday the priest is standing at the head of the church next to an alter boy when a beautiful woman enters. A red head dressed from head to toe in green-- Green blouse, green mini skirt, green stockings, green patent leather shoes. She slowly sashays up the aisle and sits in the first pew in front of the alter boy and priest. She looks at the priest and spreads her legs. The priest turns to the altar boy and asks, "My God. Is that Fanny Green?""No Father," the alter boy replies. "I think it's just the reflection off her shoes."

I wonder if the French get that joke? I went to Harrods the next day and bought this Robert's radio in wood and green leather. 19 years later it reminds me of that night on a London terrace when Fiona told me about Fanny Green and everything in my world shifted an inch.
Posted by tintin at 05:25

The Blushing Hostess sent me this way-I can see she is blushing. A very informative post-the Fanny Green story would be much better with Fanny Green decked out in 18th dress and the Right Reverend etc etc- very Erica Jong's Fanny- a raunchy read. I don't suppose the story would work as well,but as most stories go it would be better in period costume. Fanny seems a bright girl-surely She could figure something out.LA

This is a great story! Thanks for the early morning laugh!

"everything in my world shifted an inch"...lovely. Everyone's had one or two of those moments. As far as your history of getting cut...well...at least you weren't the fat kid getting picked last in dodgeball.

Great post. I wonder why Blushing wouldn't publish it. She did ask for "sexy" after all. And where the H is Toad?

Sexy is in the eye of the hostess in this case.

Thank you for every single thing.

little augury- I agree 100%. Nothing like 18th C rogering from Ms Jong. I fell in love with her when I read Fear of Flying in the Army. I'd read for a while but kept looking at her picture on the back of the book thinking, "Boy, would I like to meet her."

Bonjour Madame- You're most welcome. Thank you for stopping by. I didn't know Blushing had so many tasteful and erudite friends.

L.A.S.- By the time you reach my age you'll have more than one or two. I was actually pretty good at dodge ball. It was just those other balls - - Foot, Basket and Base I had problems with.

Tessa- Well, her site is about things that look and smell nice. I'm not sure fanny would fit in over there. And that's okay.

Anon- How the hell did you sneak in?

Blushing- The nice thing about ADD is, his shoes would probably fit you. He has very tiny feet.

sweetheart, some of your readers may not know that 'fanny' in british slang...well, let's just say it doesnt mean butt.

Nice way to string it all together, Tintin. Here's some irony: Kristen Scott Thomas has lived in Paris for years.

anon 21:10- If they read the post they know. I assume you didn't. You have to do more here than just look at the pictures.

DB- Yes, I knew. I've been a long time fan. Whenever she shares a scene with Grant you can really see how great of an actress she is and how Grant -- has nice hair.

You know what "they" say about tiny feet...

I get cut all the time--no worries

Where in South Ken??

Beth- Can you elaborate.

LBT- A short walk from the tube stop.

Delicious! Love the bawdy Brit humor - not surprising, as I am one.

Blue- Thank you! There's nothing sexier than an english lady telling an earthy joke.

TinTin: There's things about me you don't know, Blushing.

TT:You don't want to get mixed up with a guy like me.

Not a very hospitable hostess who asks you to write on a contrived topic (sexy hostess????) then refuses to post it when you do so. And to think that you were kind enough to publish that gauche Italianate art and Gucci belt of hers.

Honestly Tin, the thing that makes you and ADG and a couple others so entertaining is that you tell it like it is, warts and all. No self aggrandizement (or at least not much). No unecessary pretense "having been a young executive trained by the greatest social hostess you have never heard of" jazz.

Easy- Yeah, Fiona did it to me too. I almost changed my name to Charlie.

Tater- Are you published yet?

FIDO- Blushing has sponsors and I respect that. ADG and I don't have sponsors. And I like that. Who would be insane enough to sponsor us? Still, I've learned a lot from ADG and Blushing. And I've learned from comments like yours. They're why I keep doing this.

Advice is what we ask for when we already know the answer but wish we didn't. -- Erica Jong