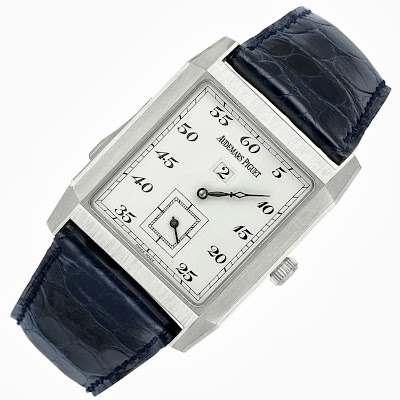 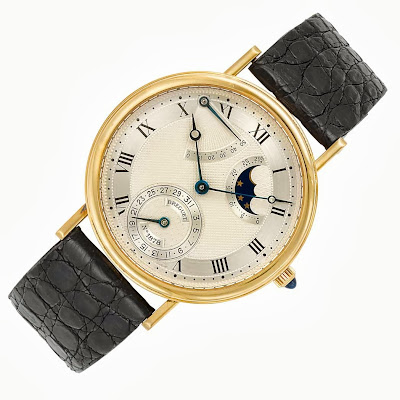 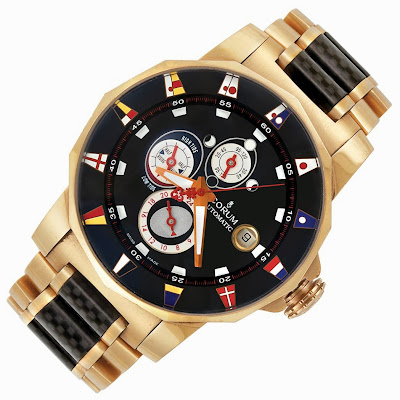 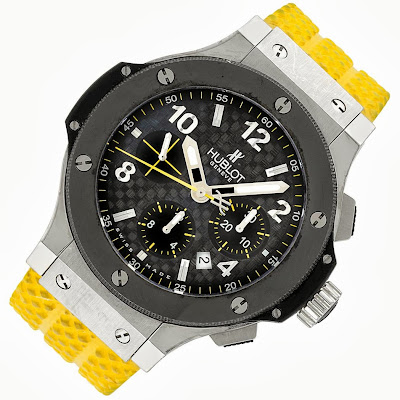 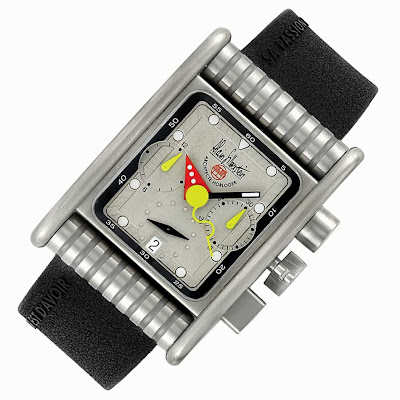 Doyle in NYC has a jewelry auction coming up tomorrow. From a Palm Beach collector, it strikes me as very South Florida looking.  I remember working in the Castillo de San Marcos fee both.  As park rangers, no one liked working in the fee booth but it was required duty for a least an hour a day.

Entry fee was .50 cents - A true bargain in the National Park Service but one day I heard this guy complain, " Geez, I pay my taxes and the government's hitting me up for fifty cents?"  He stood in  sock-less alligator Gucci loafers with the red and green canvas under the bit.  Bleach blonde hair and over sized Porsche sunglasses on his head with a Corum signal flag watch on his wrist.

He and his wife get to the fee booth window where he throws a dollar at me.  I push it back to him, "That's alright, sir.  No charge."  He cocks his head, "No charge."  "That's right, sir.  I heard you complaining and so I figure you're having some tough times.  Not to worry -- I'll pick it up."  What unfolded is another story but I do believe it was documented in the Ranger Log.

Michael Bastian said in an interview that it was important nowadays to wear a nice watch since everyone dressed so poorly or how else could you judge a man. That seemed pretty shallow to me -- Until I remembered that day in the fee booth.
Posted by tintin at 07:13

On a unrelated note. I have been looking forward to the BB "Own Make" rollout since your post in the early spring. Just curious your thoughts. I saw it online the other night. Its seems like they just missed again with all the short skinnny jackets. It all looks great except for the fit. And the shirts are $225???

The first watch. Definitely the first. Where's my Dunhills? In my cigarette case somewhere, methinks.

I like the look of that Piquet tank, the rest have too much going on for me.

His wife's reaction had to be priceless.

No watch, that is what's happening. The power watch is passé. I do recall a power meeting, with a power guy, who kept his AP Royal Oak squarely in my face the entire meeting. Waved it like a flag. His was all we needed.

You have to continue this story. I'm dying to know.

Yes, please do tell more.
As to the watches, I'd rather buy a third house / more real estate. One can always make another watch, land... not so much (unless of course in FLA fillin' in gator holes for theme parks or malls).

I used to be a Hollywood writer. In Hollywood, there are uniforms. The business side wears very expensive suits, usually Italian. Talent can wear whatever they want, and they do. "Creatives," - writers and other such trash - are expected to dress like derelicts, and it confuses the suits if you don't. So about the only thing you can sport - besides a penis-substitute car - to indicate your status on the pecker order is an expensive watch.