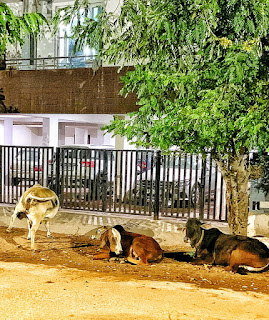 Back when I was working in NYC, I dated a woman who was a numerologist. We met at the first and definitely the coolest party I was ever invited to. A small apartment building in Manhattan, all four apartments on one floor were open. One had the food, another the drinks, the third a jazz quartet complete with upright bass and the fourth was where I met the numerologist.

It was the mid-eighties and consequently it was a fast romance. After the party, we were kissing on her couch when she pulled her head back and said stop. I was about to apologize when she took me by the hand and lead me to her bedroom. Since then, I’ve used the same tactic with surprising results. Not all good.

The next morning, we had breakfast at JG Melon and began to introduce ourselves. I was a park ranger at the Statue of Liberty but had higher ambitions. Acting, screenwriter and if that all failed, at least I could work for an ad agency.  I wanted to be Don Draper long before there ever was one.

She worked in an office as a secretary but numerology was her passion. I had no idea what she was talking about and being horrible at math, assumed she loved it. She explained and asked for my numbers. We were not finished with breakfast when it started to rain. She asked that I hurry because we had to get back to her place because nothing was better than doing it while it rained.  Every time I’ve walked by JG Melon’s I think about rain.

On our next date, she explained the results of my numbers. She said I was prone to talk too much and that combined with a good hearted honesty, my career would be a failure if I didn’t keep my mouth shut. I remember thinking, “Well, that’s just what she thinks of me.”  But she was right. So dead on right, I couldn’t begin to tell you the number of times I was fired for ‘speaking my mind’ over the past 35 yrs since her reading.

My father had the same problem. A lot of people thought he could’ve made general were it not for his... correcting of superiors. Or, what he called, “The perfumed princes of the Pentagon.  Actually, he’d have been better off staying in Special Forces where that kind of contrary nature was popular. But he even pissed off the Green Berets by saying they were all show and no go in Vietnam. In fact, the gate over the entrance to his SF camp had a large sign over it that read in Vietnamese, “We are only what we say we are and not what we do.”

There’s a black cow that loiters about my Jaipur residence every night with four or five other cows. When I first saw her, she stared at me - - Watched my every move while the other cows ignored me. That was the first night I stepped in cow shit. There were two other times I misstepped, and that black cow was always there staring at me.  I’m not superstitious but I think that Black Cow is my Dad trying to tell me something. Or, maybe he isn’t and just likes roaming around Jaipur, completely safe as a sacred cow, and shiting all over the city. That would be my Dad and maybe me. I wonder what the numerologist would think?
Posted by tintin at 07:48

I think a good few lives would be the poorer if you and your dad had kept your traps shut.

I think it’s a black pity cow - your first party was your coolest? Oh dear.

Would you be my editor? Please? I can pay you in Rupees!

You know your kind.

I suspect you're an incredible asshole, but I really enjoy your blog. Please return to it with some regularity. I've missed it these last few years.

So happy to see you posting again. Alway enjoy your posts, looking forward to more.

Anon- You know me too well. Thank you and I hope I can keep it up. The blog, not being an asshole.

Gil- I hope so too. Thanks.

What, seriously - are you living in India? If so, for goodness' sake post how that came about.

And if I've missed a joke, well, forgiveness please in these Days Of Lockdown.

Thanks as ever for writing.

Anon- I was only supposed to be in India a month. That has changed. I guess you could say I’m happily stuck here.

Good luck, then. Should be quite the experience!

I’ve been stepping in shit my whole life, but no black cows to enlighten me.
Love that you’re writing again. Godspeed.

W Cherry - I guess some of us are better at it than others.

Anon. Thank you. It’s already turning out to be. Every day.

Jesus! It's been an age.