What's In Your Wallet? Aaron Levine 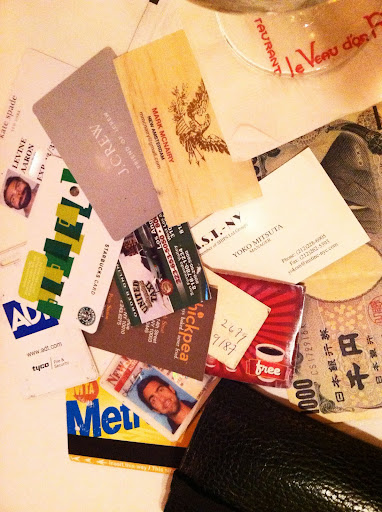 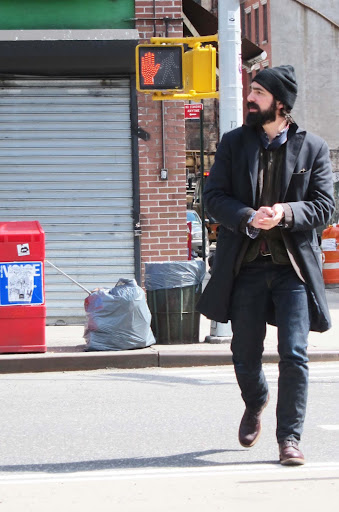 Labels: Aaron Levine, Accessories, Show Us Your Wallet, Style, What's in your wallet

Whoaah... I thought I had wandered over to ACL for a moment!

The only wallet ACL is interested in is his own.

Whoah... I though I wandered over to ACL for a moment!

You asked to take a picture?!?
I'm so proud.

Any sense of the maker/provenance of that overcoat?

Show us your wallet.

I noticed the caption on the photos. I've recently linked to a couple of your posts on my tumblr, using your photos as a clickable link to the post. Would you rather I not repost your (sourced) photos on tumblr? I can remove them if you would like.

Is this more "correctional chic"?

Bro- Yeah but I forgot my camera. Took this with a cell phone.

anon 10.54 It was a coat Aaron designed while at Hickey. Look for it again this Fall at Spade.

Kelly- As long as it's credited that's ok.

Ok, I admit, I had to google Aaron Levine to find out who he is -- after thinking he was the rabbi, the professor in GA Inst. of Tech, the producer and a lawyer - I found, and assume, that he is the creative director for a "Hickey?" I appareciate your writing TinTin and always seem to learn something along the way! DMW

Aaron
So we slaved to put you through college so you can walk around looking like a Trombelik?

DMW- You wouldn't make a very good cop. Blow up the 1st picture. Look for the employee ID. Then google.

My spelling is good my typing not so good.

But whats in the soul?

Tradster, where's a good place in NYC to get a hat?

I'm impressed with how much is contained in this wallet.

He is one quarter of the way toward bum.