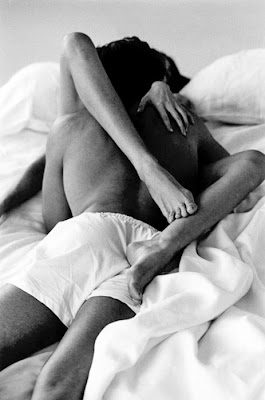 The single best ad campaign for boxers without Seams (from apostrophe...9) 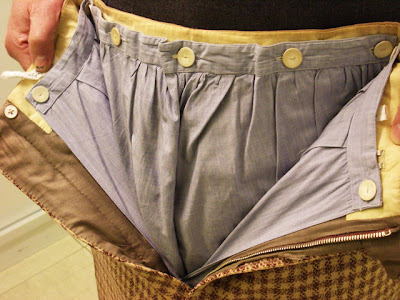 The Duke of Windsor's Boxers - Can't see any Seams 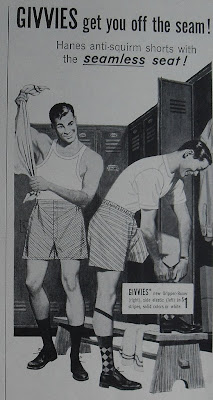 The point of comfort 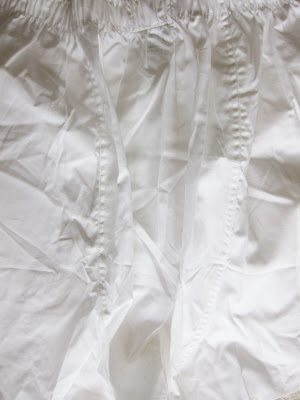 Boxers with a seam - Uncomfortable and very British 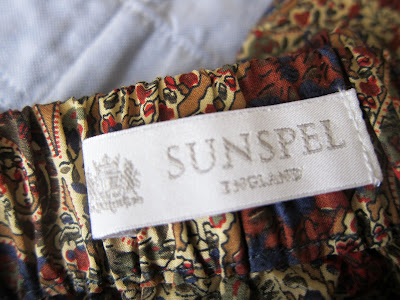 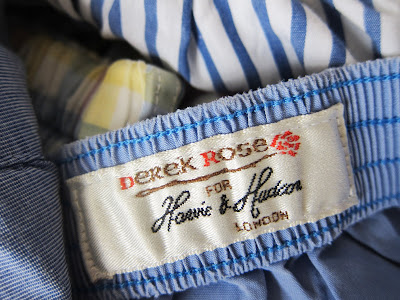 Derek Rose also makes boxers with seams -- why are men in the UK so unhappy? 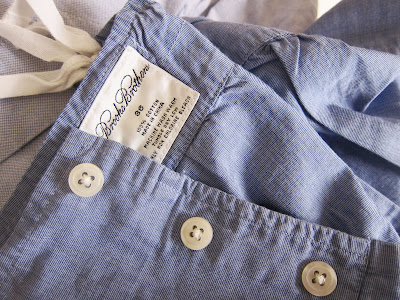 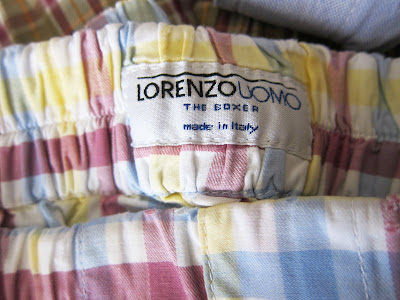 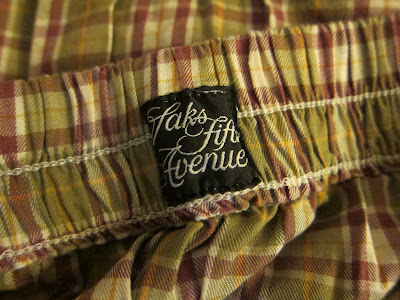 Saks house brand and made in Italy - No Seams - Still available for $28.50 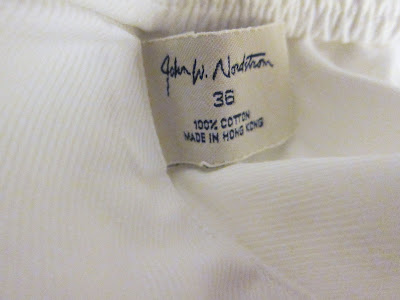 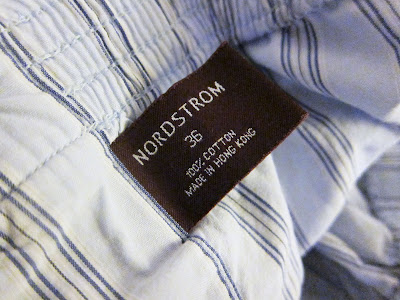 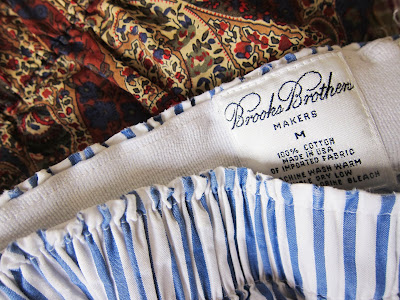 Brooks Brothers Makers -- No longer made and No Seams

If you've never worn seamless boxers then the odds are pretty good you have a Morning Suit. That is, you're from the UK. The US invented the boxer (circa 1927) but they didn't get to the UK until 1947. I assume they were far too comfortable. But English underwear manufacturers fixed that. They created boxers with two seams running the length of the back panel.

This panel seam is a fatal shot to Sunspel's beautiful and expensive (40 pounds) Liberty print boxer made in Turkey. The Sunspel white boxer is a more affordable 20 pounds but those seams are just as deadly. Imagine, walking around with two pieces of string hanging down from the waistband to the crotch and you have a pretty good idea of what these things are like.

These Derek Rose boxers also have seams. Is this is an English phenomenon? Derek Rose, now made in the Czech Republic, sells their boxers in Saks Fifth Avenue for $40 a pair. Little steep considering Saks house brand boxer sells for $28.50 and is made in Italy. It's also seamless.

College girls in the '80s were fond of stealing boyfriend's boxers and sewing velcro closures to the fly. Patch tartan and madras were usually in their sights. It was also popular for men to allow a little boxer to peek out from the legs of their shorts. Some called it 'peacocking' although I'm not sure why.

Here in NYC, the options for boxers have dried up considerably in the last 10 or so years. Brooks Brothers no longer offers anything made in the US although they do offer a German made Golden Fleece boxer for $80. Hanro, which was made in Switzerland, and is now made in Portugal, retail for $70 a pair. These options are the provenance of fur sink money.

I haven't tried shirtmaker David Mercer's boxers yet. Knowing David, I'm guessing they're built pretty tough. He's using shirt fabric and I have no issue with that. At $25 a pair they can be stolen here. I was once described by a relation as someone who would spend his last $50 on a pair of silk monogrammed boxers. To which I replied, "Hunter green with a red monogram." But silk boxers aren't what they used to be and neither is that relation.
Posted by tintin at 11:28

Your last two posts have raised all sorts of questions that I have enough decency not to ask... except the question of boxers and shorts.
I am in no way an advocate of my generations love for showing boxers via low riding, but the idea of shorts short enough to expose underwear at the other opening (off the rugby pitch of course) frightens me.
So the question is short length. Maybe a Kenyan runner will argue but I see no need, sartorial or athletic, for a man's shorts to be less than half way down to the knee. Does the Trad advocate the wearing of "John Stocktons?" (the male equivilent of Daisy Dukes)

I love Sunspel, I am American, and don't have problems with the seams at all. They are far more comfortable than the seamless Polo or (gasp)Jos.A Bank ones. I think the reason is that they have more room in the rise and don't bunch. However, those Mercer ones look tempting, especially not having to pay shipping from England.

Fabulous marketing. I'm not really into the details of boxers or briefs but that first image is brilliant... and so I read the post. Now I know to check for seams if I'm around a pair of boxers.

Jeans....neither sort.
Actually GAP used to make a pretty good boxer for very low price...I will probably get lambasted for suggesting such a low-brow product...but if they are comfortable...last...who cares.
Bro-It was a wierd "OP" short phenomena...lot of it around my University in mid-80's....boxers showing a tad below the hem of shorts....Never really liked the O.P. shorts except the swim wear...corduroy shorts? Never got that.
Proper inseam for shorts is 6 1/2 to 7 inches.

Wow you are way more of a connoisseur of boxers than I am. I spend half my time underwear shopping looking for boxers that don't have a seam running up the CENTER of the back! Talk about uncomfortable.

Give the new Gold Toe brand boxers a try.

I can vouch for the Mercer boxers, at $25, a good buy, especially given their longevity. The pinpoint oxford is great, as is the covered elastic band. The striped offerings currently are made from a slightly coarser type of material. Too bad the yellow stripe isn't actually oxford cloth.

Bro- Main Line answered it and I'll add, shorts were shorter then. Take a look at a LL Bean catalog circa 1984 and you'll get the idea.

gentleman mac- I'm glad they work for you. I can't stand 'em. I feel like someone has there hand down my ass -- all day. And not in a good way.

Main Line- I remember OP cord shorts. I remember a dog poop brown being the most popular color with surfers at my school. I'm proud to say I never owned a pair. They were like Boy Scout camp shorts but dorkier. Surfers loved dorky.

Joe- Is that the Canadian boxer? Up the center? Enough Labatts and Export 'A's and who cares.

Silk Regi- You are kidding?

Anon- I have to give 'em a try. Yellow University stripe oxford is a mutha to find.

I prefer gray or dark colored boxers because they hide racing stripes. Striped boxers help with that too.

At UVa in the 1980s it was cool to wear rugby shorts with boxers hanging out. It was also cool to drink yourself stuped at football games while wearing an OCBD, tie, blue blazer and said shorts/boxers.

Oddly as I've hit my 40s I've moved to stretchy boxer briefs...keeps things from flopping that didn't used to...