A weekly series where a Netflix available DVD can be ordered in time for the weekend. Eastwood directed White Hunter Black Heart based on a book about the making of The African Queen by Peter Viertel. Eastwood's character, John Wilson, is based on director John Houston. It's not a popular film and that's good. You won't have to wait for it.

So, tell the wife to take the daughter to Calico Corners and pick out some fabric. Then light a cigar, break out the beer and grab a bag of beef jerky. You are going to watch A Man's Movie. This man'll make mistakes. He'll piss people off. And he'll do the right thing even if it means losing the house. 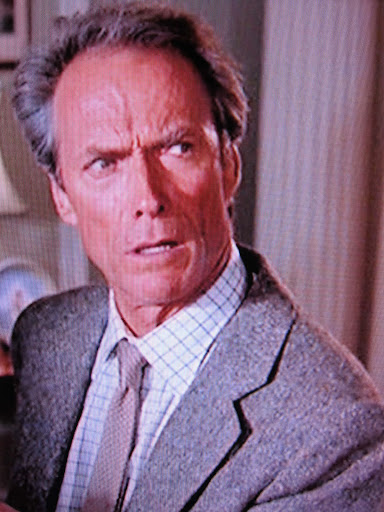 "...I'll die broke in a downtown Los Angeles flop house and I won't be bitter. I'll have contributed maybe five - ten damned good pictures. They'll name a special academy award for me and you know something? All the wrong guys will get it and I'll be in Hell laughing my ass off." John Wilson 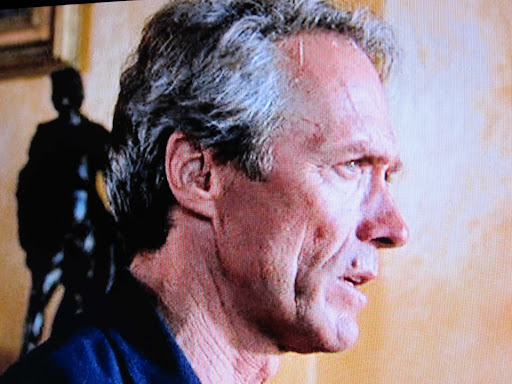 "I figure there's two ways to live in this world. One is you can crawl and kiss ass and write their happy endings. Sign their long term contracts and never take a chance on anything and never fly and never leave Hollywood and save all your God damned money, every cent of it - - And then when you're a healthy looking 50 you die of a stroke because whatever was wild in you has eaten away the muscles of your heart.

The other way is to let the chips fall where they may. Refuse to sign their contracts and tell off the guy who can cut your throat and flatter the little guy who's hanging by a thread that you hold." John Wilson

....with you all the way tintin.....this was great movie about Huston(it's based on a book which is also very well written)....surprised you didn't use the clip when he was going to shoot the elephant....or the fight in the hotel garden.....Huston was one of those talented shits better observed from a distance.....since we're talking about his movies mention must be made of The Treasure of Sierra Madre (in which he appears briefly but memorably) and The Dead, his last movie.....both great.

....the Memsahib btw is played rather well by Mel Martin.....actually her attitudes were fairly common amongst the British and American upper classes in the fifties.

A friend recomended John Huston's biography or memoirs. Something about drinking tequila with Mexican banditos struck my interest, but I forgot about it until today. Foxy dames may have been involved as well.

Dude, that 'ugliest gd bitch' part needs a spoiler alert. Its one of the best scenes in all of filmdom.

I still and always use the line, "That part about a drink certainly sounds good to me."

Another manly film: Mountains of the Moon.

Ebenezer- That is one of the best comments ever.

Now see, you might have to take your words back because my wife would never go to Calico Corners, and will want to see the film. I remember it. I think, because it got lukewarm reviews at the time, I opted for something else. By the time it came out on DVD it was all but forgotten. I'll check it out.

Tintin: "Ebenezer- That is one of the best comments ever."

.....If you like totally inaccurate statements.....that's not to say that such pockets don't still exist but they are pockets whereas in the 50's it was fairly ubiquitous.

Next up, Lee Marvin's Point Blank. I'll bring the rumaki.

After viewing the clip, I must say that I don't understand Eastwood's use of the mincing tone or trait to his speech.

Houston and an incredible, deep, craggy voice that was so fantastic and Eastwood himself has it's own interesting qualities