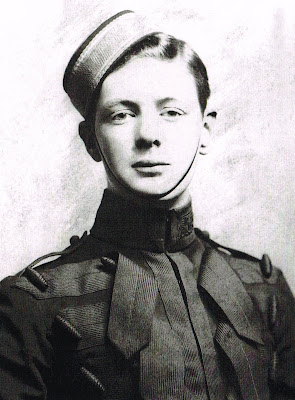 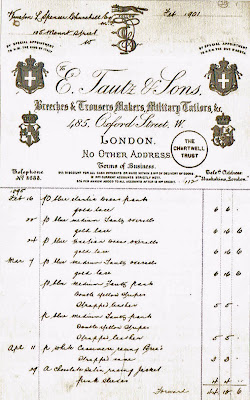 1901 tailor bill with unpaid purchases dating back to 1985 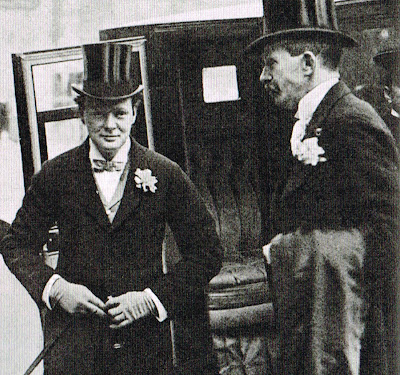 September 12, 1908: Churchill on wedding day with best man, Lord Hugh Cecil. From, Tailor & Cutter Magazine: "Neither fish, flesh, nor fowl. One of the great failures as a wedding garment we have ever seen, giving the wearer a sort of glorified coachman appearance." 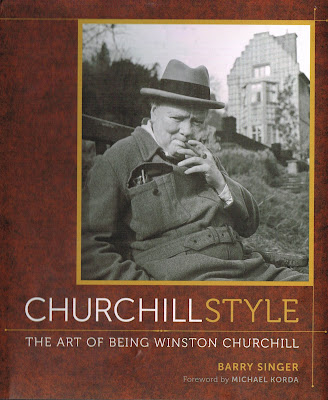 'Churchill Style' is the kind of book that pulls you in with easy to read snippets of booze, cigars, cars, books, food, country homes and writing. As you dip into short attention span blurbs,

Imbibing
Churchill's favorite whiskey was Johnnie Walker Red Label or Black Label, with Hine his favorite cognac. Christopher Soames maintained that Churchill, in fact, cared little about the caliber of cognac he drank. At Chartwell, Soames decanted the excellent vintages his father-in-law was regularly sent by a Cuban admirer named Antonio Giraudier and replaced them with lesser-quality brandy. Churchill never objected. 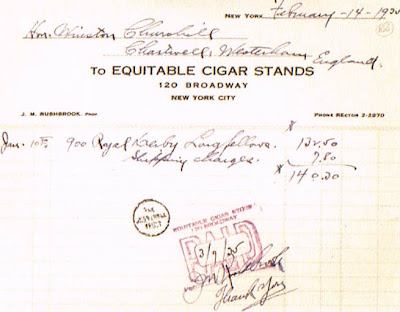 CigarsChurchill's expensive taste in cigars had always run to Cubanos, with Romeo y Julieta and Camacho his preferred brands. While in New York, however, he came across a cheaper alternative. "...I bought some cigars at the cigar stall in the Equitable Building which I like very much as they are both mild and cheap. They are in a box marked 'Royal Derby' and are called 'Longfellows.' 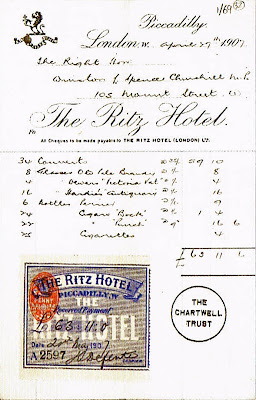 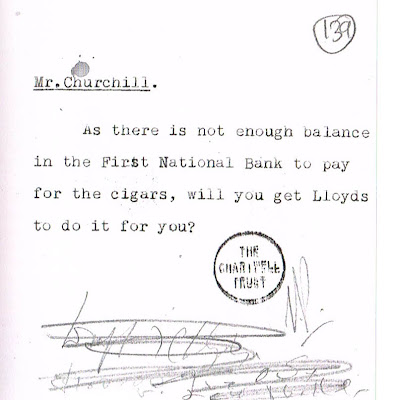 ...you can't help but be drawn to the narrative text and the larger story. Bouts of depression, what Churchill called, 'The Black Dog.' Never ending financial problems, speaking his mind while alienating most everybody, scotch with too much soda... Geez, he reminds me of someone. 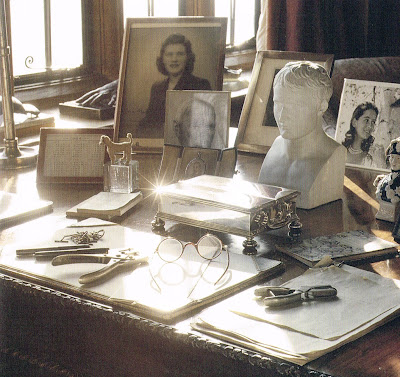 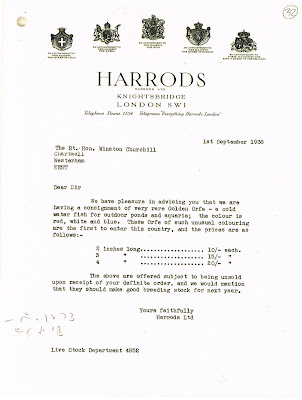 Barry Singer crams the book with beautiful ephemera of the early 20th century. Receipts for cigars, champagne, pigs and books are fun to read as well as being art objects of their own. Lavish and ornate letter head stamped and marked and noted. Many pages have evidence of Churchill's one hole paper punch in the upper left hand corner for a brass brad. Odd. I thought only I did that.

I told Mr Singer my only problem with the book was the size. It needed to be big. Coffee table big. But I also spent last weekend with the book in New Hampshire and was grateful for the easy to handle size. Perhaps the publisher can issue a larger volume? Something in a slip case - special and unique like Churchill --and with style. 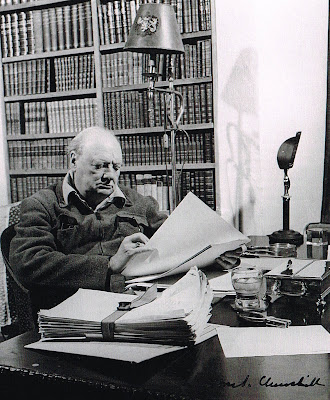 "Writing a book is an adventure. To begin with it is a toy, and an amusement; then it becomes a mistress, and then it becomes a master, and then a tyrant. The last phase is that just as you are about to be reconciled to your servitude, you kill the monster, and fling him about to the public."
W.S.C. National Book Exhibition, London 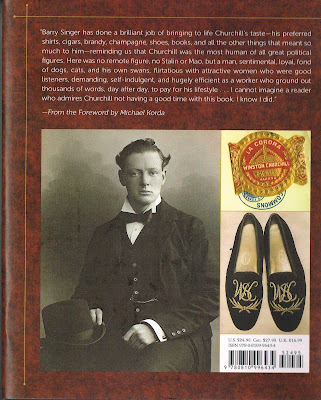 who is the bust on his desk?

I think it's Napolean.

I rediscovered this book after a move, and wanted to thank you again for the recommendation. You haven't run across any other books like it, have you?