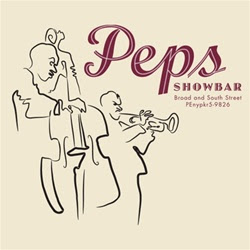 "...one of the great East Coast haunts for jazz performers" 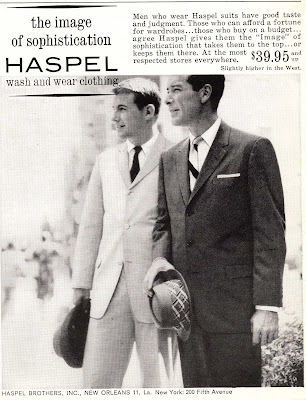 "I thought I was pressed to the marrow." 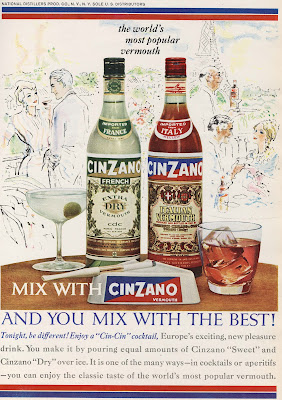 "We were all smokers then, my drink was dry vermouth on the rocks."

I recently confessed to the sartorial holy one, G. Bruce Boyer, my love of Nina Simone's, "A Little Sugar in my Bowl", and how it's one of the great songs of strategic (cued only after the second drink or with tea) seduction. Instead of a comment, Bruce came back with a story after which we discuss the specifics of that memorable night almost 50 years ago.
What a Night! Nina Simone in South Philly
I remember seeing the great pianist-chanteuse Nina Simone at Pep's Showbar at the corner of Broad and South Streets in South Philly in the early 60s. At that point the club had already been one of the great East Coast haunts for jazz performers and aficionados for two decades or more. Nat King Cole had played there, and so had Count Basie and Duke Ellington, Lester Young and Billie Holiday, Dinah Washington, Nancy Wilson, Thelonius Monk, and Jimmy Smith. Going to Pep's was a jazz pilgrimage.

We all knew about Nina Simone. She had a hit recording of “I Loves You Porgy” in 1959 – the best version of that song ever – and followed it up with a live album recorded at The Newport Jazz Festival in June of 1960 that reached high on the Billboard jazz charts. By that time she had a tight group of wonderful sidemen with her – Al Shackman on guitar, Chris White on bass, and Bobby Hamilton, drummer – and the show rolled out a thrilling sample of what came to be her unique mixed repertoire: classic American songbook standards, folk songs, blues, African music, all infused with her special brand of Julliard-trained classical riffs.

She was an incomparable artist and played much of that wonderful mix of music at her Pep's engagement. Starting off with an extended version of the great blues “Trouble in Mind”, followed by a stirring, elegiac jazz/classical version of “You'd be so Nice to Come Home to”. Then some Ellington and more blues. The audience knew it would all lead up to “Porgy” for a grand finale.

About a half hour or so into the show she had gently just begun to swing into “My Baby Just Cares for Me”, when she suddenly stopped playing. Just stopped, her high-coiffed head bent over the keys and the sidemen trailing off. The place got quieter and quieter 'til you couldn't even hear an ice cube clink in a glass; there was complete silence … except for two thugs at a table in the corner who had been talking. Another 30 seconds in that vacuum and they looked up too, and found Miss Simone glaring straight at them.

“Let me make myself perfectly clear,” she enunciated, with considerable contempt in her level voice. “Either I play or you talk. Got it?” She glared at them for another uneasily long 30 seconds to what now was an oil painting: nothing in the room was moving, nothing. Waiters stood like statues, drink trays in the air. You could have heard an idea drop. Then she snapped her fingers and swung right back into the tune. Need I add these two boys were afraid to move a muscle?

So “Porgy”, when it finally came about 30 minutes later in the finale, was something of an anticlimax for me. I'd never seen anything like it. Nina Simone commanded that large room full of partying people like Patton at Bastogne. She had peerless talent and she knew it, and so she had complete assurance. She was not about to take any chicken shit from anybody. She demanded respect. She also got a ten-minute ovation.

I can see it all still, as clearly as I can see this keyboard under my fingers. What a night in South Philly! Glorious music and a life lesson from a true artist. What a night.

The Trad: I love that story. Who was with you that night?

G. Bruce Boyer: There were three of us. Young men in our early twenties.

TT: Did you drive?

GBB: We drove to Philly from Allentown in my 1957 coral-and-white Ford. It was a 1 1/2 hr trip. It would have been early summer, June.

GBB: We were all wearing suits. Those cotton-synthetic blends that were so popular in the early 1960s. It was the style to button the top two buttons, or only the top one if you were really smooth. They wore tan ones, but I wore a navy blue one, with a white button down and repp-striped tie. I thought I was pressed to the marrow.

GBB: We were all smokers then, my drink was dry vermouth on the rocks.

TT: So? Anything happen? You know? After, Nina?

GBB: We were cool and sharp, but we struck out. We just didn't have the game the big city boys had. Didn't get home til about 4 in the morning, empty-handed, but WE HAD SEEN NINA SIMONE! At home we had major status for weeks.

Nina Simone: My Baby Just cares for Me (EEC Records)

That was then, who is now?
John Legend?

Great way to cap a week of great stuff.

I have a similar anecdote but mine involves Vasque boots, Rheingold and the three guitar army, the Outlaws.

I like the anecdote. I can hear the ice tinkling in the glasses and the call, cigars, cigarettes, Tiparillos?
I first heard Sugar in my bowl on one the Oxford American's annual Southern music issues.
Nina was known for not suffering audience fools gladly if i remember correctly.

Sadly, I am too young to have visited Peps. However, the stories I have heard from the guys who played at the Jazz Club I used to own ( Chris' Jazz cafe) are legion.
Likewise, the stories I can personally recount from Chris' of performers chastising the loud and distracting patron are legion. Notably, Lee Konitz, a Sax Legend, stopped playing and lambasted a drunk foursome at a table. He exclaimed: "I am creating art up here."
Local guitar great Jimmy Bruno used to stop playing and ask patrons to pipe down.
The problem was, as a Club owner, striking the delicate balance of allowing guests to enjoy themselves but not get so loud they annoyed others or the performers. Ideally, the crowd would self-police and "shush" the guilty parties.
Nina Simone can render one weak at the knees when she sings...
Next trip to Phila. we will hit Chris' Jazz ! great post....and not a gratuitous snipe and Philly in the mix! Well done.

Bro-Who is now? Just check out Philadelphia local talent Joann Pasquale at Loews hotel lounge or Meg Clifton next time she sings at Chris'
I personally produced Meg's CD "You're a Sweetheart"...she can sing her ass off...and melt you where you stand.

Hey Trad Love the old Cinzano ad. This is totally out of left field but I thought you might get a kick out of Will Ferrell in an all Spanish Comedy http://www.youtube.com/watch?v=5GU6wBafvv8

Ah - I was just in Rittenhouse Square yesterday, but I missed Chris' Jazz Cafe. Either way, I was on my lunch break and wouldn't have been able to check it out. Next time.

The Trad is on track for a Pulitzer for blogging.

I can hear the ice tinkling in the glasses too..I like the anecdote. Happy weekend!

I have that exact Cinzano ashtray. My folks "borrowed" it (or maybe bought it) from a cafe or hotel somewhere in Europe back in the '50s.

Love the Nina "I Loves You, Porgy"! Imagine, say, Katy Perry or Lady Gaga trying that! How far down we have come in popular music.
MLS, right on!

I heard Nina Simone in London in the early 1980's. She got drunk on stage, the crowd started heckling her, she slurred retorts -- sic transit gloria mundi.

I saw Nina perform in France, went with a couple of my friends during my freshman year of college. I have seen a lot of concerts, and that remains one of the most touching performances I have, or will ever, see.

Mrs. E.'s favourite chanteuse. Well, next to Lady Day. I'll forward this post to her as it will make her day as much as it made mine.

Thank Mr. Boyer for his continuing contributions to what is left of elegance in the world.

New job and global warming make me think about Haspel suits. Are they trad, or just cheap?

linus- Both. The slam dunk of trad.