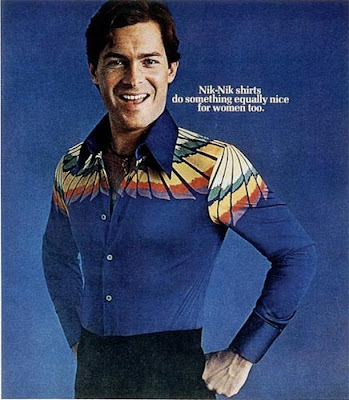 Sgt. Nick Penis and I drive his Oldsmobile and a case of three-two beer over to see a couple gals from 4th Psyops who are living in one of those little framed two story apartments off post that come furnished and rents for $350 a month. My date is too tall, too southern, too skinny and too loud...real loud. But that's okay. No one is getting married here. All she talks about is getting stoned in West Germany which is where she was before she re-enlisted for six years and I'm mentally adding, "Too stupid" to my list but that's okay -- like I said -- "No one's getting..."

It's 1979 and Funk is losing a foot hold to Rap but the good stuff is hanging in there. The Fatback Band's Yum, Yum (Gimme Some) kicks off with thumping bass joined by a brittle electric guitar and a chorus with a 'Kool and the Gang' scream. I had no idea then, nor do I today, what the hell they're saying. I catch something about ice cream and cake and a chorus that sounds like, "I need some algorithms" but I'm pretty sure that ain't right.

I got my Nik Nik shirt stuffed into my 30" squared white bell bottoms and Yum Yum is spinning on the synchronised Marantz turntable while "Too Skinny" and I grind away on a white flokati rug and Sgt Nick and his date suck face on a Door Store sofa. I'm starting to sweat so I drink a little faster until "Too Tall" flips a lit joint in her mouth backwards and leans down to give me a shotgun. I was never a fan of pot but getting a shot gun from a stoned girl ranks way up there in my memory chest.

My date starts screaming, "LAGNAF" and Sgt Nick's date breaks away from sucking his tounge, laughs and starts screaming, "LAGNAF!" Sgt Nick and I both look at each other when his date looks at us and laughs even harder until she starts coughing and takes a drag off her Viceroy to make it stop. "Lets All Get Naked And Fuck." says my date. She's not looking "Too Anything" at this point and I say, "What?" just to make sure I heard right. And she says, "LAGNAF means Lets. All. Get. Naked. And. Fuck." She takes a long hit off the joint and crosses her eyes at me.

Rap moves in and Funk moves out. Just like one of those apartments off post. Anything new at this point in 1979 was welcome. The whole Funk thing and Disco is getting tired but in the right place, the right time and the right occassion Funk had (has) its place. Not too hard to track Fatback down. There's Best of collections along with iTunes and you already know it's good. Real good.
Posted by tintin at 19:11

That shirt reminds me of the old cartoon "Battle of the Planets" and the costumes the G-Force team used to wear.

A long way from my altitude.

Until three years later I am starting law school. I see a Nic Nic in a discount store and I cannot resist. It was like dating the your high school crush. I made it my lucky exam shirt because it had pyramids and allseeing eyes all over it.

Always a good read. You're the best!

Man could we swap some stories. Try Archie Bell (he was a boxhead too) and the Drells. "Tighten Up" with a blond and double bock bier.She asked me if there was a moon in Germany, she had been there 3 days and hadn't seen it yet. Oh yeah,"Tighten up, y'all"

Wow, okay, I never lived as large as you did! I think I'm gonna be...where's the bathroom? And please put on some Getz for me when I get back.

Typically we took my Olds Cutlass or (Fudge Cake as you used to call it) instead of your Fiat because you rarely had gas in your car. I was truly a value added roommate. They also had that Smoky Robinson cassette(?) to help diversify the sound. I have killed a lot of brain cells since then, however thanks for the memory. Sgt. Nick Penis