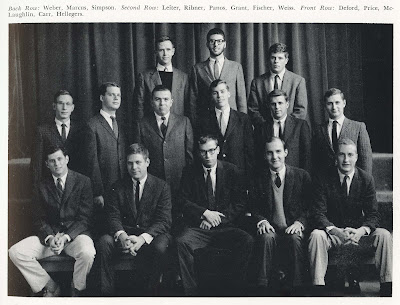 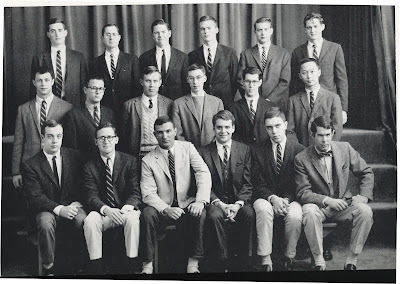 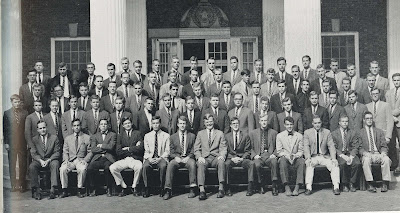 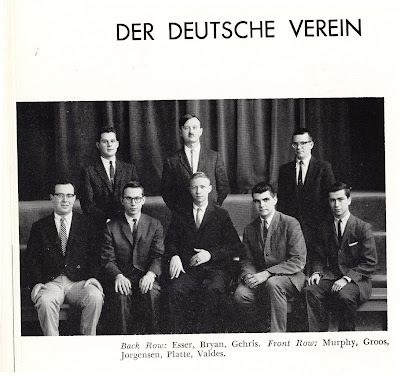 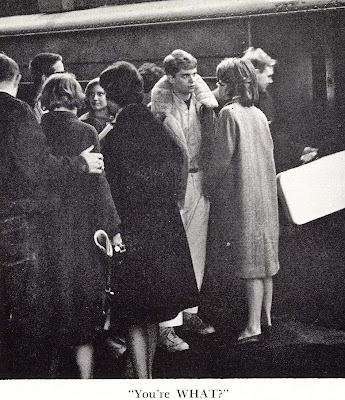 That Other Club
"Come join us! We're having sherry with Dr. Tucker and discussing combinatorial mathematics within a finite system. Of course, the sherry is gratis..."
Posted by tintin at 12:42

Even at Berkeley ("Hippy Haven" or "The Little Red Schoolhouse") in the 1960s, many, many students looked liked this.

What's with Bryan in the Deutsche Verein? The look is so Führer, except for the bolo tie (Adolf Hitler / Col. Sanders ... I just don't get it).

Excellent. I felt a bit squiffy looking at all those rep ties in The Colonial Eating Club photo.

Is that Stork, front row center of the Colonial Eating Club. I wouldn't think they'd let that degenerate in.

I was class of 1978. For my yearbook photo I wanted the motto, "Lively up yourself." Bob Marley. Obviously the place went downhill once they let in all us girls.

A couple of guys in sport coats and jeans.

DeFord is one helluva sports writer.

A man begins sneering his discernment teeth the earliest time he bites off more than he can chew.

To be a good lenient being is to procure a make of openness to the mankind, an ability to trusteeship unsure things beyond your own control, that can take you to be shattered in unequivocally extreme circumstances as which you were not to blame. That says something remarkably weighty about the condition of the ethical passion: that it is based on a corporation in the unpredictable and on a willingness to be exposed; it's based on being more like a weed than like a prize, something kind of fragile, but whose extremely precise handsomeness is inseparable from that fragility.