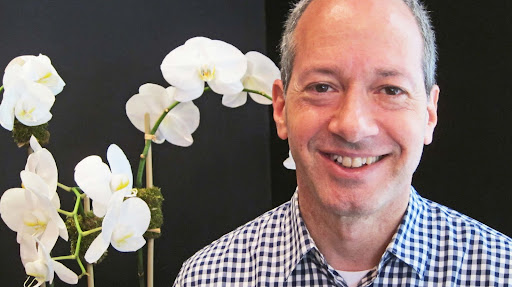 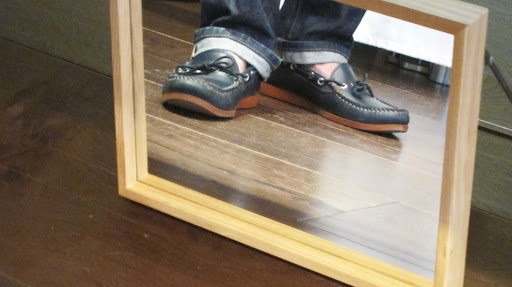 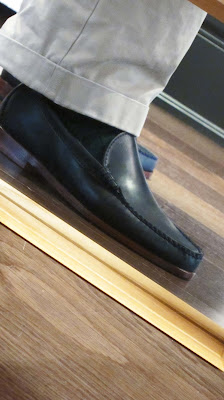 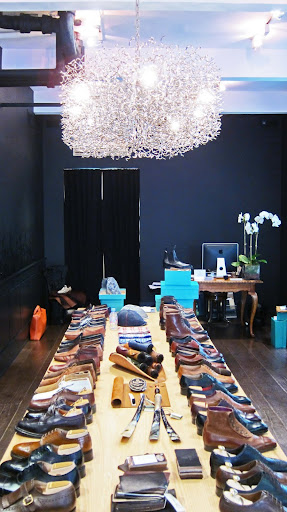 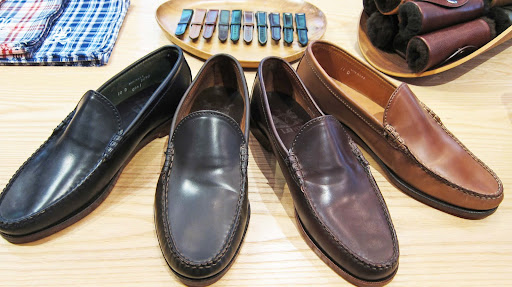 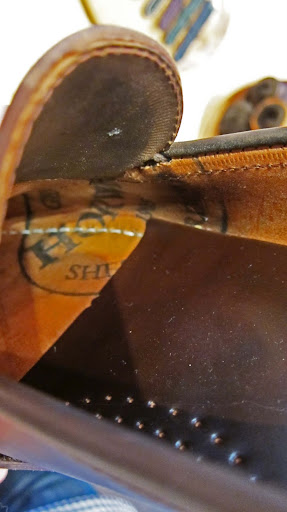 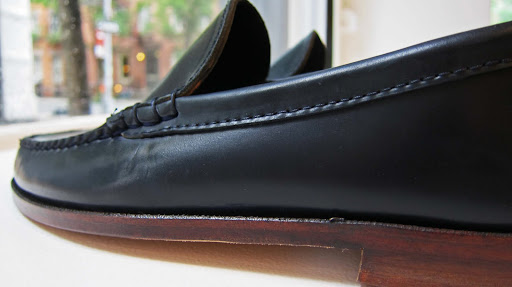 Navy Shell in the window 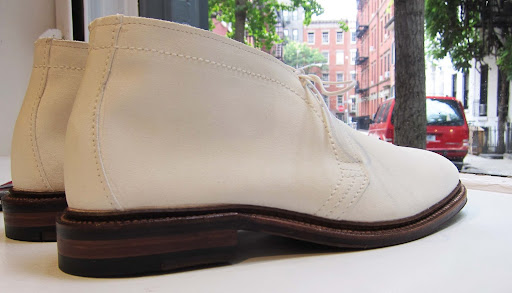 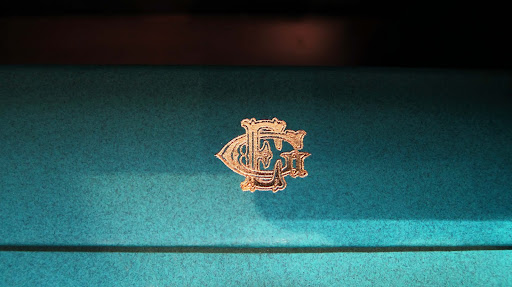 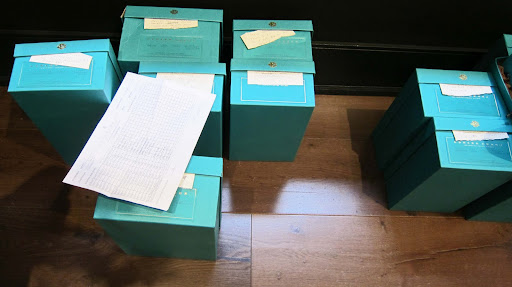 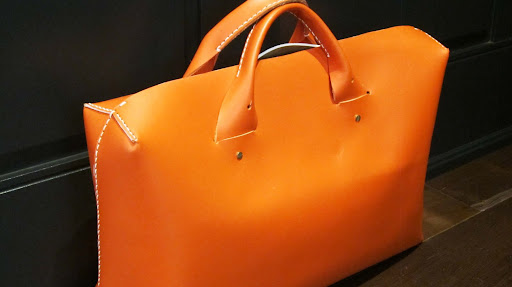 Better than a Kelly Bag?
The first time I saw a pair of John Lobb shoes was in the window of their store on St James's St. It was 3AM and jet lag had sent me on a wide-awake stroll from my hotel. Walking past Lobb's windows, I saw a pair of tassel loafers in light English tan. Almost maize. They were so perfect they belonged in a museum.
The next day I inquired, "How long and how much?" "Three to four months and five thousand pounds, sir." I compare the sight of those Lobbs to seeing Phoebe Cates at her shop, The Blue Tree. Whatever bench mark I had for attractive was changed forever.
I told Steven Taffel, owner of Leffot, the Lobb story and he nodded in appreciation only to ask where Blue Tree was. Shoe guys know their priorities. Steven's shop is on the corner of a West Village street that's right outta central casting. Only a couple blocks from Grahame Fowler, everything inside moves you to a buffet of shoes that the hip might call 'curated' but Steven simply calls, 'tightly edited.'
There's something for everyone but don't look for fashion screaming bits of snaffle. Leffot's Latin motto, 'Nuquam Jactate' or 'Never Boast' - says it all. Tasteful and discreet. Well made and classic. Not cheap but good value.
I hate to beat you with the Venetian but these are all in Horween shell cordovan. I wish someone would come out with an air freshener that smells like cordovan. Instead of one of those pine tree things just imagine a brown (No. 6) horse's ass hanging off the rear view mirror in a cab. If anyone can do it Horween can.
They're $625 and that ain't cheap. Now, I'm not cheesy enough to compare Venetians to Lobbs but Vogel quoted me $1,300 to do a Venetitan in cordovan and I'm a 9D --just like everybody else in the Army. By that I mean, I don't have wacky sized feet and off the shelf works pretty well for me.
Here's something else to keep in mind - Leffot is doing 10 pair per shell. You know what they say - 'Less is more.'
Posted by tintin at 06:18

I am working on that cordo air freshner :) It's called a shell cordovan wallet--I purrchased mine directly from Horween. I take it out of my pocket and smell it from time to time. A friend saw and mocked me. I said, just smell it. They did and said, hey, that smells pretty nice. :) Sounds kind of weird but . . . .

Still need to make a trip to Leffot. Only problem is I know I'll walk out at least $400 poorer.

Great slogan. I haven't heard nunquam linked with Jactate, though.

You stopped by Leffot and all you share with us are some pics of common casuals?! LOL!! Too funny. Where are the pics of the brogues, tassel loafers, and monk shoes from G&G, EG, Church's, Corthay, Weston, etc.?! It would be good to see photos of some real shoes at Leffot.

Agreed. A well-edited shop with amazing natural light. His window displays have me at 'hello' every time.

I think Leffot is probably the best shoe store in the country. I send and tell as many folks I can about it.

I loathe the term "curated." It's twee and pretentious. Your buddy's good taste extends to his vocabulary.

How much was that bag?

Leffot IS the best shoe store in the country: He reps the best makers and his service is top notch

I hear her name and I'm immediately transported back to memories of eating Perry's pizza on Newport Beach, Ca. circa 1982

And to add insult to injury, Kevin Kline probably has lousy taste in shoes, and I seriously doubt he has a blog either...

When I am in NY this fall...you, your girl, my best pal keri, and me are getting a hot toddy then wandering around to random tiny & specific shops, k?