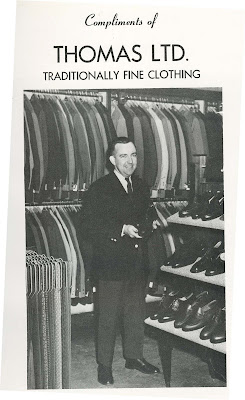 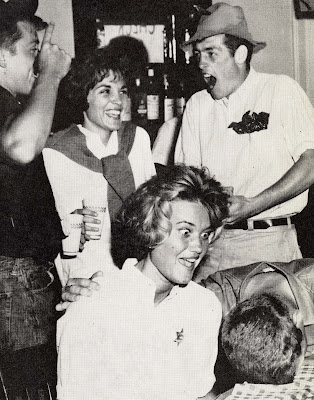 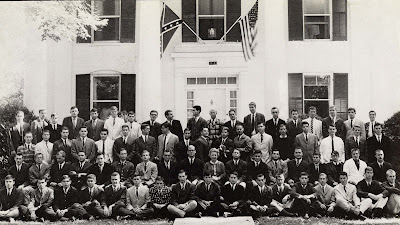 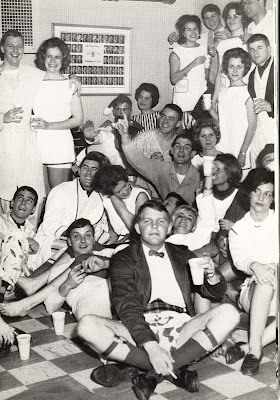 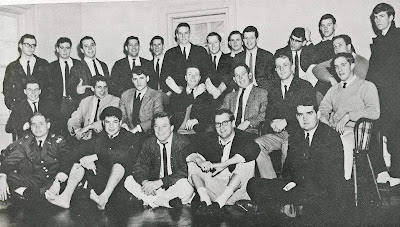 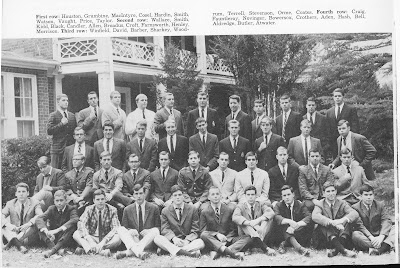 When I was fortunate enough to be admitted to law school at W&L almost twenty years later, there were still two really great mens shops there. Trad to the Nth degree. All the buildings from these photos are still there. As it should be.

We need the dues!

This (W&L and 50 other campuses) is the origin of Southern Trad, not some English import cock and bull story about the Internet. Those guys could be the older brothers of me and my college cronies.

My step-dad is in the 2nd picture from the bottom and he says the year is actually 1963.

Old high school classmate and, later, apartment mate went to W&L. These photos are fantastic. I do remember him saying it was a very lonely place for the non-Greek, which, of course, he was not.

Oh, you've got your milk, too. Well, can I just massage your thighs while you eat?

M Lane- The '64 Calyx is yours when you get here. You'll appreciate it more than anyone I know.

Disaffected Prep- Good one. I was afraid no one would get the connection.

Scott- Well put. It's an interesting style of Trad and I'd say more heart felt and honest than the northeastern ivy. I think southern Trad was more inclusive. Back then and certainly today.

Anon 21:26- We're both wrong. It's '64 but thanks for pointing it out. I can't trust my memory to anything. Correction made but mistake remembered as it should be.

Beefeater- I know a couple of folks who went to W&L in the 80's. Great guys both and one is a socialist/ border line commie from VA. It's great running into liberal Trads.

Stewart- It wasn't that great...

How about them Stars and Bars flying outside the Kappa Sig house.

are you a widget cranker?

With the stars and bars, I would've guessed Kappa Alpha.

My oldest daughter's best friend's brother (whew!) is currently at W&L. Interesting, considering his high school graduating class was almost as large as the entire school.

Currently, I'm a "General," and thus, humbled by this display of antiquated, Southern genteel, which, in truth, has not changed all that much.

Where is the picture of Alvin Dennis?

Thanks for these classic pictures. Washington and Lee is about the only school left in Virginia of which it can be said it's still truly southern.

The flag in front of the Kappa Sig house is not the Stars and Bars - it's the Confederate battle flag (see here for Stars and Bars http://crwflags.com/fotw/flags/us-csa1.html).

I attended W&L roughly 20 years after these photos and it really hadn't changed very much at all - though it had gone co-ed the year before I started.

the school actually has changed quite a bit from when these pictures were taken, still has a classic southern charm to it though

Times have changed at W&L since my day. In the late 50s my memories were of Preston House, Arnold Toynbee, hanging with Maurice Williams (the Gladiolas) at the Phi Delt house, the Errol Garner lawn concert, Louis Armstrong, Count Basie, The Kingston Trio, madras jackets, sleeping on the library sofa, and sippin' 100 proof Old Kentucky Tavern....and watching "Mardi Gras" being filmed..
....Earl N. Levitt's and The College Town Shop were the places for trad togs, and Doc's Corner and the Liquid Lunch for quick fixin's...Lexington was authentic in those days.