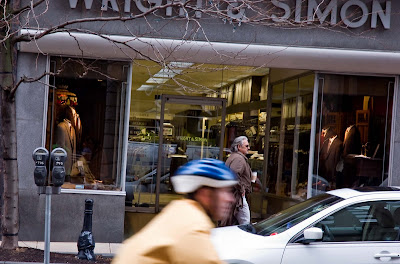 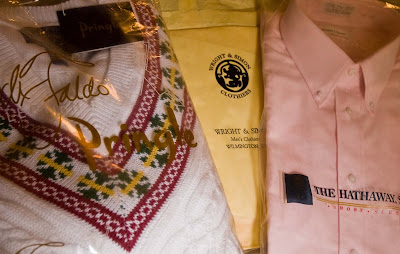 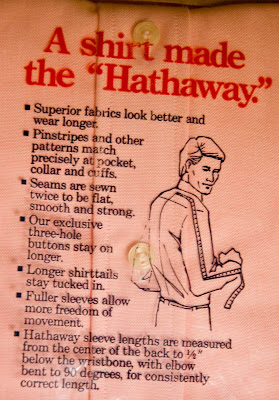 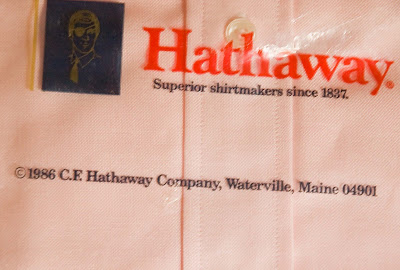 A threatened species to say the least. Especially in smaller towns. But when you find one they're like digging up truffles. Not that I've ever dug up truffles but I sure like to eat them. Wright & Simon sits in an odd part of downtown Wilmington, DE. I feel like I can get a line of credit and mugged all at the same time.
W & S been around since 1935 and I'm guessing my old journalism teacher, Jack Hunter, shopped there. Jack was in the PR department at DuPont and wrote the Blue Max on legal tabs late at night using a pencil so as not to disturb his wife. The lead character, Bruno Stachel, was based on a Nazi officer Jack turned informant during the war when he worked undercover in military intelligence.
Jack's first novel became a film starring George Peppard as Bruno, Ursula Andress as Kaeti and James Mason as her cuckolded husband. The movie killed off Bruno but Jack kept him alive and there were two more novels with Herr Stachel. A trilogy I really enjoyed written by a man I respected. One of the better dressed faculty members at my school as well so I can only assume some of his kit came from Wright & Simon.
I found a short sleeve Hathaway button down made in 1986. Priced at $24, Len Simon let me have it for $12. I'm not a short sleeve dress shirt kind'a guy but I've discovered the shirt works great with sweaters when you push up the sleeves. The Pringle sweater was in that heavy gauge plastic that makes a crinkly sound and reminds me of so many old haberdashers I've been in. Len knocked the price from $140 to $88. "Lets just call it a hundred." Len said.
Oddly enough, St Michael the Archangel is Patron Saint to paratroopers, policemen and haberdashers. Huh... I've been all three.
Anyway, We talked about the HBO documentary, Schmatta and before I knew it Len was measuring me for custom shirts. I ordered four. He's good. Two of the shirts are pop over oxfords sans pocket with lined button down collars. I can't even remember what he talked me into for the other two. Made in Perth Amboy, NJ. What a great experience. I can't wait to go back and see what else I can find.
Posted by tintin at 09:07

What a great place! All the old time mens shops in my town are long gone...

I see you learned why everything in Wilmington closes at 5. It's amazing the things you can find around market street. A good friend of the family owns a couple of stores on shipley and when we were kids we would find all kinds of old treasures in there attics. Wright and Simon is a great store and everyone I know who has gotten shirts from them have been more than pleased.

TinFour...anything there in my size?

That sweater is the goddamn bees knees. Can't wait to see how the pop overs turn out...hope you post pics. By the way, did you see G's assesment of the Pop-Up Flea? Harsh, but true in many respects...not that I actually went or anything.

Whoa. What great finds. I miss small local haberdashers. There is nothing quite like finding new old stock in your own size. Any nos sun bleached cordovan in the front window?

There used to be a men's store downtown called Muse's. When I would get all worked up about not getting into an ivy I would go there on sunday to talk to the salesmen. They smelled like Canoe, English Leather, cigars. Always had to try on the madras blazers.

"You know, kid, you should save up some money. You can carry a blazer like that. It's you. I don't know how many times I've told you that."

"I know. I just need you to keep telling me that."

Next time your in town, we should grab a pint at Jesops!

the old hathaway factory is 5 minutes from my house. the local good will always has a good supply of hathaway shirts.
Foster

I grew up in Perth Amboy and I can vouch for the quality of all things produced in that city.