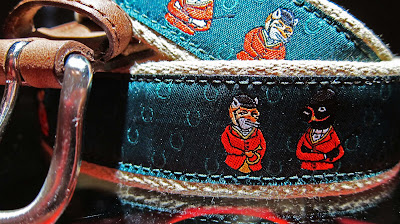 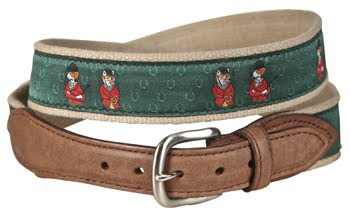 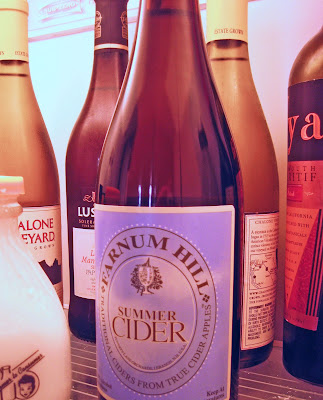 "It's my turn," said Badger, taking the jar and tilting his head well back. The cider gurgled and bubbled down his throat. "It's ...like melted gold!" he gasped. "Oh, Foxy, it's...like drinking sunbeams and rainbows." Fantastic Mr. Fox by Roald Dahl
Cider plays a big role in Fantastic Mr. Fox. In the book and the movie and I'm a fan of both. Wes Anderson took a charming story and I think he turned it into a charming movie. The animation has a familiar look about it and I have to admit...I was a little turned on by Meryl Streep's, Mrs Fox. I wasn't expecting that.

And when I go to one of the best wine stores in the country I don't expect to sell staff on a product they're supposed to be selling. But cider is a toughie. I remember cider taps in London pubs and thinking, "Who drinks that crap?" I associated cider with 'sweet' and 'little old ladies' sipping a half pint. So did the wine expert who told me, "I've meet the folks from Farnum Hills but I'm not much for cider. Too sweet." says the expert. Convert time.
I let go, "Man, I felt the same way but this stuff is different. Not sweet at all and it's great with food. I had it with roasted chicken the other night and it was perfection. And... at 7.5% alcohol I can drink a bottle and not feel like I was hit by a truck." The wine expert looks at the cider bottle and hmmmms. "Maybe I'll give it a try." he says. "Whadaya got to lose?" I says. "It's 12 cussing bucks." By the way, here's a great NPR story a reader sent me on Farnum Hills.
Earlier in the week I was in the middle of a fox 'buzz' thanks to the movie. I've accumulated a lotta fox stuff over the years. Fox cuff links, fox prints, fox sweaters, fox ties, fox in laws and fox belts. How many fox belts can a man have? Not enough I say. I caught this good looking number at Eljos. Called them up and spoke to the one of the owners. Really nice fella who worked a stint at J Press back in the day and knows Trad. He sent it out priority mail and I'm still waiting - - so no belt snaking up a bottle today.
Posted by tintin at 08:27

I'm especially feeling that sportcoat sir...great colors...almost like a warm weather black watch, if such a thing exists.

BTW, not sure if you saw the email I shot your way, but your guest post went live earlier this week. People are digging the project and I've got LL Bean PR's blessing which is always nice.

quick (puffpiece really) interview w Steve from Farnum Hill on npr. good for them though. http://10engines.blogspot.com/2009/11/3-makes-trend-farnum-hill-cider.html

aa crap. didnt read your whole post... you got the npr thing. no need to post this. thx TT.

L.A.S.- I was sure some smart ass was gonna comment that no one under 50 would like that sport jacket.

I did check out the guest post. Watch out for those Bean PR folks. They'll have you drinking the kool aid (out of a LL BEan thermos) and before you know it you're gonna be wearing zip fleece pullovers with a little flannel plaid shirt peeking out the bottom. Be careful. Be very careful.

James- That's okay. I think most people only look at the pictures. I'm posting scans of Penthouse Magazine circa 1972 next week. I need the traffic.

T: Go ahead an e-mail me those 70s Penthouse scans. I keep the lot of '78 locked away in a dark corner of my reptile brain. His name was Terry Becky and he worked at the pop's real estate office.
Always compelled into doing our homework at the office, but "not at Uncle Terry's desk." I found out why after I opened the bottom drawer.

Still looking forward to the Mr. Fox movie. And that black watch jacket is the greatest. Something I could wear year round in 'lulu, so I may have to poach it.

Glad to hear I'm not the only one who is irritated by the use of the word "tasty".
(...unless it's in front of the word "cake" spelled with a "k"-it's a Philly thing.)

A great place to wear your belted cow belt is the Fearrington in North Carolina. You'll feel right at home with the belted Galloway cows. Beautiful inn!

Cider plays a big and very classic role in the fantastic Mr. fox... i really like it.

If you like cider, have you tried Perry? It's cider made with pears instead of apples. Very unexpected, not too sweet.