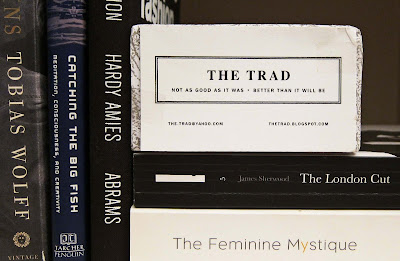 I feel horrible about going the budget route for cards but screw it. I'm not made outta money. Lee's Art Shop on West 57th Street did 500 for a hundred bucks. Mrs. Strong, when they were in business, wanted $1,600 for 500. I was a fan of Mrs. Strong but I was told Crane's was doing their work. I have them in time for ACL's flea market today. Giuseppe really nailed it with the most creative cards I've ever seen. Well done, sir.

I didn't want to mention this last year but a fella working one of the booths got confrontational when I took a couple shots of his wares. I would have asked permission but people everywhere were using cell phone cameras and point and shoots. I guess when you whip out a D70 with a hurking lens people assume you know what you're doing and getting paid to do it. How wrong they are. Next time I'll whip out an 8x10 view camera.

I think they look great. I'm going to work some up too. Plus now you have more money for Friday Belts and wine, etc.

$1,600 for cards is Park Ave money which I don't think anyone living on Park Ave has anymore. Hence, the demise of such a beautiful and elegant shop as Mrs Strong.

Are they letterpress printed

Because that's what I would expect out of you.

Have fun sir and good luck networking with those badboys. You and G both did a fine job. I wish I could go, though I don't think I'm in an position to network myself.

Strange you had that experience. I was taking lots of pictures today with my DSLR (D60) and everyone at the tables was cool with it. I'll try to upload pics soon. Need to get some cards too...thanks for the NYC tip.

I just lost my job. I am 47
Advice? I don't want to work in my field anymore. I don't have a lot of money.
You have had a lot careers and you give good clothing advice...so how about a recession special?

Just noticed The Feminine Mystique. I never knew you majored in Modern Herstory!

Lee's. I love that place. I have an addiction issue with the lined hard black bound notebooks they carry. It actually became impossible for me to merchandise a season without a new one and five retractable pencils, one to use, four to break in heel stomping fits of temper over cashmere stitches... yah, that good.

Summer is a Verb said...

That was so funny I went the extra mile to drag Babe over to the computer to share. I say, get the ohter cards made hahaaa...XXOO

Great, and timely, topic. I have some serviceable cards that I've been using for a while but am ready to create something that really fits OTC. You and Giuseppe have given me a lot to think about.

Joey B- Engraved...with a crow bar.

LAS- A good time this year. Met some wonderful folks. Network is a word (and activity) that creeps me out.

Dis Prep- Very different atmosphere this year plus it was busy. Last year, when I was there, it was pretty dead. Although, Michael Williams walked by me and said, "Put the camera away, loser."

Anon- There's only one.

Anon 3:36- THat book is not only one of the most interesting I've ever read - - Had I read it 20 years ago I'd have had better luck with women. I highly recommend it.

Summer- Is it worth a needle point belt?

OTC- A designer gave me a card yesterday on two ply walnut. Amazing what's out there.

Any designer worth his salt will tell you that it's better to have a good concept than a good execution. To wit: the nice hang tag cards your friend made. Perfect. And yours? Perfect. Your dad would agree: never over-design to cover a failed idea. You didn't. It's not. And your card does have a concept. You might not see it but it's right there. So there!

Letterpress? Sure, it's nice to get...when you get there. Large quantities at a great price? You'll never get through them, I promise. Two ply walnut? Nice, not for you. Everyone's drinking, the lights are low. No one notices, let alone cares. Leave the "big card" look for estate purveyors to fawn over. I applaud your restraint.