"Human beings are at their best in bars." Alec Waugh.

The Bartender... I've known a few. Some more intimate than others. I have a standing rule with the profession. Don't drink to an excess in their presence. If I do manage to get over served, I leave immediately. I want to to come back and be welcomed, and frankly, I don't think anything leaves a bad memory more than a drunk in a bar. 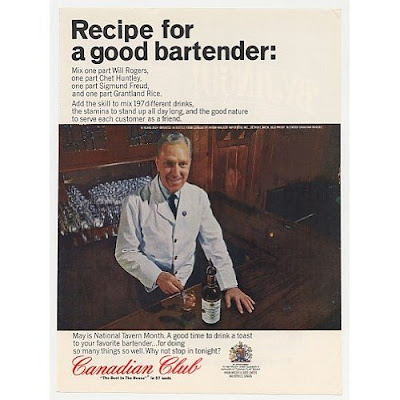 If a woman tries to pick you up at the bar it's always best to leave with her. Even if you just take her to her door. Your bartender doesn't have to know and you don't have to tell him. But he'll remember when you return. He doesn't want to know anything and it would be bad form to bring it up. Instead, he'll grab the bar in fornt of you with both hands and smile, "Whadaya have?" And that's all that needs to be said about that.


Do not tell your bartender how to make a drink. Either in conversation or on anything as vulgar as the other side of your business card. If your barman is incapable, suck up what he fixed and order an idiot proof beer or glass of wine. Hopefully you'll be picked up and can leave immediately. 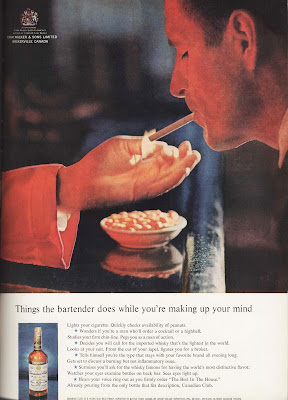 Do not make a meal of the nut dish. One bowl and no more than two. Same to be said for martini olives. Only women ask for more than three. Besides, you can't afford to lose that much displacement. 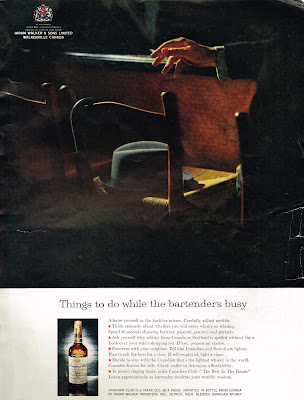 Get to know your barman. His past, his loves, his hopes. Often this works far better than over tipping... except in NYC. A bartender at the Union League in Philadelphia took me to a strip club where we bonded over red heads. What he called, "Strawberry Shortcake."  I rarely received a free drink but he always took good care of me. I took a bar maid to a black tie charity auction in Chicago. She became a warehouse of free drinks. So much so I stopped going for fear she'd be fired.

Never forget a good bartender. In 1985, I went to Harry's Bar in Philadelphia and had one of the best gin martinis of my life. I returned to the city 16 yrs later and mentioned the bar, sadly closed, to a local who told me,  "He's at the Liberty Place Westin now." I went to the Westin and there he was. "Murray, you're the only reason I came back to this goddamn city." Murray, like any man, is proud of his work and a sincere compliment goes a long way.

If you can tell a story-- tell it to the bartender. It can't be long. And it has to be your story. Not a joke. For instance, the bartender suggests a double Johnny Walker Blue and you reply, "That's like saying there goes a really good looking nun." Somebody at the bar says, "Well, that's his tale of woe" and you reply, "Sadly, there's a lot more woe than there is tail in this world." Your bartender may have heard these but they're used as simple exclamation points.

Conversation is key. I mean, why would you even be in a bar unless you wanted to converse? Which is when we're really at our best. 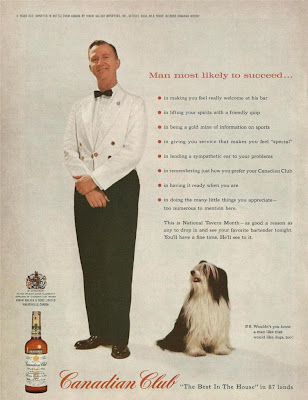 Labels: Food and Drink, National Tavern Month, Why We Drink

Well said! I have no interest in a free drink, just a desire to have my usual drink made in a trustworthy manner in a comfortable environment.

I look forward to meeting this "Social Chemist."
That is what my father-in-law...a very serious drinker...used to call a good bartender.

"And a Dewars neat forr the lady." ME

So Tintin, what neighborhood(s) did you call home? I sorta thought you were in Washington Square? Not that my adopted city is very large. Douglas

Interesting. The closest I've gotten to the types of bartenders in these ads would be in hotel bars during business trips . . . like having a three to four day crush on someone after the workday is done. In the past, I've felt very simpatico in bars I've been to in places like Milwaukee or Cleveland. But, I live in Texas and we drink on patios most of the time these days.

What'd you take some genius pills before you wrote this one? Geezus. None more than "you can't afford to lose the displacement".

A copy of this should be given to each young man upon turning twenty-one. Well done. Nice, clean writing.

They're good for mixed drinks....and a kind word.

A topic dear to my heart. Very well done. I just hate the depressing time when, in my out of the way town, one of the rare good bartenders leaves town. I feel abandoned and adrift. And thirsty.

Thank you for the reminder of what a damn good writer you are.

Great advice. Highly recommended to be followed, especially when in Washington at Martin's with Aniko during the day, or John at night. It will be appreciated.

what a good story . . . just enough, never too much. It's always a pleasure to check back and read what you have say.