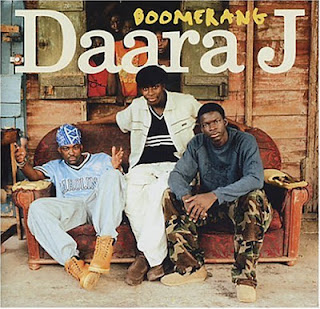 1989 - I remember the drive home from work on Friday nights in an '86 maroon Jetta with a dying heater that smelled like feet, under arm and crotch...all at the same time. The radio was tuned to NPR and the whining news was followed by by Georges Collinet, radio host of Afropop.  It was perfect for Friday nights. The end of the week being wide open to new music. Hell, new anything.

Collinet's beautiful voice...happy and surprised at the same time...introduced groups I never heard of. Back then it wasn't easy tracking them down. Not so hard today. Daara J's, 'Paris Dakar' (featuring Disiz La Peste) was a favorite back in 2003. Date night is Saturday night but Friday nights are for what you don't know -- and it might very well kill you.

Nice groove, close my eyes and I'm chilling in Joburg taking in all the danger around me.

I always like to refer to George as: "the Casey Kasem of Cameroon." Mean no offense to George...just always had a bit of a ring to it.