Hanging On by the Skin of it's Closed Vent Suit 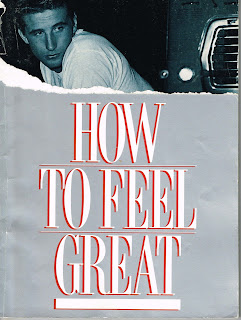 There was an easy scruffiness to Philadelphia in the '80s.  A Center City news stand sold half cover M magazines for half price. Innocent ignorance would be corrected by a girl friend, later a wife, later an ex-wife, who knew the owner was returning half covers as unsold and selling the magazines at a discount. Philly always had an angle and while everyone seemed to come from money -- no one ever had any.

Private clubs in Philadelphia were everywhere; thread bare and worn.  Boat House Row gets my vote for most thread bare. Schuylkill means hidden river in Dutch but unlike NYC, not much was hidden in Philadelphia.  I was in my senior year of college in January '84, but would work for a year in Philadelphia in 1986 and it was not at all unusual to see men wearing a straw boater hat and seersucker suit strolling east on Samson and entering the Union League Club through the back entrance.  Mostly, people were what they said they were and save for Chicago, I've never known a less pretentious city.

There was an active social scene and I was invited to a party at the Vesper Club Boat House Row.  It's one thing to be a Naval officer's son - - quite the other to be a Green Beret officer's son. No one cared. There was a diverse mix of Jews, blacks and gays at these parties and I'll never forget a beautiful Iranian woman who owned an art gallery. She almost had me taking Farsi lessons.  What was important was your attire. An Italian friend, a Mummer, might have problems at the Vesper. Sammy had that, South Philly-closed vent suit- tone on tone shirt- grey leather shoes- thing going on and he always wore a crucifix explaining he wasn't religious...he just didn't want to be mistaken for being Jewish.

Late Friday night,  I walk by an old brownstone on Spruce and hear a band playing.  I slow to listen and overhear someone say the Hooters are practicing.  I pass the onlookers as the bass line of 'All You Zombies' thumps in time to my cadence.

In 2001, I moved back -- after 15 years. Looking for something. But Philadelphia turned into a city of Zombies.  Gutted, vacant, broke and hanging on by the skin of its closed vent suit, it seemed ready for a revival.  A diamond in the rough just waiting...

and then... just three blocks north, an empty Cheetos bag blows like a tumbleweed past a burnt out rowhouse.

It is SANSOM street! fer Chrissake you and I were drinking on SaNsom street last Thursday!

Face it Tintin, you're just nostalgic for the late Krass Brothers,the Store of The Stars at 9th and South. As for me, it all ended when Stetson Hat moved out. That and Baldwin Locomotive. Dang these confounded automobiles.
Douglas

Went to a "do" while in college, with a buddy (1970, I think). Out on the Main Line, some big country club, black tie, the "Winter Young Debs' Social", or some such, felt a little like a rube.

Rather nice girl I met said about the same as you: they (almost) all came "from old money", and were going to have to hustle for jobs after graduation, as trust funds tend to dry up when the last two or three generations haven't fed the kitty

80's MTV video's. I dug em all. Can't claim time in Philly, but enjoyed your above ride.

NC jack: The saying goes on the Main Line as follows: "Their money is so old its gone."