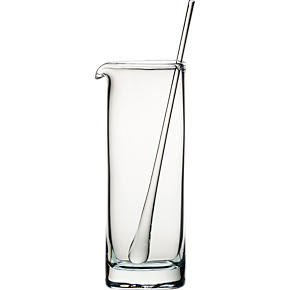 My mother hired me to tend bar for a party in her home the Summer between my leaving the Army and starting college.  It was mostly opening beer bottles, pouring white wine and sloshing together the occasional G&T or V&T.

A neighbor, who had flown B-17s in WWII, dated Suzanne Pleshette and wrote for Esquire in the late '50s, approached my bar in the kitchen, flashed his brilliant smile and asked for a gin martini. For years, I had made martinis for the Old Man. That  consisted of taking a bottle of Beefeater and a martini glass out of the freezer, filling the glass with syrupy chilled gin and adding a couple olives. It was how the old man liked it -- It was how I liked it.

I explain to Bernie there's no gin in the freezer and he scoffs, "You don't make martinis with frozen gin." I'm guessing Bernie was in his early sixties then. "Got a pitcher?" We find the appropriate mid 20th century Danish glass vessel and set to work. Bernie pours eight ounces of gin, adds a teaspoon of dry Vermouth and throws in a couple handfuls of ice. 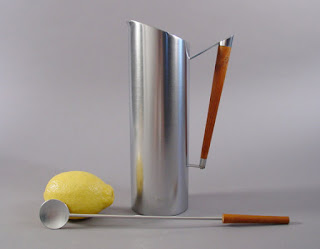 I volunteer my unsolicited wisdom of 22 years, "Stirred, not shaken? I never understood that. Doesn't get cold enough. I'd rather just have it out of the freezer." Bernie stir's the pitcher with a glass rod, "The gin needs the dilution from the ice," Bernie says while the ice sounds like the high keys of a piano. I shake my head, "Bernie, this could take years." Bernie looks surprised, "You have someplace to go?" "No," I admit, "Not at ten bucks an hour." Bernie asks if I've decided my major. "English," I say proudly.

The glass rod continues counter clockwise. Bernie stares into the pitcher, smiles and looks up at me, "I was an English major." Bernie pauses and stirs...I'll tell you a story every English major should know. Sadly, most don't. Lost to time, I guess." "Sure," I say and wonder if this is when Bernie'll tell me how he planked Suzanne Pleshette.

"So," Bernie stirs, "Oscar Wilde was released from a prison in Reading after serving a couple years for sodomy. Everyone knew it was with Alfred Douglas, the son of the Marquess of Queensberry." "The boxing Queensberry?" I ask. Bernie stirs and nods, "Mmmm, Alfred was known among his friends as Bosie. His father, the Marquess, had it in for Wilde. Set Wilde up - although in the trial it was Wilde who put himself in jail." "Really?" I say, lost in the pentameter of the glass rod. 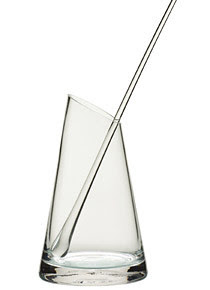 "It's true," Bernie says. "Wilde's released in the late afternoon and since London's almost a day away by coach, he looked for a hotel room in town.  Everywhere he went, once he signed the register, he was told to leave. He drags himself into a tiny inn and explains to the innkeeper, "Look, I'm Oscar Wilde. I have served two years hard labor for my crime, I've learned my lesson and have turned over a new leaf. I've been turned away from every inn and am desperate for a room. Would you help me, sir?" The pitcher frosts with the chill of ice as Bernie maintains his stirring cadence."

"So what did the innkeeper do?" I ask. Bernie smiles, "What could he do? He rings for a page and instructs the young man to carry Wilde's bags to his room. Wilde thanks the innkeeper and follows the young man up the stairs. Five minutes go by and no page.  Then 10, 15. Finally, a half hour later the page still hasn't returned. The innkeeper trudges up the stairs and knocks on Wilde's door. No answer." Juniper wafts around our heads and it whets my appetite like garlic hitting hot olive oil. 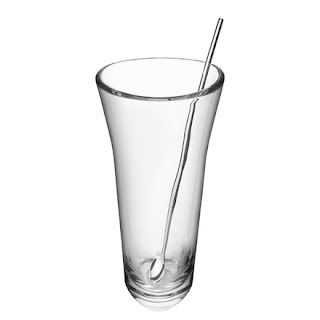 "You do have olives?" Bernie asks. "Sure," I grab a Manzanilla bottle from the fridge. Bernie hums to himself while I open the olive jar and ask, "So, no answer at the door?" I bring Bernie back from some place far away. I'm guessing he's with Suzanne Pleshette. I know I'd be. "No answer at the door. So the innkeeper pulls out a key, opens the door and there's Wilde, stark naked in bed with the page, also naked. The innkeeper, shocked, says, 'Mr Wilde! You assured me you had turned over a new leaf!' Wilde looks up at the innkeeper and says, 'And I promise I will, sir - - Just as soon as I get to the bottom of this page.'"

You probably had to have been an English major to appreciate this -- but every man should have his own martini pitcher and stirring story.
Posted by tintin at 15:57

Great story! I had SUCH a fixation on SP for rather a long time.

Thank you very much Ladies and Joims!

The Greatest Generation! Love it!

Good story. I'd go with a half teaspoon of vermouth (just my pref).

Bernie's right about stirring, too.

Great story. "You have someplace to go?" Just the thing to say to people in our brave new electronically connected world. It'll for sure draw blank stares.

Beautiful Italian pitcher. Something about wood. And the lemon, maybe. Everyone else gets hung up about the olives. A martini just look better with a twist.

Suzanne Pleshette? Dang. Still can visualize her in those cute sweaters in "The Birds." Before she had her run-in with nature, of course...

Great story...but you know that in 1900 or there about when Wilde was let out of Reading Goal, he could have easily got a train to Paddington, very close to the still louche Edgware Road and the Metrople.

I suspect a wind-up but still a laugh!

Hert- Good point. Do you know what time the last train was out of Reading? We'll just assume he missed it...

Amazing as always, but these Yarai Mixing Glasses are the real deal: http://www.cocktailkingdom.com/Yarai-Mixing-Glass-p/mxg_yaraimixix_0000_jap.htm

I've just checked Richard Ellman's 'Wilde' and you know he did miss the last train from Reading...