The Zombies Be Dancin' Tonight 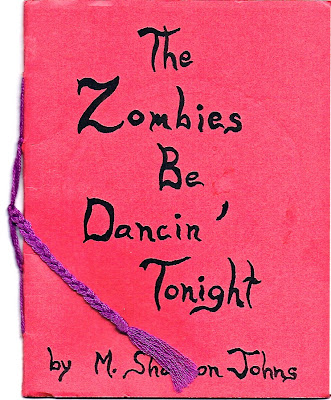 There was a story in the NY Observer years ago about a young photographer who took street pictures in NYC and hand crafted a little book with an orange cover and sold them on the street and in a few retailers.  The story is mostly about how she offered the book to Andy Spade to sell in his Jack Spade shop. 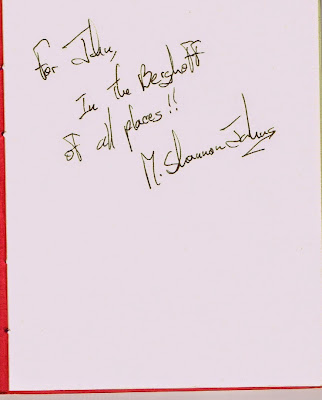 Shortly after I married, I moved to my wife's hometown of Chicago and worked for an insurance company down in the loop and around the corner from the Berghoff.  We'd made plans to have dinner there one Friday night.  It was my first visit to the Berghoff.   She was running late so I stood at the bar, ordered a pitcher of dark beer and waited.  The guy standing next to me asked the bartender for a cigar and I watched as the doors of an old humidor were opened and a massive cigar, eight or nine inches, was handed to the customer who promptly lit up. 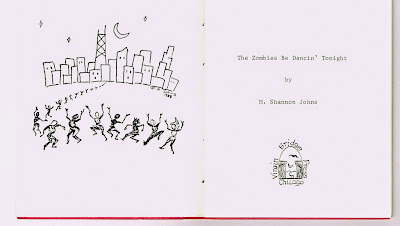 This was too good to be true --  As a fan of cigars since the Army, I was well aware that 'bars and cigars' were few and far between… so, I struck while the iron was hot.  I asked the bartender for a cigar but requested something smaller. "This is all we got," he said,  holding up what looked like a black ruler.  I tell him I'll take it and the king size double maduro is handed to me. 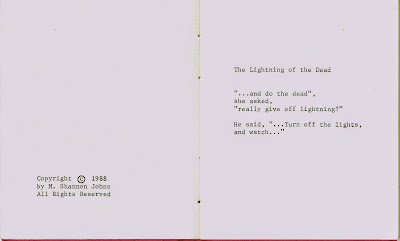 The guy next to me smiles with his cigar and passes down a box of matches.  I torch the thing up and it's not bad -- Perfect with the dark draft beer.  I take in the Berghoff and fall in love with the honest history and charm of the place. 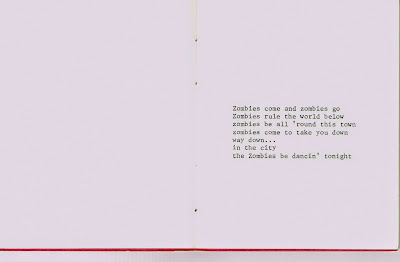 My wife had told me The Berghoff opened in 1898 and, until 1969, the bar was for men only.  That night, it was a pretty Yuppie crowd.  A young woman walked by, looked at my cigar and said, "You look pretty stupid with that." As she walked past, I shouted out to her, "Now I know why they kept women outta here for so long!"  She turns back and laughs and walks on.  The guy next to me applauds. 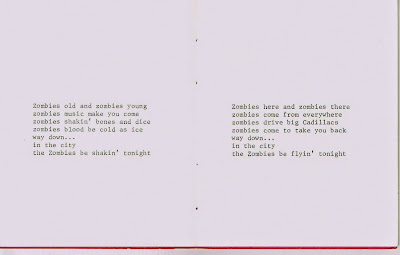 I remember he was in his early to mid - forties and black. He had a soft face and he was quick to smile.   We talked about cigars and beer and women and the Berghoff.  He asked what I did and I asked what he did and he said he was a writer.  Well, not really a writer…more a poet.  He pulled a rubber banded bunch of little books out of a canvas bag and offered me one. 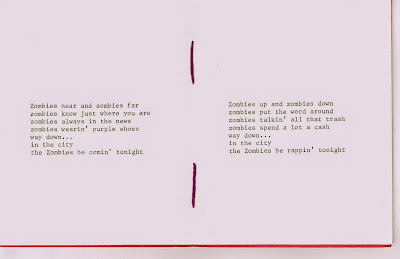 I flipped thru it and was taken by the dancing zombies with the Chicago skyline.  He asked if I wanted it and I said sure.  "They're $5 a piece," he said.  A little thrown off, I reach in my pocket and hand him a five.  He puts his cigar in his mouth and stuffs the bill in his pocket. 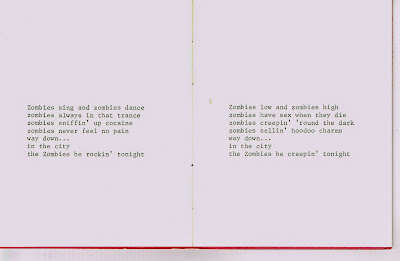 He tells me he makes a living doing this and I shake my head.  He says he really does and he's not bullshitting me.  I tell him I believe him…I just wish I had the balls to do what he's doing.  My wife of four months comes in and I introduce her to M. Shannon Johns. 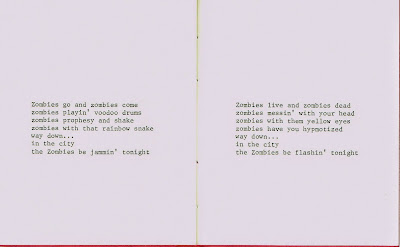 We chat for a bit and Mr. Johns moves on with his cigar and glass of beer to meet some friends.  I've kept this little book for many reasons.  Some as shallow as thinking the illustration would make a great T-shirt but knowing I'd never do that.  Not without asking Mr. Johns. 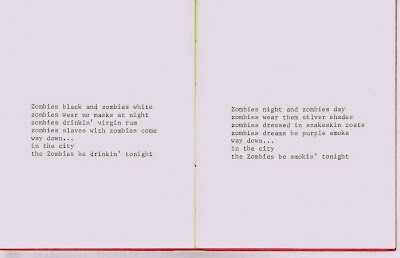 That photographer who offered her book to Andy Spade was Carla Gahr.  She showed him the little orange book in late Spring. He said he loved it and would see what he could do but she never heard back from him. 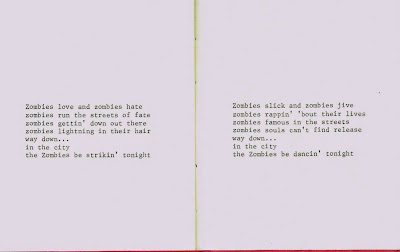 In July, Miss Gahr opened the NY Post and was surprised to see a book similar to hers entitled, "Honesty" being sold by Jack Spade.  You can read the story here.  It's buried but scroll down and you'll see it under the headline, "When is a Spade Not a Spade." 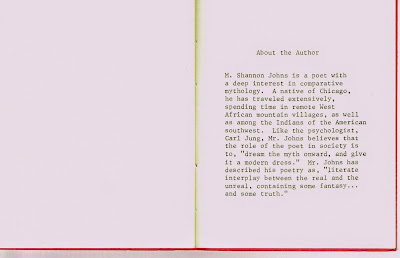 Inspiration is a tricky thing.  I still think about Mr. Johns selling his books on the street.  The nobility of that is what's inspiring to me.  I guess, in many ways, I'm doing what Mr. Johns did... except he got  five bucks a book. I'd kill for five bucks a post.  Anyway,  lest you think of being inspired by this little book of Mr. Johns,  I'll leave you with a thought for your conscience from Tobias Wolff,


"The plagiarist has already been punished; the very act of plagiarizing means that you have confessed an inability to do something on your own, which is a pretty harsh verdict to bring on yourself. No one else can condemn you more than you have already condemned yourself."

I made one very good friend in my first year of law school. He was (is) a few years older than me; although I wasn't young for a law student he was just enough older to have a shade more perspective. One evening deep into the first semester we were studying at his apartment and he pulled out "The Night In Question" and said, "You really need something else to read."

I didn't understand how right he was until that night, when the words Tobias Wolff surely did not plagiarize washed over the hot cobbles of my brain like clear, cold water.

JKG- The first time I read Wolff, and it was The Night in Question, it connected to me like hard wire. It was instant. It was everything I knew and I knew Wolff knew me better than my own mother. He's always been something I can dance to and I can't dance.

I can't find anything on M. Shannon Johns other than what seems to be two other poetry books. It's a shame, really, because this is good stuff.

Fabulous quote and interesting Spade article. I remember sweating for days over advertising copy and having some Big Accounts Guy (probably with one of your eight-foot Freudian cigars) sniggering 'God gave yer eyes, plagiarise.'

I'm still pathetic enough to be flattered by people wanting to nick my stuff....

Loved the post and the Wolff, JT. and the trad has just kept getting better in the years since we've talked or E'ed or whatever. Lord, I've missed you. Would love to catch up. Bash a few TV shows or something.

All best, Dianna from the south. xo

Continually amazed by how many awesome stories you're able to dig up from your past.