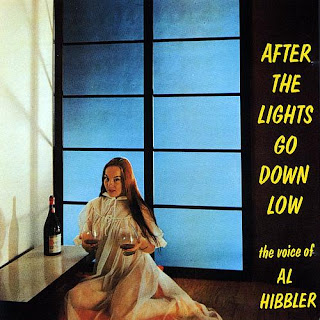 A number of legendary singers in the 20th Century made their name during the Big Band Jazz Era 1930 – 1950. Bing Crosby, Frank Sinatra, Nat “King” Cole, Billy Eckstine, and Tony Bennett come immediately to mind, as do Ella Fitzgerald, Peggy Lee, Billy Holiday, and Sarah Vaughn. But there were other incomparable vocalists who came along during that period whose names have seemingly vanished like ashes in the wind. No less a musical genius than John Coltrane pronounced the incomparable vocalist Johnny Hartman – not exactly a household name -- the greatest ballad singer ever. And Mr. Five-by-Five, the ebullient Jimmy Rushing, was the most gloriously happy singer next to Louis Armstrong himself.

And then there was Duke Ellington's favorite singer, Al Hibbler. Hibbler is completely impossible to categorize, thank god we have the recordings.

For most people, Hibbler was the most problematic. He was a peerless stylist with an unforgettable burnished baritone voice that could croon and growl in the same line, but he wasn't even an acquired taste. He didn't have great general appeal, and you either got Al Hibbler or you didn't. He's one of those performers you either adore or don’t understand what the fervor is about. But Hibbler sang like first-degree murder, he was intent to do it. He sang his ardent fans out of their seats at Carnegie Hall dozens of times. Ellington loved him.


It was at a record dance as a teenager I first heard Hibbler's sublime rendition of “When the Lights Go Down Low”, and that was it for me. I've been a Hibbler fan ever since. “When the Lights ...” was something of a brief hit at the time, and was quickly followed by another, “Unchained Melody” (originally the musical theme of the film “Unchained”). There were a few other songs that made the charts, but Al's voice – his phrasing, his accent (often oddly sounding like a Cockney), the timbre (given to the occasional growl, bark, and chortle), the strange rough-and-smooth seersucker quality of his deep, bluesy baritone – was just too uniquely mannered for many listeners. His phrasing had an innate sense of drama combined with an incredible vocal power, yet he was never – and I say this as the greatest possible compliment – a pop singer in any sense of that word. You could categorize him as a jazz singer, a blues singer, a saloon singer, or a big band singer, but never as a pop singer. 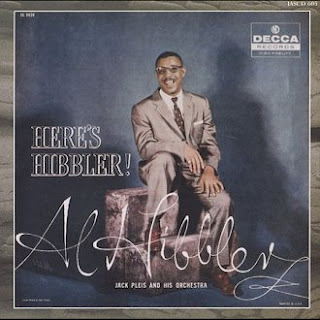 He was decidedly sophisticated and urbane as a vocalist. He had a wonderful ability to make the most mawkishly sentimental songs seem somehow authentically emotional, so his renditions were completely antithetical to pop music. I’m sure you understand how difficult this is to do, given the nature of so many adolescent lyrics. His recordings of the poem-songs “He”, “Trees”, and “Old Folks” are in fact majestic, as is his affectingly tender version of the sentimental Irish ballad “Danny Boy”. 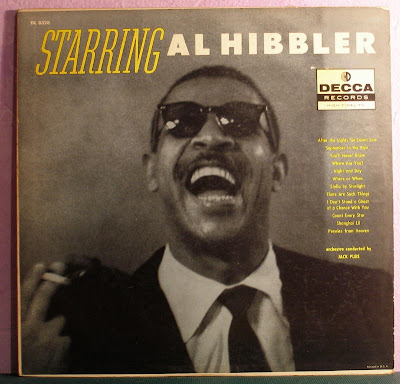 And Hibbler had a great influence with other performers. The Righteous Brothers did a hugely successful version of “Unchained Melody” (but then so did Elvis, The Supremes, and Joni Mitchell among others), and there have been numerous recordings of “After the Lights ...” (Marvin Gaye, Lou Rawls, and Freda Payne among the best). None comes anywhere near the originals by Hibbler. To my mind, no one could. 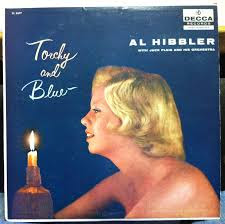 Albert Hibbler was born in Tyro, Mississippi in 1915, blind. He first recorded with Territory bandleader Jay McShann, then Ellington (with whose band he sang for eight years), Count Basie, and Johnny Hodges. His versions of “Don't Get Around Much Anymore”, “Solitude”, “I Surrender, Dear”, and “Do Nothing Til You Hear from Me” (which Ellington wrote specifically for him) are definitive classics by anyone's standards. He was part R&B, part swing, part gospel, and all soul. He won both Esquire’s and Down Beat's “Best Band Vocalist” award, even though real success such as enjoyed by some other Black singers eluded him. Not to mention that Rock ‘n Roll had washed over the land and swamped virtually every jazz singer around. 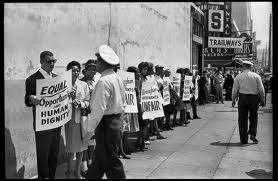 In the '50s and '60s he became a civil rights activist, was arrested and jailed on several protest occasions. The notoriety and the rapid demise of big band music pretty much finished off Al's career completely, and for the remaining thirty years of his life he recorded rarely. But perhaps his single greatest honor was yet to come. In July, 1971 he was asked to sing at Louis Armstrong's funeral. He chose the song, “Nobody Knows the Trouble I've Seen”. Louis would have adored it. A year after that he made his last album, “A Meeting of the Minds” with saxophonist Rahsaaan Kirk. He spent his last two decades in relative obscurity in Chicago, and died in April, 2001. He was a man of consummate style always.

After the Lights Go Down Low (Atlantic)

Thank you Mr. Boyer,
I learned something today...

The Hibbler version of Unchained melody is by so very far the BEST!

Perhaps a mention of Johnny hartman in that first paragraph?

Hibbler's vocals were always a dream...smooth as Mississippi mud as some said.

When I was a kid, about five or six, my favorite song was Johnny Hartman's "Charade," I used to put the record on along with headphones and belt it out. I have never had a pleasing singing voice, but I remember looking forward to doing that most days.

There are several good ones near the end of his life, f.i.
For sentimental reasons with Hank Jones on a small label called Open Sky 3126
... and don't forget his Christmas songs
jazzrealities